As two extended Ireland Men’s and Women’s Sevens squads travel to Spain for the annual Elche 7s tournament, Anthony Eddy wants his players to give the coaches a selection headache ahead of the first combined HSBC World Rugby Sevens Series event of the 2020 season.

This weekend’s tournament in the south of Spain will see both Ireland Sevens sides face international opposition and provide them with another valuable opportunity to build cohesion and momentum heading towards the eagerly-anticipated double-header in Dubai and Cape Town next month.

Eddy and Women’s Sevens head coach Stan McDowell have named 15-player squads for the trip to Estadio Jose Díaz Iborra, handing a number of players the opportunity to push their case for selection as competition for places intensifies.

Billy Dardis will captain the Ireland Men as they face Portugal, Scotland and local outfit Viator 7s, with Cormac ‘Izzy’ Izuchukwu of Old Wesley and Ireland Under-20 internationals Aaron O’Sullivan and Iwan Hughes keen to impress and lay down an early season marker.

Alongside the established members of the squad like Harry McNulty, Mark Roche and Terry Kennedy, Ulster Academy winger Aaron Sexton will also be among those hoping to showcase himself on the international stage as Eddy continues to build depth across the IRFU Sevens programme.

The Ireland Women, meanwhile, have included 11 players who featured in their World Series opener in Glendale in October, including captain Lucy Mulhall, but the addition of Claire Boles, Lucinda Kinghan, Maeve Liston and Grace Moore is another strong reflection of the options now available to Eddy and McDowell.

“We’ve managed to develop some good depth in the programme over the last couple of years,” Eddy, the IRFU Director of Sevens and Women’s Rugby, said at the Union’s High Performance Centre. 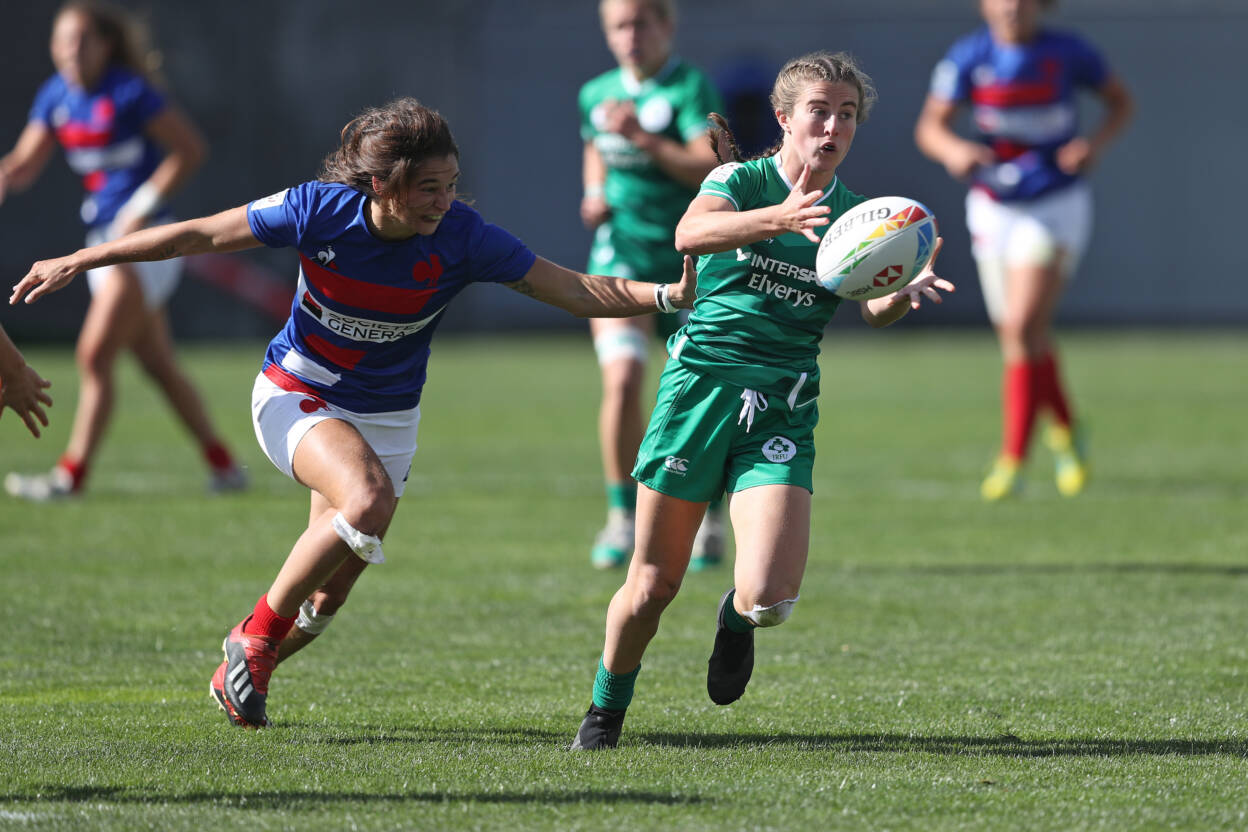 “We’re taking 15 players to Spain in both squads so it provides those players with a really good opportunity to put their best foot forward and earn a position to be in the 12 or 13 that will go to Dubai and compete in the World Series.

“From that point of view, it’s a good challenge for the players and it makes life harder for the coaches to select that group for the World Series.”

With just four weeks to go until the Ireland Men make their debut as a core team on the World Series, Eddy has been encouraged by the progress shown by his side during pre-season following good performances in Chester and at the RugbyX tournament in London.

Having reached the final of the Elche 7s last year, the Ireland Men will open their campaign against Portugal on Saturday morning (10.40am local time/9.40am Irish time), before further pool outings against Viator 7s (2pm local time/1pm Irish time) and Scotland (5.30pm local time/4.30pm Irish time), who they will also come up against in Dubai.

After finishing eighth in the opening leg in Glendale, the Ireland Women are preparing for their first double-header of the 2020 campaign. Five matches against France, Belgium, Emerging France, Spain and Poland across Saturday and Sunday will serve as valuable preparation for Dubai and Cape Town.

Eddy added: “We’ve got good competitive squads and this weekend in Elche we’ll have tough opposition against a number of other national teams.

“Our players know they will have to be very competitive and put their best foot forward to earn selection.”