Stars of the world game were on hand in Cardiff today for the official launch of the 2019/20 Heineken Champions Cup and Challenge Cup tournaments and to celebrate the the start of the 25th anniversary season of Europe’s premier club rugby competition.

Tournament winners Jonathan Sexton, Leo Cullen and Allen Clarke, as well as Chris Robshaw, Iain Henderson and Dan Lydiate, were among the leading lights who attended the event at the Principality Stadium, in addition to Emile Ntamack, the Toulouse captain from the first European Cup final which was staged in the Welsh capital in 1996.

Leinster captain Sexton commented: “It’s an unbelievably special competition, one that we’ve been lucky enough to have some success in over the years, and we’re trying to add to that now.

“The fifth star is a huge motivation for the province. It’s something that Stu (Lancaster) mentioned when he first came to Leinster. It wasn’t about the fourth star, but trying to get to five, which no other side has done.

“We came so close last year. It just wasn’t to be against a great Saracens team, but hopefully we can go another step further this year. I’m sure that will fuel us. It will be a big driving factor for us through the year.” 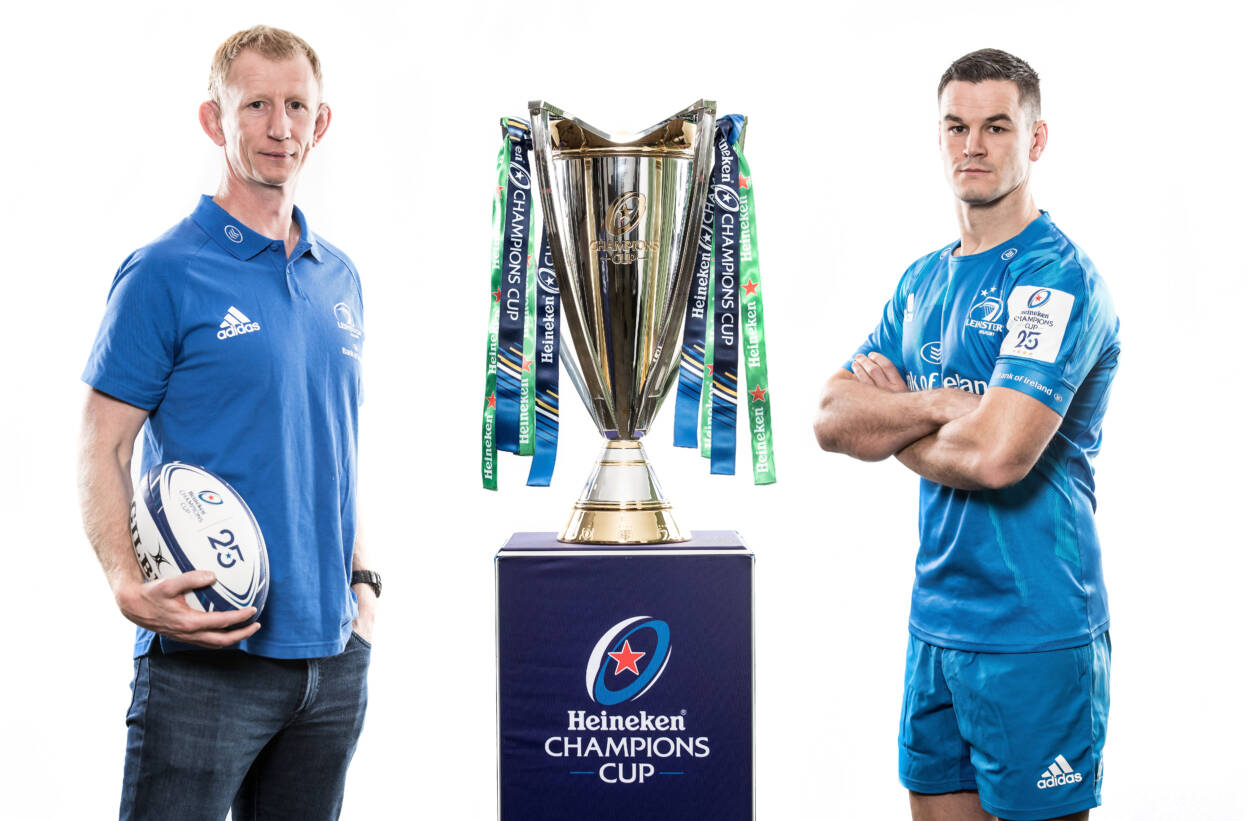 With all roads for the anniversary season leading to Marseille and the 2020 finals weekend, it was announced that the Challenge Cup final at the Stade de Marseille on Saturday, May 22 will kick off at 9pm local time/8pm Irish time, with the following day’s Heineken Champions Cup showpiece getting underway at 5.45pm local time/4.45pm Irish time.

It was confirmed that more than 40,000 tickets have been sold for the two finals matches combined as Marseille is set to become the tenth city to host a European Cup decider. Click here for more ticket information.

Head coaches and directors of rugby, and high-profile players from Gallagher Premiership clubs participating in the Heineken Champions Cup – Exeter Chiefs, Gloucester, Northampton Saints, Harlequins, Bath and Sale Sharks – and from the PRO14 teams in the tournament – Leinster, Glasgow Warriors, Munster, Ulster, Connacht, Benetton Rugby and the Ospreys – attended the event which was compered by BT Sport’s Craig Doyle and Lee McKenzie of Channel 4.

The Heineken Champions Cup kicks off on Friday, November 15 with the Pool 5 clash of Gloucester and Top 14 holders Toulouse at Kingsholm (live on BT Sport).

The following day will see the continued free-to-air exposure of the tournament which has generated increased audiences in Ireland and the UK when Bath and Ulster meet at the Rec (live on Channel 4 and Virgin Media), with the match also going out live on BT Sport.

Speaking at today’s launch, Munster head coach Johann van Graan said: “There are so many good teams in this competition and you’ve got no right to even get out of your pool. You’ve got to go and earn it over six rounds, and that’s our focus, starting with the Ospreys away.

“Every minute matters of the 480 across the six rounds. It doesn’t matter whether you are in front or behind, you’ve got to fight for every point.

“In our pool over the last two years it came down to round 6 – against Castres two years ago, when the rain-delayed kick–off for a few hours, and then Exeter last year, a phenomenal game of rugby that went to the last play of the game that put us through.

“It is so brilliant to be involved. What a competition, with the five pools, travelling across Europe, and the home and away support! It’s a phenomenal competition, so we’re looking forward to it very much.” 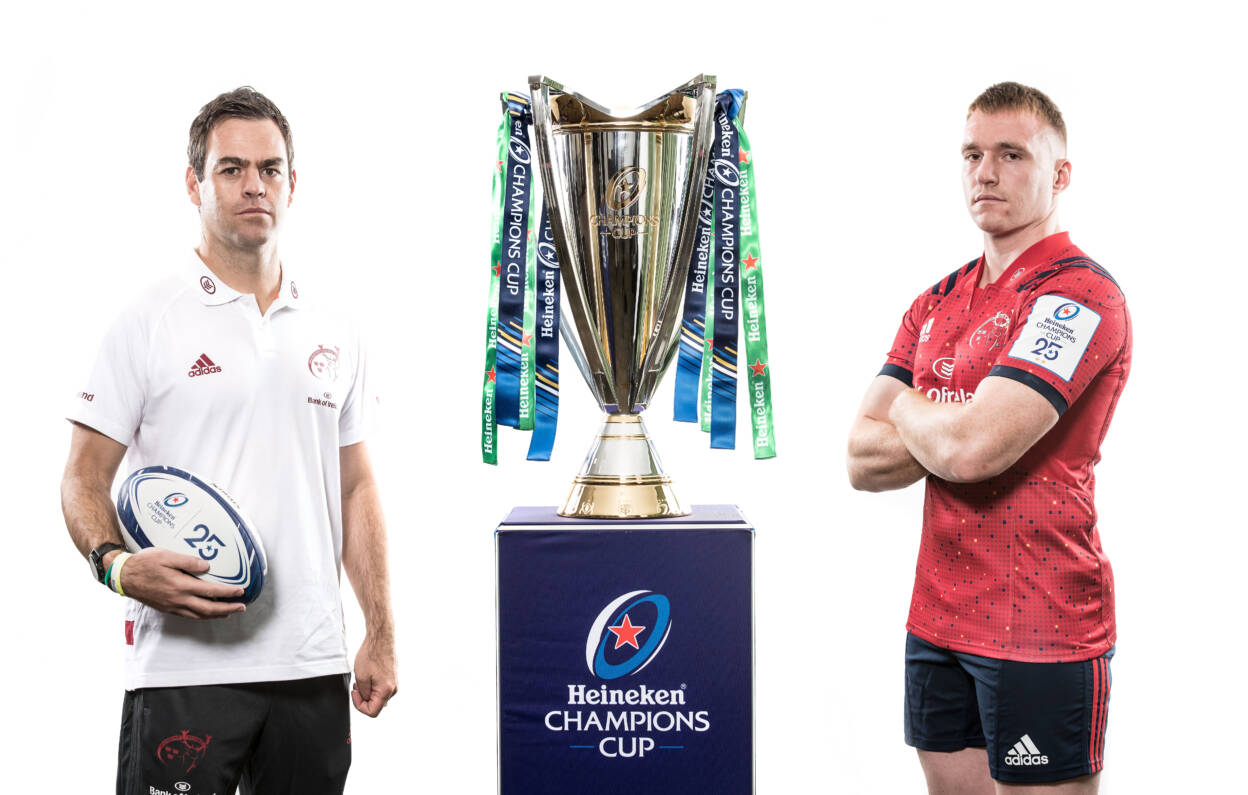 EPCR has also recently announced that an extra Heineken Champions Cup match will go out live and free-to-air each weekend in France, starting with La Rochelle against Exeter Chiefs in round 1, and this development will undoubtedly boost TV audiences in the key French market.

This enhanced TV coverage is in addition to the news that S4C will broadcast one live Challenge Cup match per round following an agreement with BT Sport and EPCR, starting with Scarlets’ home tie against London Irish on Saturday, November 16, followed by Cardiff’s encounter with Leicester Tigers at the Arms Park in round 2 on Saturday, November 23.

EPCR Chairman Simon Halliday said: “The Heineken Champions Cup has been the one to win for a quarter of a century in club rugby and we have a fascinating season ahead on the ‘road to Marseille’.

“On the back of an exceptional Rugby World Cup, stars of the global game are ready to lock horns on the continental stage and it’s an exciting prospect to be underway next week.”

EPCR Director General Vincent Gaillard added: “Finals weekend in Marseille has already excited the European rugby family and it will be a fitting destination to conclude the 25th season of what is now the Heineken Champions Cup.

“Launching the season in a city that is regarded by many as the tournament’s spiritual home is completely appropriate, and to see Emile Ntamack back in Cardiff with the inaugural trophy from 1996 is very special indeed.”