The Ireland Women’s Sevens team finished eighth overall at the HSBC USA Women’s Sevens in Glendale, breaking back into the second tier for the first time in three World Series tournaments.

It was a tall order for Stan McDowell’s side on day two, coming up against reigning World Series champions New Zealand and Canada, who were bronze medallists last season, and they ended up losing both games by a 26-point margin.

Despite finishing on a losing note at Infinity Park, eighth place and six series points was a solid start to the new season given Ireland had ended the 2018/19 campaign with a couple of lowly finishes in Langford (11th) and Biarritz (12th).

Amee-Leigh Murphy Crowe suffered a broken nose during yesterday’s pool stages, but had it bandaged up and bravely played on, scoring a brace of tries against Canada to take her Irish record tally to a mammoth 88 tries in 116 World Series matches.

Hannah Tyrrell gained some decent ground early on in the Cup quarter-final, only for New Zealand to score from their first piece of possession. Deadly winger Michaela Blyde tore clear from inside her own half for an opening third-minute try.

Stacey Waaka’s next score owed much to captain Kelly Brazier’s sidestepping run in midfield, and a lung-busting break from her own 22 saw Niall Williams make it 21-0 for half-time. Blyde and Tyrrell swapped tries on the resumption, the tall Dubliner brilliantly fielding a restart kick and dashing clear from 60 metres out.

Replacement Shakira Baker and Blyde added further scores, the latter able to complete her hat-trick at the end of an attack which saw Katie Fitzhenry floor Ruby Tui with a bone-crunching tackle. Ireland gained some late consolation when Eve Higgins offloaded out a tackle for Megan Burns to jink away from Baker and leave the scoreboard showing 36-10. 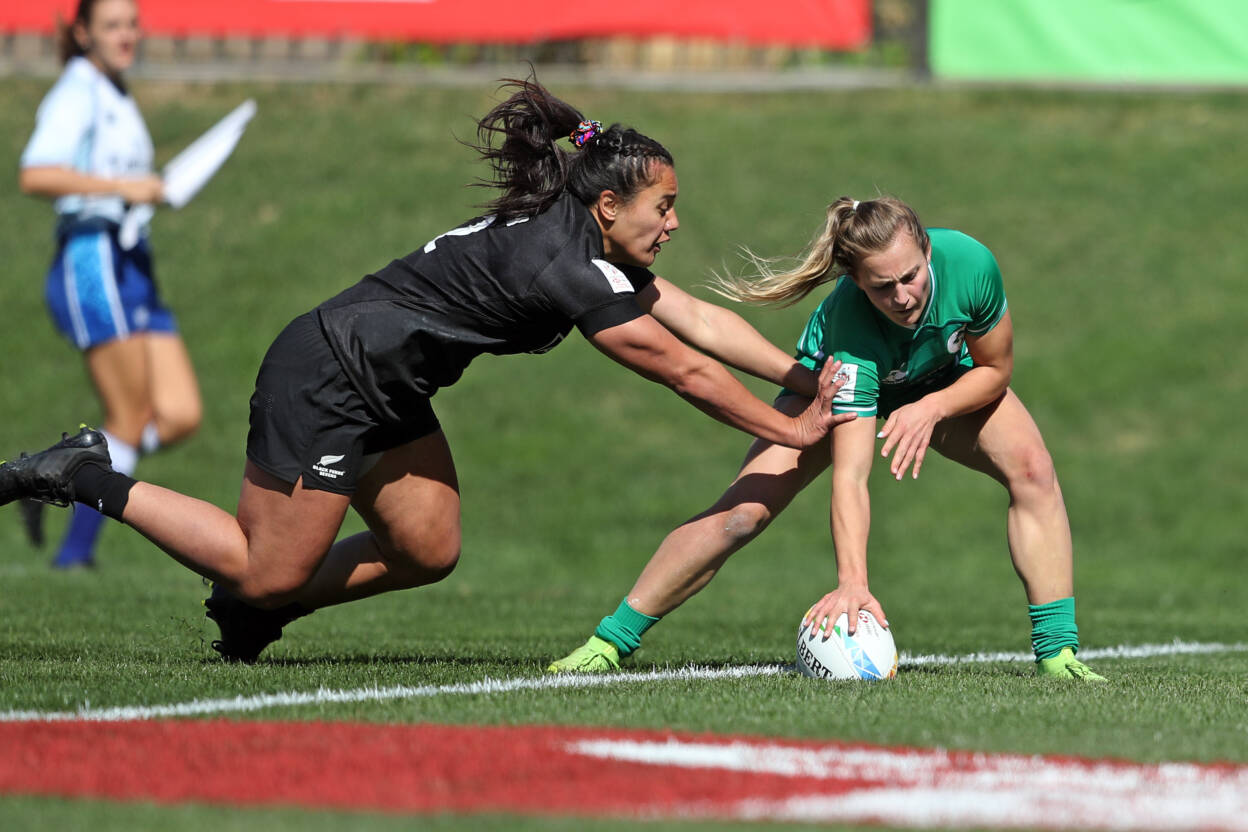 Ireland’s hopes of a third win in 17 World Series meetings with Canada took a significant early hit. Emma Chown, Kaili Lukan and Bianca Farella all touched down inside five minutes, displaying some top class finishing and exposing the Irish defence out wide.

Farella’s try-saving tackle on Lucy Mulhall prevented the girls in green from hitting back before the interval. Indeed, the strong-running Karen Paquin charged clear for a fourth Canadian try and a 26-0 lead, before Murphy Crowe used a switch move with Mulhall to get Ireland off the mark in the ninth minute.

The Tipperary speedster closed the gap to 12 points with her fourth try of the weekend, profiting from Mulhall’s tidying up of scrappy scrum possession and Tyrrell’s ability to get on the outside of Charity Williams, draw in a second defender and get her hands free for a deft pass straight to the try scorer.

However, third-ranked Canada seized control again to run out 40-14 winners. Williams showcased her pace on a try-scoring run straight from a scrum inside the Canadian 10-metre line. Chown then broke through a couple of tired tackles to close out the scoring in the final seconds. 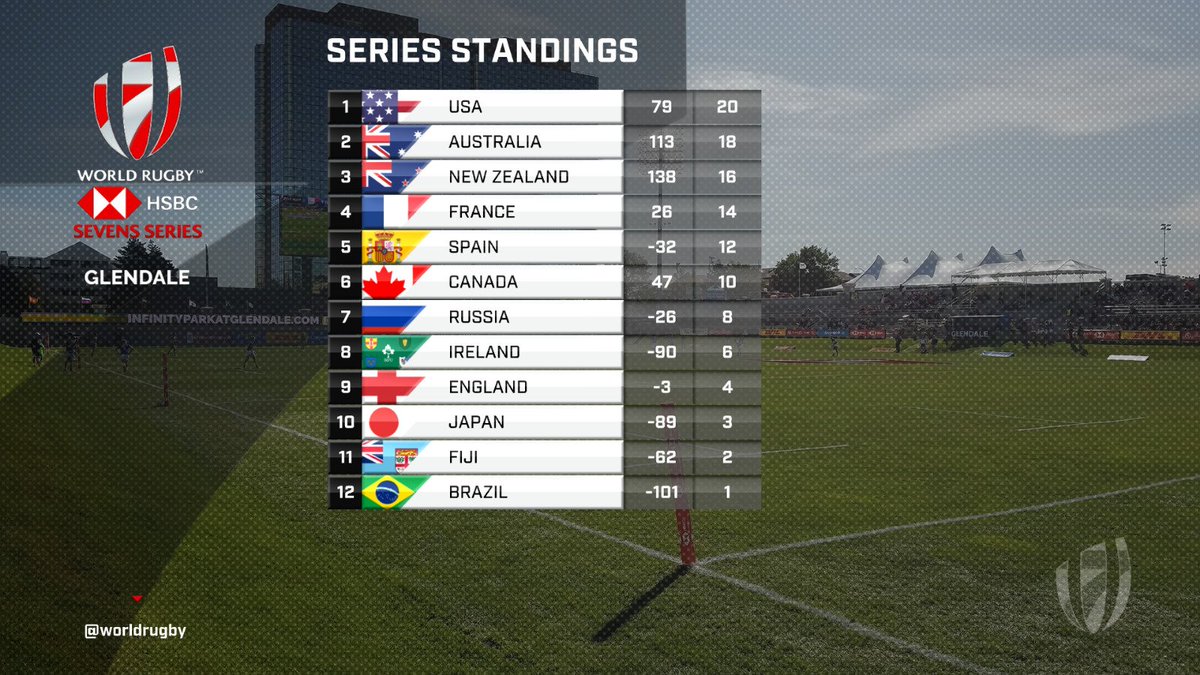 The Women’s Series will continue in Dubai and Cape Town in December with the first of the double rounds with the men’s competition. There are also back-to-back legs scheduled for Hamilton and Sydney in late January-early February, before the Women’s campaign concludes with tournaments in Hong Kong in April and Langford and Paris – both in May.

Before the Dubai trip, the eagerly-awaited first ever RugbyX tournament is next on the agenda for both the Ireland Men’s and Women’s Sevens squads. The event will take place at the O2 in London on Tuesday, October 29. For more information on RugbyX, the tournament fixtures, and how to buy tickets, click here.