Anthony Eddy, the IRFU's Director of Sevens and Women's Rugby, is looking forward to a busy season of World Sevens Series action for the two Ireland teams ©INPHO/Oisin Keniry

Anthony Eddy is hopeful that the Ireland Men’s Sevens squad can use their debut HSBC World Rugby Sevens Series campaign as the perfect springboard for next summer’s World Rugby Repechage tournament for the Olympics.

Following a third place finish at the Rugby Europe Olympic qualifier at Colomiers in July, the Billy Dardis-led squad missed out on an automatic spot for the 2020 Games in Tokyo.

There is some light at the end of the tunnel, though, as their efforts in France earned them a place at next June’s World Repechage event. Only the winner of this 12-team competition will progress to the Olympics in Japan, which is fast becoming a familiar terrain for Irish Rugby.

Before then, Eddy’s side will embark on their much-anticipated first season on the World Series circuit, having achieved core status courtesy of their impressive success at the Hong Kong Sevens last April.

“It’s a major focus (the Olympics), but first and foremost we want to show we deserve the right to be on the World Series,” explained Eddy, the IRFU’s Director of Sevens and Women’s Rugby. “Maintain our position on that, compete in that. Do pretty well throughout the year and use that as preparation for Olympic qualification.

“There’s ten tournaments in total on the World Series. If we can have some success, use that experience of competing with those teams throughout that season, I think that puts us in really good position around the Olympic qualification in June.” 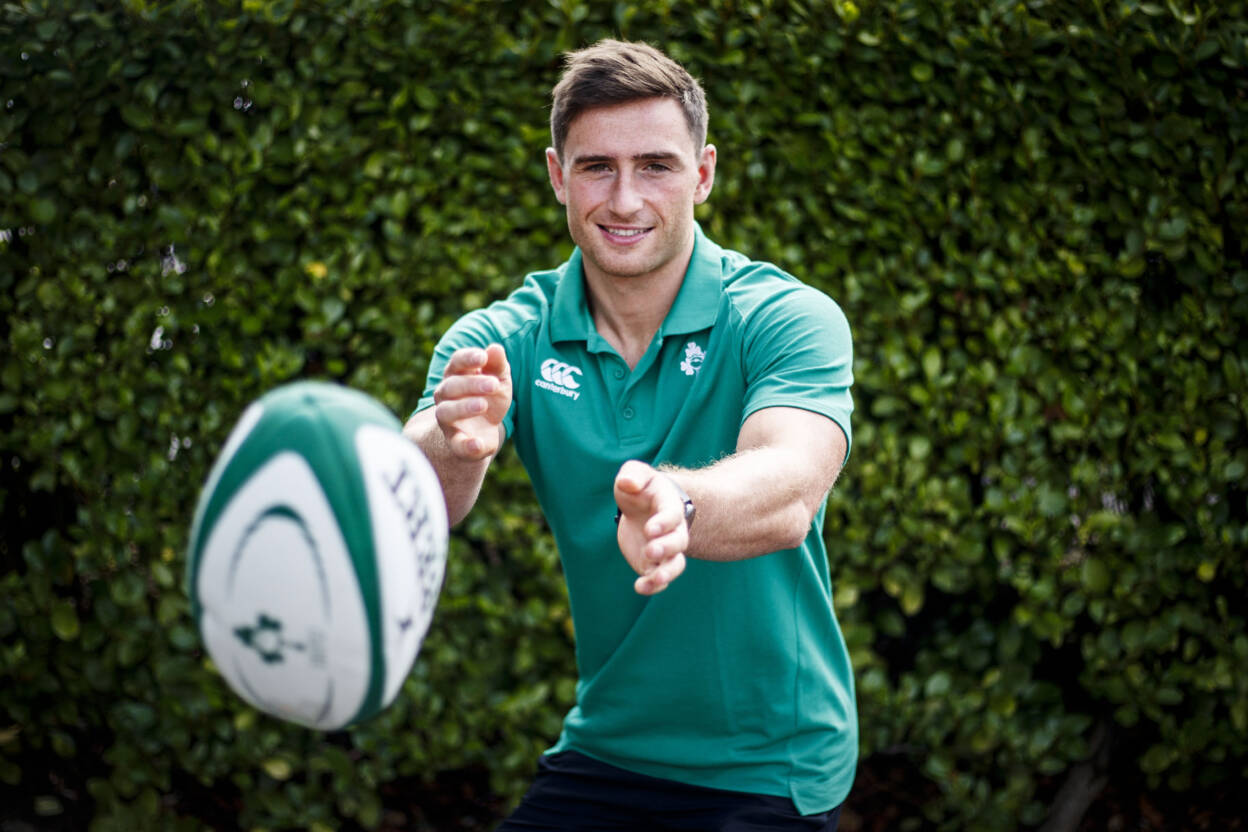 Even though the Repechage will pit them against nations from six continents, it is their European rivals France who will perhaps pose the greatest challenge to Ireland. It was les Bleus who defeated them at the semi-final stage in Colomiers, 19-12 the final scoreline after an exciting end-to-end tussle at Stade Michel Bendichou.

England subsequently dispatched the French in the tournament decider, whereas Ireland secured a 26-10 triumph at the expense of Portugal in the bronze final. While acknowledging that there are lessons to be learned, Eddy does not envisage major alterations to their game-plan for their last shot at Olympic qualification.

“I don’t think a lot needs to change. The Men’s and Women’s teams were competitive all the way through. If you look at the men, we played a semi against France and didn’t quite get there. France had opportunities in the first half and took them. We didn’t take ours. That probably comes down to experience as well.

“We’re not far away. On another day, we could have beaten France. Then you play a qualification game against England and you never know (what might have happened).

“If you can’t convert every opportunity you get in a game of Sevens you’ll always question whether you could have or should have won. I think the experience of the World Series will put you in a much better position having played in that competition, which is so hard.”

While the Ireland Men will have to wait until December to get their campaign underway, the Women’s squad begin their World Series journey at Infinity Park, Colorado this coming weekend. This is one of just two solo tournaments for the Women’s side in 2019/20, with both Ireland squads travelling together for six combined events over the course of the season.

For the first time on the World Series circuit, Lucy Mulhall and her team-mates will be competing in tournaments on consecutive weekends. Given their male counterparts are on a maiden voyage of their own at this level – albeit that they have competed in previous World Series events as an invitational team – there will be challenges for both groups in the next few months. 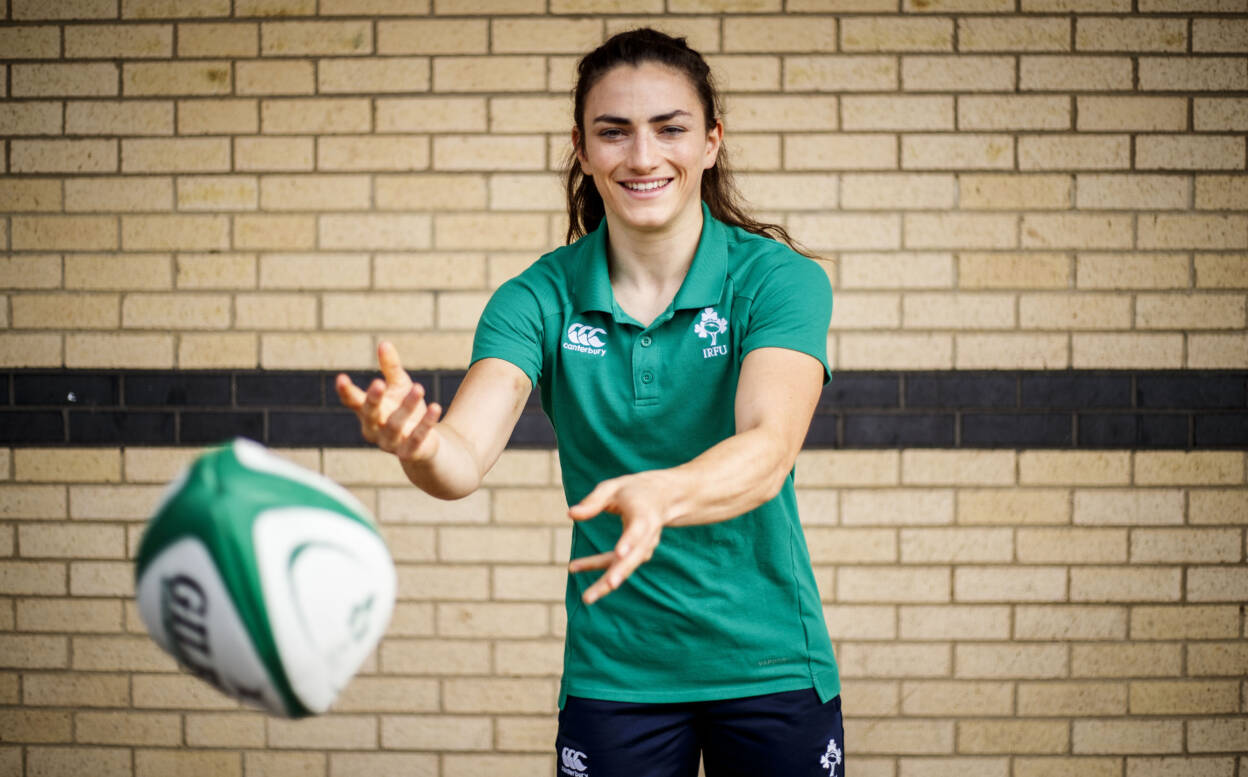 Eddy admitted: “I think there’s more lessons to be learned from last season for the women. They’ve got to get used to double legs, they’ve never gone weekend-on-weekend. The boys have to get used to the double series and the travel between the series will be a challenge, but I think we’re a pretty adaptable bunch. We shouldn’t have too much trouble.

“It’s great to have the women and the men away on those tournaments. It does make things a little difficult in terms of the logistics, you’ve got to separate the squads really. We can prepare while we’re here, but over there in competition mode there’ll be separate men and women’s stuff. The squads will be purely focused on what they want to achieve in that tournament.”

The Australian was delighted with the recent announcement by Sport Ireland of a multi-year investment of over €3 million in the National Governing Bodies of sport through the revamped ‘Women in Sport’ programme.

“We’ve broadened the base and have a lot more participation numbers running around in the Women’s game, in either 15s or Sevens. From a performance perspective, that’s what we need to do. That’s where I’m sure that investment will be spent.”

It is set to be a busy year for Women’s rugby with the IRFU’s 13-month integrated season plan already taking shape. On the back of an extended Women’s Interprovincial Championship, Eddy had hoped to secure two November Tests for the 15s team ahead of what promises to be a hectic 2020 for Adam Griggs’ outfit.

In the end, Ireland’s sole international during this period will be a November 10 clash with Wales at the UCD Bowl. Eddy admitted to a level of frustration at not getting a second game in this window, but believes away training camps in Scotland and France will more than compensate for the lack of competitive game-time.

“Ideally, we wanted those two Tests. I did express my disappointment at being let down, but we’ve moved on from it. What we have done is we have two training camps, which we haven’t done too often but I think it’s a really good opportunity for the squad. We’ll go to Scotland and train against the Scottish team, and then play the Scottish team as well.

“It’s not a Test match, but it’s still a high quality match. We’ll treat it as very important in their preparation. The week after we’ll go to Marcoussis, which is the High Performance centre for the French national team. Which is fantastic. We often do this with our Sevens programmes. Again, France are one of the top Women’s teams in the world.

“We have a number of days there at that facility to train with them while they’re preparing for Test matches and then to actually play against them as well. Again, I think that’s enormously valuable to the whole programme and to the girls to actually mix in that environment. It’s a great experience for them, it’s a great way to prepare a team.”