Sport Ireland today announced a multi-year investment of over €3 million in National Governing Bodies of sport, including the IRFU, through the relaunched ‘Women in Sport’ programme.

Today’s announcement follows the publication of Sport Ireland’s new Policy on ‘Women in Sport’ earlier this year. The policy builds on the significant work that has already been undertaken in this area within the sport sector to date, recognising the opportunity to make a significant impact on the lives of women through their involvement in sport.

The Policy on ‘Women in Sport’ identifies, Coaching & Officiating, Active Participation, Leadership & Governance and Visibility, as four key target areas, with National Governing Bodies invited to apply for funding under these themes.

Speaking at the announcement at the Sport Ireland Campus in Blanchardstown, Minister of State for Tourism and Sport, Brendan Griffin TD, said: “One of the key objectives of the Government’s National Sports Policy is to increase the number of women and girls participating in sport and to eliminate the participation gradient between men and women.

“While the gender gradient, at 4.5%, is narrower now than at any point over the past ten years, it is important that this gradient is eliminated altogether. Sport Ireland’s new ‘Women in Sport’ Policy and the relaunched ‘Women in Sport’ Programme is essential in this regard.

“I want to pay a particular tribute to our high profile sportswomen who continue to inspire and encourage thousands of girls and young women throughout Ireland every day to become involved in sport and to stay involved.”

Through the ‘Women in Sport’ Programme, many National Governing Bodies for sport have developed innovative programmes which target groups of young girls, teenage girls and older adults, including the IRFU’s own ‘Give It A Try’. While active participation remains important, the areas of leadership, coaching and officiating have become a key focus for many of the National Governing Bodies. 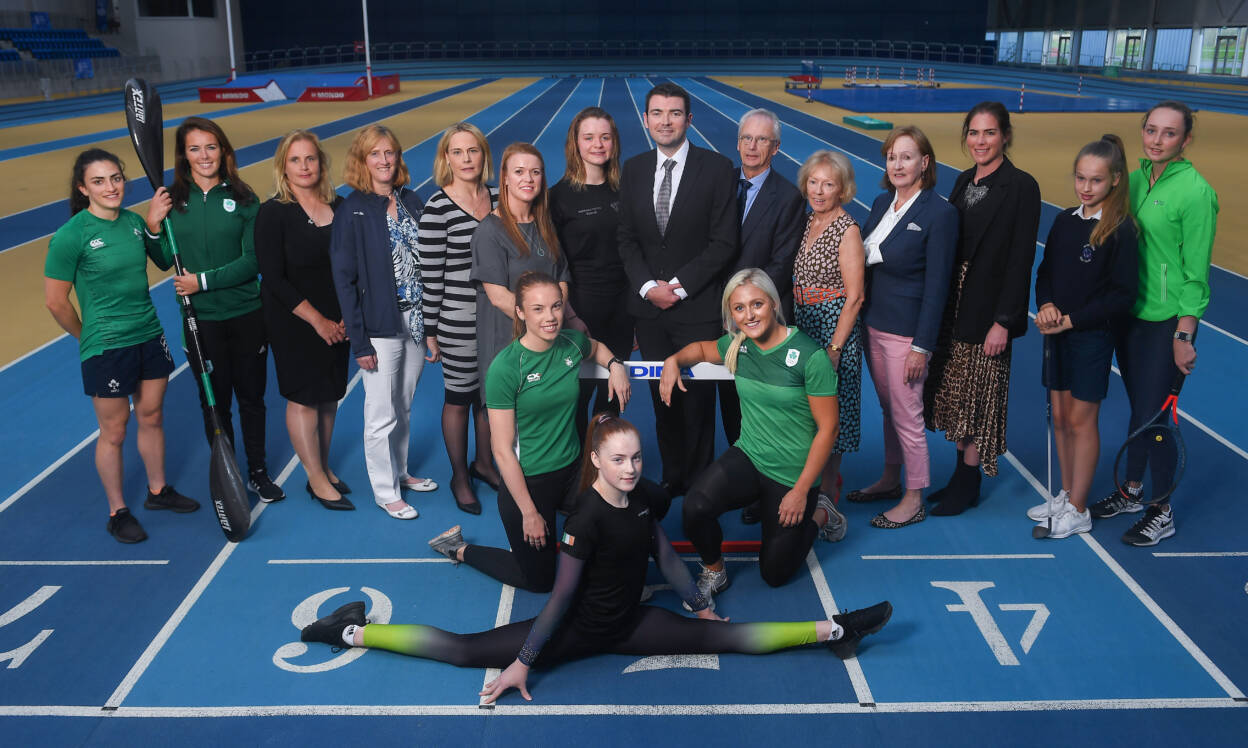 “The funding process has seen National Governing Bodies embrace projects focused on developing leadership opportunities, and pathways to coaching and officiating. This holistic approach will lead to a step-change in the landscape for women’s involvement in sport across the board from grassroots to leadership.”

A key aim of the ‘Women in Sport’ programme is to have equal participation between males and females in sport. The gender gradient in sports participation has closed from 15.7% to 4.5% since 2007 according to the most recent Irish Sports Monitor (2017).

Sport Ireland Chairman Kieran Mulvey commented:“The allocation of this substantial investment in the National Governing Bodies through the ‘Women in Sport’ Programme is the first tangible deliverable of the new ‘Women in Sport’ Policy, which was published earlier this year.

“Through moving to a multi-annual funding model, we are looking to create long lasting cultural change within the sporting landscape, where opportunities exist for girls and women of all ages, background or circumstance.”

One of the key actions of the Sport Ireland ‘Women in Sport’ Policy is the appointment of a Women in Sport Lead to act authoritatively and strategically to develop and promote the involvement of women and girls in sport. Former Ireland out-half Stapleton, who was also part of that 2013 Grand Slam-winning team, was appointed to the role in April of this year.

Sport Ireland Director of Participation and Ethics, Dr Una May, added: “The allocation of funding is an important step in the delivery of action 32 of the National Sports Policy 2018-2027, which promotes gender diversity and equality action plans.

“Through the publication of the ‘Women in Sport’ Policy, we are committing to increasing women’s involvement in sport in a sustainable way – whether that be as volunteers, coaches, athletes or leaders. As one of the key actions of the policy, Sport Ireland has appointed Nora to the position of ‘Women in Sport’ Lead. She will be a support to all of our funded bodies as their ‘Women in Sport’ programmes come to life.”

* Funding will be ring-fenced under ‘Women in Sport’ for strategically important internal and funded organisation related events and projects under Special Projects funding. To date, €20,000 per year has been allocated to the Federation of Irish Sport for upcoming ‘Women in Sport’ projects.