In a change to the previous format where the team that topped the table after three rounds were crowned as champions, there are two additional games for the provinces in the early stages of the 2019/20 season.

Having finished runners-up to defending champions Leinster in the round-robin phase, Considine and her Munster team-mates will now face Connacht in a semi-final showdown at Templeville Road this afternoon (kick-off 1.30pm).

Should they overcome the westerners’ challenge, they will face the winners of the second semi-final between Leinster and Ulster. As well as the title decider at Energia Park next Saturday (kick-off 7pm), there will be a 3rd-4th place play-off at the same venue on finals day (kick-off 5pm).

“It’d be done at this stage usually, the weekend before last would have been our last game usually,” explained Considine. “It’s great. It’s basically like another Six Nations. It’s great to have those extra two games. It meant we got to have a lot of squad rotation.

“It meant girls played in positions they wouldn’t usually play. Obviously we went out to win those games, but it was good that everyone did get a chance to show what they were made off and to put their hands up for selection for a semi-final and a final spot.”

It promises to be a busy afternoon for two of Munster’s leading players, who will attempt to perform a juggling act at the home of St. Mary’s College RFC. In addition to being a key figure in the province’s front row ranks, Fiona Hayes is head coach of the Munster U-18 Women.

Hayes’ charges will play familiar foes Leinster in their own Interprovincial semi-final at the same venue today (kick-off 2.45pm), with the Ulster and Connacht youngsters acting as a curtain-raiser to an exciting festival of Women’s rugby.

Hayes has been joined on an all-female coaching ticket for the Munster Under-18s by Ireland captains past and present. Niamh Briggs, who misses today’s game through injury, is on board as a technical skills coach, while Ciara Griffin is offering her expertise in the strength and conditioning department.

Considine feels this is part of a natural evolution within Women’s sport, noting: “You don’t even realise it until it was pointed out, that it’s an all-female team. That’s the stage we’ve got to in Women’s sport, that you don’t even realise that you’ve got a woman coach or manager or that you have a woman as your S&C coach. It’s absolutely normal and it’s great that we have got to that stage.

“The girls, Hayes, Junior (Griffin) and Briggs will probably be stressing after the first game. It’s difficult enough and I don’t think people will appreciate just how difficult it is to be able to change from a coaching role into a playing role and trying to remember your own roles in the job as well.

“You might be losing or winning in your Under-18 game and you’ve to go and totally clear your head of all that stuff and focus on the (senior) game again. It’s hard, but the girls are so lucky to have role models like them coaching. The girls they could be potentially playing with in the next few years as well.”

Since making her debut in a 2017 Six Nations victory over Scotland, Considine has established herself as a regular starter in the Ireland 15s squad. Despite taking a year-long break following the completion of that year’s Rugby World Cup, she returned to the fold ahead of the 2018 November internationals and has not looked back since.

The Kilmihil native has scored four tries in her last seven appearances for Ireland, but it has been a frustrating period overall for Adam Griggs’ side. Results have not gone their way with just one win during last season’s Six Nations, and 2020 is a massive year for the squad as they aim to book a World Cup place via next September’s Rugby Europe qualification tournament. 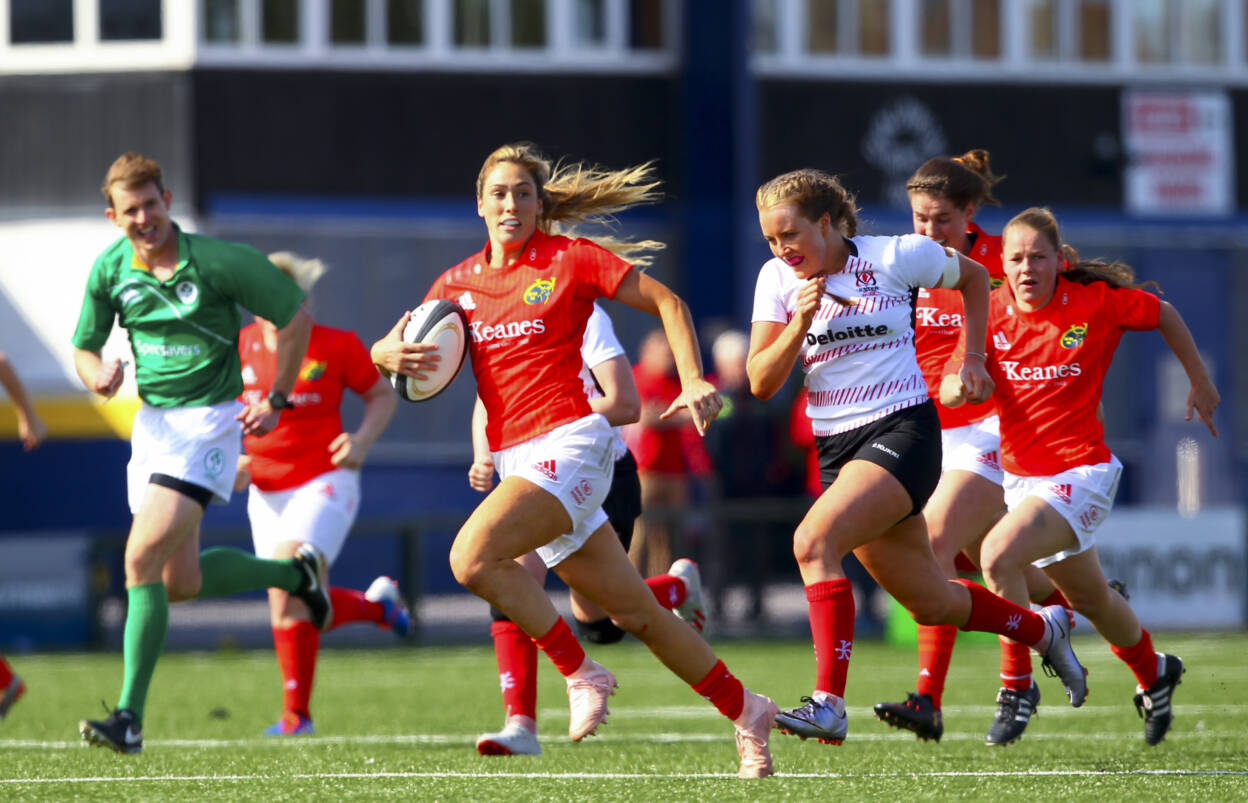 The 2021 World Cup qualifiers are incorporated into a 13-month integrated season plan for Women’s rugby which was recently unveiled by the IRFU. This will include a number of summer training camps in advance of those crucial Repechage matches, which is something that Considine heavily endorses.

“It’s time that we moved with the times. Having all these games is great. Having our Novembers in the calendar is a great run-up going into the Six Nations. Having our scheduled training camps next summer means that the focus is on qualifying for that World Cup.

“It gives us time to prep for it as a squad, because you are chasing yourself when others are training. Having those training camps in the lead-up is going to be a really, really good building block to qualify for the World Cup.”

As the only current All-Ireland League club in the province, UL Bohemians have a heavy representation in the Munster squad. Nonetheless, players from the likes of Thurles, Ballincollig and Fethard & District have progressed through the ranks in 2019.

This is another step in the right direction for the game in Munster, and even though they continue to plow a lone furrow at the top level, Considine expects new challengers to emerge in the coming seasons.

“Obviously as the only AIL club in Munster, Bohs are going to have a significant amount of players on the Munster squad. But it is great to see those other clubs coming through. We played Thurles in that Munster final this year and that was great to see them. They are building and there are other clubs like that building.

“We do need more than one AIL club in Munster. I’m lucky to play with Bohs and have such a great team, and have so many people around us that are at the level that they can play with Munster. The underage clubs are getting there. There’s lots of underage clubs, it’s just having to start somewhere and they started from the bottom up.

“In two, three, four years they will have senior clubs. They will be coming up the ranks in the divisions, putting it up to Bohs at some stage in the future.” 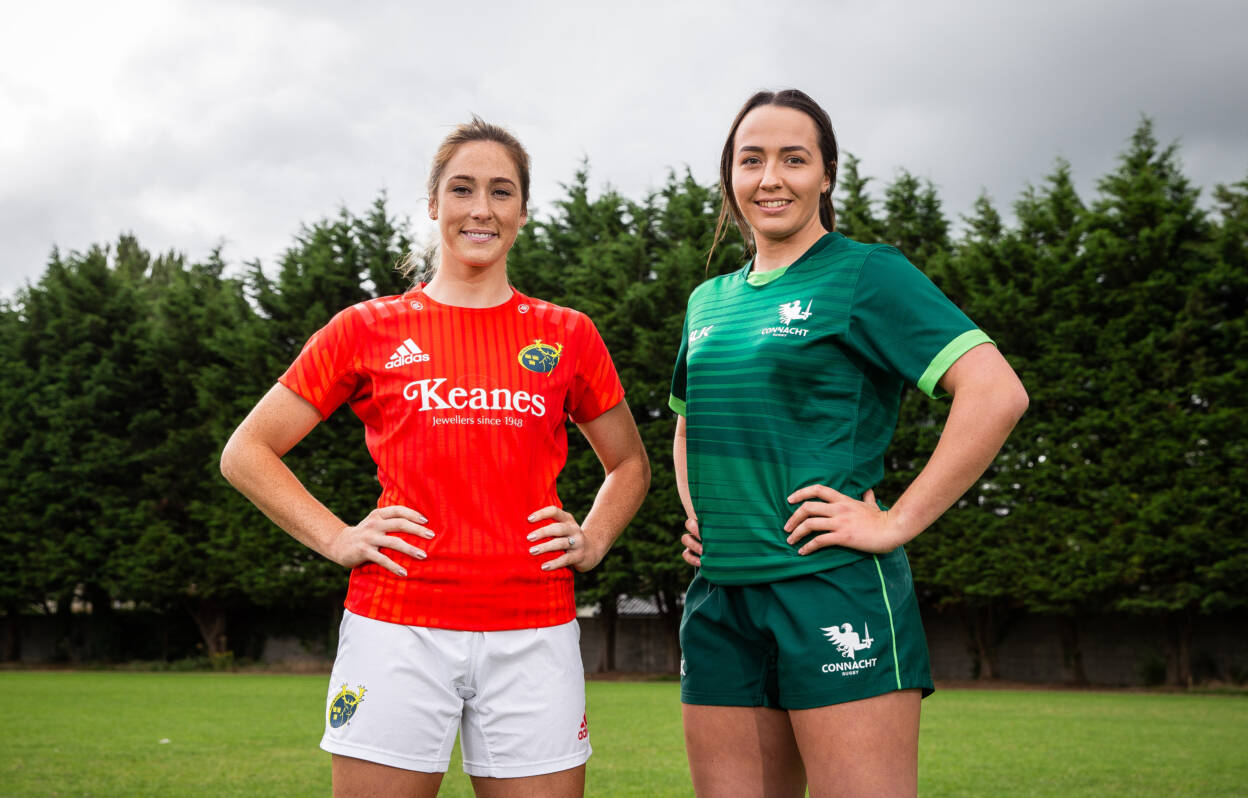 Additionally, the current Munster side also includes a number of players who are attached to clubs in Dublin. This includes St. Mary’s centre Ciara Scanlan, who will be in familiar surroundings at Templeville Road later today.

Considine is also based in the capital, as a primary school teacher at St. Mary’s Holy Faith Convent School in Glasnevin. Despite facing a long trek for training and matches, she will not be contemplating a switch at either club or provincial level any time soon.

“There’s about seven or eight of us who drive up and down to Limerick. It makes the journey shorter. It doesn’t make it any easier, but it makes it a little more enjoyable anyway. You don’t mind doing it. You never want to play for any other province if you’re from Munster.

“It’s just that pride in the jersey and you grow up supporting Munster rugby. It’s worth it in the end and hopefully it will be worth it at the end of the Interpros,” admitted the 28-year-old winger/full-back.