The two management teams for the Munster senior and Under-18 Women’s squads have been confirmed ahead of the 2019/20 season.

For the first time, both squads will be coached and managed by all-female staff as summer preparations get underway ahead of their Interprovincial Championship campaigns. Training begins on Tuesday, July 2 at the University of Limerick and Cork Institute of Technology respectively.

Both coaching teams include a number of current and former Munster players as well as Ireland internationals, with 36-times capped Ireland forward Laura Guest set for her third season in charge of the Munster Women, who are sponsored by Keanes jewellers.

Guest, a veteran of three Women’s Rugby World Cups and a member of Ireland’s 2013 Grand Slam-winning side, captained Munster to Interprovincial success in 2014 and coached Munster Women to the prestigious title in 2017 during her first season at the helm.

The Clonakilty native is joined by her former Highfield, Munster and Ireland team-mate Helen Brosnan who takes up the position of assistant coach. Brosnan, who hails from Kerry, was a key member of Ireland’s 2010 World Cup squad. 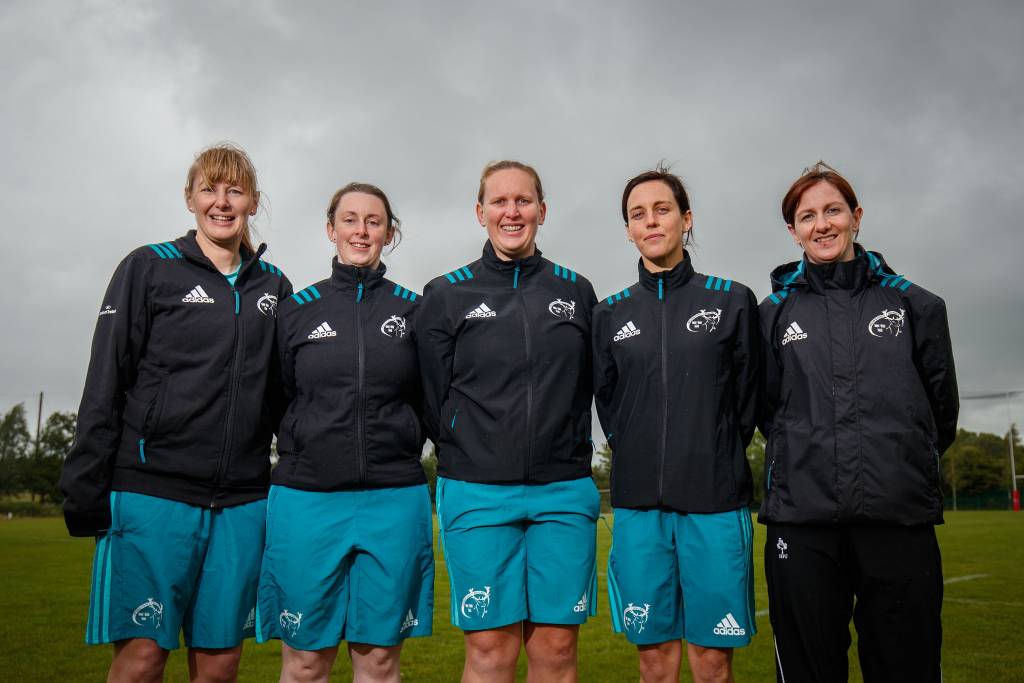 Former Munster and UL Bohemians forward and current Sunday’s Well Rebels coach Maeve D’Arcy will once again manage the squad having been appointed in 2017. The vastly-experienced Lorna Barry, who previously worked with the Canada Men’s Sevens side, continues as the Munster senior squad’s strength and conditioning coach.

Entering her second season in the role, physiotherapist Kathryn Fahy completes the province’s senior managerial set-up. She manages her own practice in Limerick, lectures in Drogheda, and also works with the Limerick senior Gaelic footballers and FAI Women’s underage soccer squads.

Meanwhile, Munster and former Ireland international Fiona Hayes will take charge of the Munster Under-18 Women’s squad. The 15-times capped Ireland prop was a member of the 2013 and 2015 Six Nations title-winning squads and captained UL Bohemians to Women’s All Ireland Cup success for a record sixth time this year.

The Limerick native is joined by former UL Bohs and Ireland winger Mairead Kelly who comes into the position of assistant coach. Munster and Ireland international Niamh Briggs will take up the role of technical skills coach with the province’s youngsters. 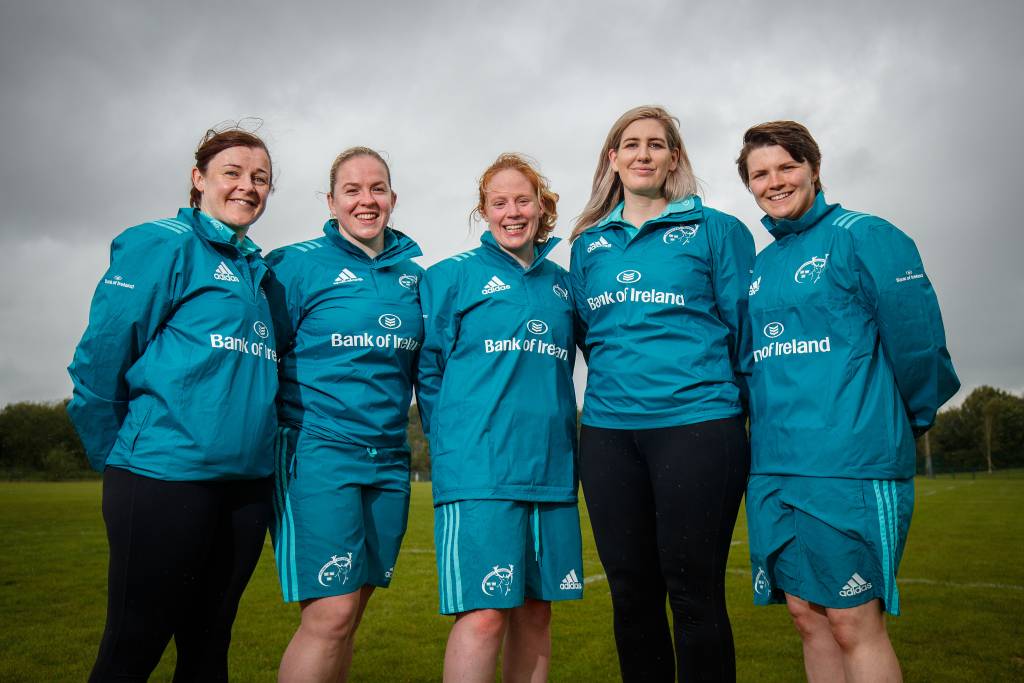 Briggs, the 2015 Ireland captain and top points scorer in both the 2013 and 2015 Six Nations Championships, most recently helped UL Bohs reach a Women’s All Ireland League final and lift the All-Ireland Cup. Bohs forward Sarah Hartigan has worked with the Munster U-18s as a team manager for a number of seasons and continues in her position.

Commenting on the appointments, Munster Rugby Coach & Player Development Manager Keith Murphy said: “We are delighted to announce the coach and management teams for both the senior and U-18 Women’s squads as they look ahead to the summer programmes and their respective Interprovincial Championship campaigns.

“There is a wealth of experience across the coaching teams with former and current Munster players, as well as Ireland internationals on board to develop talent as well as the Women’s game at both levels across the province.” 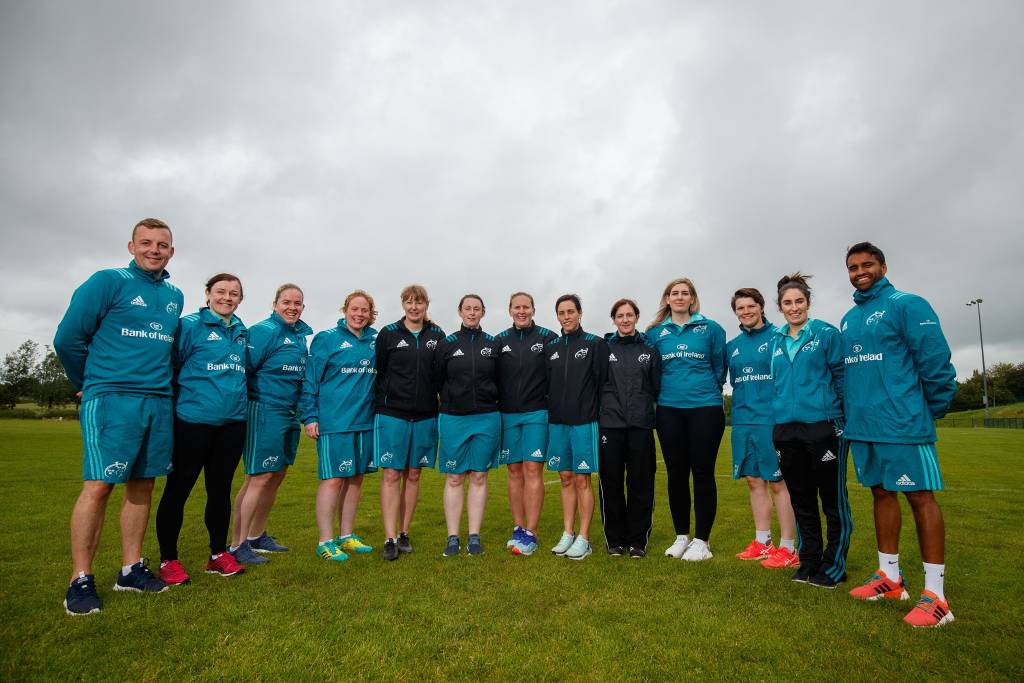 Guest commented: “It is brilliant to have a strong cohort of female coaches and management in place ahead of our summer training programme. The level of knowledge and expertise across both groups will make for some brilliant sessions and I’m looking forward to working with all of the coaches.

“We came agonisingly close to retaining our Interprovincial title last season and we hope to be right up there again contesting the trophy with yet another exciting group of players.

“The development of the Under-18 girls and the Talent Identification Programme group are crucial to bringing players through into our senior ranks, and with Fiona, Mairead and Niamh in those key roles, we will be in a very good position.”