With their Rugby World Cup Pool A opener against Scotland looming large on the horizon, Rob Kearney insists that Ireland need to deliver another big performance at the Aviva Stadium on Saturday.

Following a disappointing day out at Twickenham, Joe Schmidt’s charges produced a much-improved display in Cardiff last Saturday. Jacob Stockdale’s brace tries helped Ireland to overcome the challenge of Wales at the Principality Stadium, and the Grand Slam champions will once again provide the opposition this weekend.

“That’s the biggest game of the pool, probably, for us. We know Scotland are starting to brim nicely. They got a good win over France at home, so it’s also a perfect Test for us. Wales at home. It’s as tough as it gets. Hopefully we can show what we’ve been doing a little bit more over the last few weeks,” said Kearney.

“The guys who played in the Principality last week kicked it on another gear. A lot of changes again this weekend, so there’s a big onus on us to make sure we replicate what they did and add a little bit more. Any time you get selected for a World Cup, it’s incredible. We’ve trained really well this week, which will give us another lift in confidence.

“I think the more important thing for us is getting the performance, just showing that we look like a real close team. That we’re starting to get together more and we’re reading off each other a lot more. That probably wasn’t there in that game in Twickenham. More often than not when you get a really good performance, the result will look after itself. But, performance-wise, we need to take another big step.”

Whereas last Saturday was Warren Gatland’s final home game in charge of Wales, Schmidt will send his Ireland troops into battle for the final time at the Aviva. Additionally, the soon-to-be-retired Rory Best leads out the side on the occasion of his last home international.

Given he and Best are the sole survivors from the squad that earned a groundbreaking Six Nations Grand Slam triumph in 2009, Kearney is ideally placed to describe the impact made by the long-serving Ulster hooker during his time in green.

It’s huge, isn’t it? Sometimes I think it gets a bit undervalued, his win rate and what he has achieved. Some of the momentous victories we’ve had as a team have been under Rory. He’s a brilliant leader, he’s the glue that brings the team together a lot.

“Again, he’s a guy who is training really well and I’m sure he’s very excited to get out there and demonstrate that he’s still hugely capable of producing big performances, even at his ripe old age!”

Yet, while he acknowledges it would be nice to give Schmidt and Best the perfect send-off from the Lansdowne Road venue, Kearney readily accepts there is a bigger picture in place with the World Cup now just a fortnight away.

“Obviously it’s very important but it’s not at the forefront of our mind. Performance is huge for us this week and even if you scale back the performance, it’s putting it into blocks. The first 10 minutes, the second 10 minutes,” explained the Louth man.

“If we can look after all those mini blocks and win all those moments, the performance and victory will look after itself. Then you get to enjoy and feel proud of giving Joe and Rory the big send-off.” 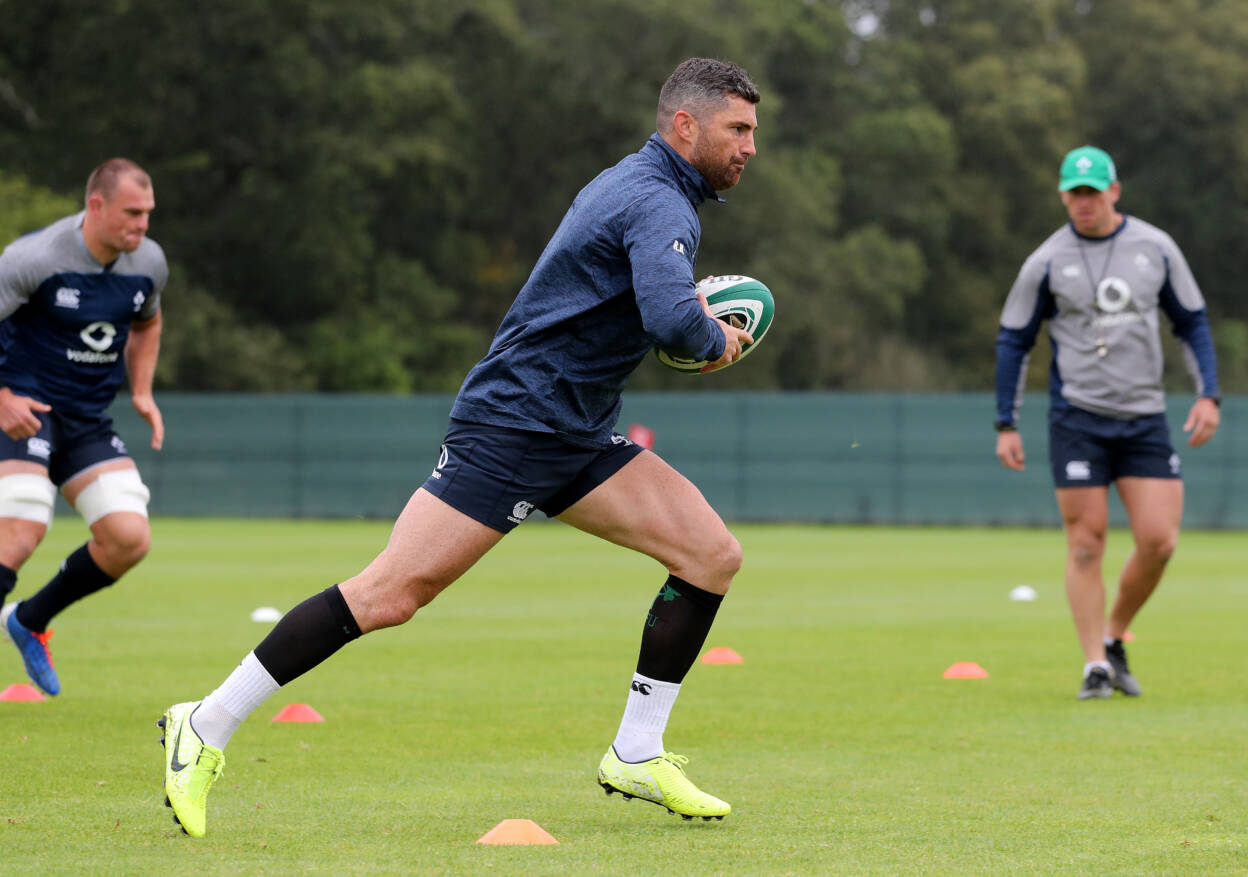 This will be Kearney’s second warm-up game en route to a tournament which will be his third Rugby World Cup, following previous appearances at the 2011 and 2015 competitions. Continually looking to improve aspects of his game and enhance the overall team performance, the 33-year-old Leinster star added:

We’ve all trained very hard over the summer and there is only so much of pre-season that you can do before you start itching to get some games. I think I came off at Twickenham after 54-55 minutes. We’re always trying to build, build on what we’ve done beforehand. I’ll take that Twickenham performance (personally) and try and build a little bit more.

“There were some good things, but a fair few mediocre things as well, which were highlighted. You’re always trying to chase as perfect a game as possible. You’re never going to get there but you keep striving to get better and better every week. There were a lot of things from that Twickenham game that I need to brush up on this weekend.”

Although Kearney made his World Cup debut against Australia eight years ago, he actually made his Ireland senior bow in the months preceding the 2007 tournament. Having missed out on a plane seat to France on that occasion, he has since become a mainstay of Ireland’s back-three and will pick up his 92nd cap on Saturday.

While agreeing wholeheartedly that the World Cup is ‘the pinnacle for any rugby player’, it has not always been an enjoyable experience for the former European Player of the Year. That is something he is determined to put right over the next few weeks.

“They’re great times and hugely enjoyable and everyone gets very excited when you’re winning. I’ve been to some World Cups when things haven’t gone so well and all of a sudden, they aren’t enjoyable pretty quickly,” he admitted.

“It’s simple. When you’re winning, you’re having the time of your life and when you’re not, it gets a bit tricky. There’s no secret formula and we know what we have to do.”