Despite being named in Ireland’s back row for the second successive week, Leinster number 8 Jack Conan is not taking anything for granted ahead of his first Rugby World Cup tournament.

Following a productive performance at the Principality Stadium, Conan retains his starting place for a reverse fixture against Warren Gatland’s Wales. He will be joined in the loose forwards by fellow Wicklow man Josh van der Flier and CJ Stander at the Aviva Stadium on Saturday (kick-off 2pm).

The prospect of Stander being switched to blindside flanker – or Conan doing vice-versa – has been floated as a possibility in many quarters, but the 27-year-old’s only real focus is on delivering a victory in what will be the final home game for both Ireland head coach Joe Schmidt and captain Rory Best.

“It’s good to get the nod after last weekend to play again, it’s only my second game (of the season) so I’m still a bit rusty and it’s good to get a few more minutes and another run-out. We’re not looking past Wales this weekend,” said Conan, speaking at the team base in Carton House.

“It is Rory’s last game at the Aviva, Joe’s last game, and a massive Test against Wales. So I can’t read too much more into it, I’ve got to go out and iron out a few creases in my game that were there last week.

“We have to be adaptable as well. Sometimes lads get moved around as well, so you’ve got to show versatility there too. Sometimes lads are put in positions they are not maybe playing in all the time, and then you just have to do a job for the team. I’m looking forward to this.”

When Ireland swept the board as 2018 Grand Slam winners, Stander and Peter O’Mahony combined in devastating fashion with Leinster’s Dan Leavy in the back row. Since then, injuries to Leavy – as well as London recruit Sean O’Brien – has opened the door for other players to force their way in.

Van der Flier has returned to the fold following a prolonged injury-enforced absence of his own, and he is one of seven players in the 31-man squad for the World Cup with back row experience. As the Pool A opener against Scotland on Sunday, September 22 moves into view, Conan believes nothing is set in stone when it comes to the make-up of the starting back row.

“Everyone who has had a run at it so far has gone really well, so I don’t think there are any dead certs. Going off selection this week alone, you can see players moving around different positions and I don’t think anyone is nailed on to start. It’s another opportunity this week for lads to put their hands up and show that they’re ready.” 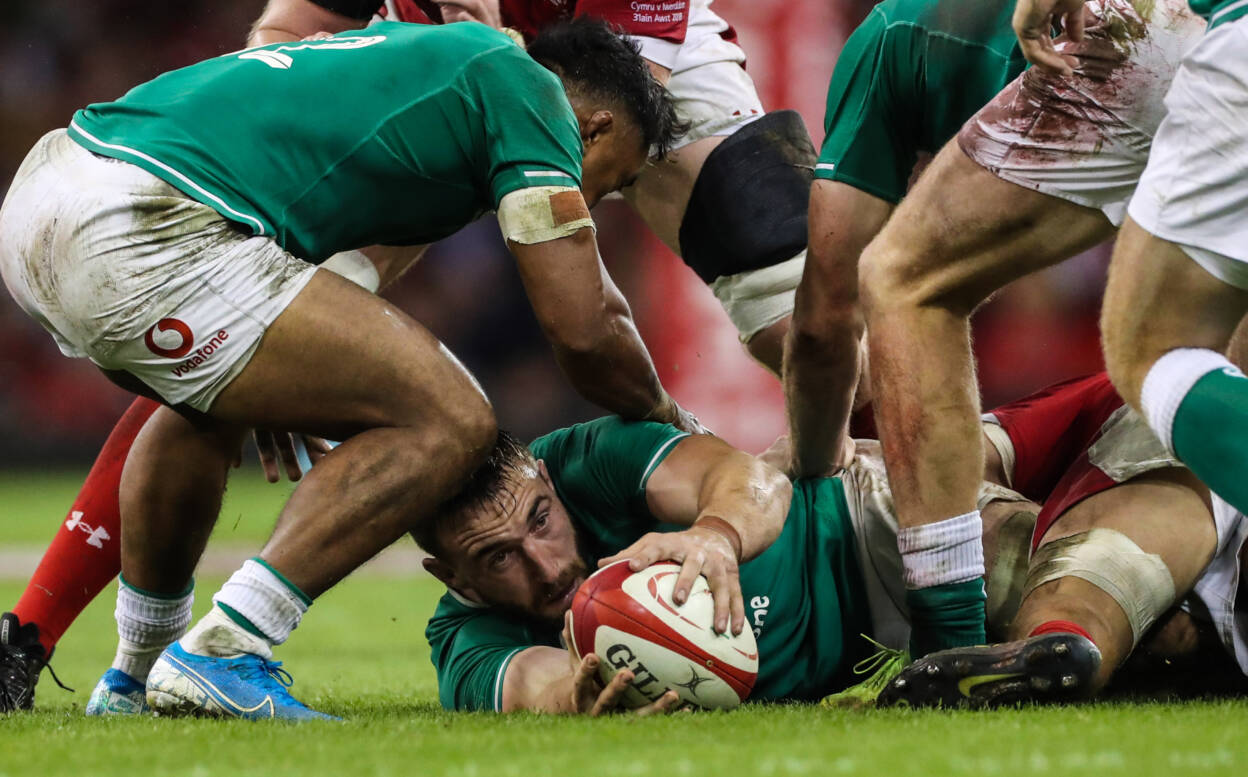 For last weekend’s 22-17 triumph over Wales, Conan showcased his adaptability by taking on a new role of sorts in Ireland’s lineout. While he was more than happy to do so, this Saturday’s rematch offers an ideal chance for him to showcase the swashbuckling elements of his game in a more rounded performance.

“Last weekend, the kind of position I was playing in at the back of the lineout was a bit different for me. I probably didn’t get the kind of stats I would have liked by the end of the game. but it was indicative of the 80 minutes that was played.

“Other than the likes of ‘Killer’ (Dave Kilcoyne), I don’t think anyone had that many carries or that many metres made. To be honest with you, I’m just looking to go out and be better than I was last weekend and build on it. It’s about building on performances and momentum heading to Japan,” he added.