Hugo Lennox has developed into a key player for the Ireland Men's Sevens. ©Sam O'Byrne/IRFU

The Ireland Men’s Sevens team closed out the Paris Sevens with two more wins, getting the better of both Scotland and Australia as they secured a top ten finish in the final leg of this season’s HSBC World Rugby Sevens Series.

Injuries and the 30-degree heat caught up with Anthony Eddy’s young side as they lost 28-12 to Canada in the Challenge Trophy final, a game they went into without Greg O’Shea, who suffered a facial injury yesterday, Mick McGrath (hamstring), Peter Maher (shoulder) and Shane Daly (hamstring). However, it was another positive weekend with some fresh young talent grasping their opportunity to shine.

Lansdowne winger Peter Sullivan led the Irish scoring with four tries, including a brace in the 24-12 victory over Scotland, and Leinster Academy player Jack Kelly’s impressive double against Australia took his Paris tally to three. 19-year-old newcomer Cormac Izuchukwu also scored against the Scots, marking his first Ireland Sevens cap with a try – as Maher did yesterday against England.

The 21-year-old Kelly said afterwards: “It’s been a brilliant two weeks (in London and Paris). The thought process is a lot different, the way you approach a tournament is a lot different. It’s been really brilliant, but the turnaround tournaments are tough – just to relax for the first few days after the Sunday and then get back up to the level you need to be at to get through six games.

“It’s been phenomenal to experience it. The energy that’s brought to the Sevens is nothing I’ve ever experienced. The fans are unbelievable, even finishing up the tournament in London last week and going around to see a few of the fans and the costumes, just how everyone’s having so much fun watching us play. It’s been pretty spectacular, really.

“We go to Russia next up (for the first leg of the Rugby Europe Sevens Grand Prix Series). We’ve got probably a download week next week and then we’ll probably ramp up for that again, because it kinda keeps going (heading into the Olympic qualifiers).” 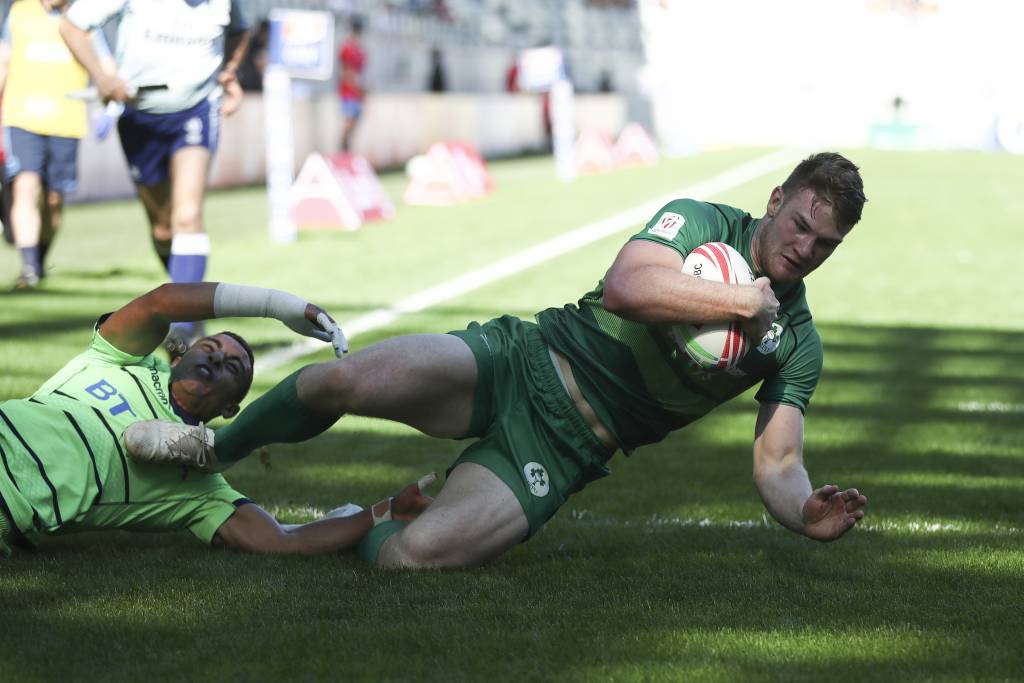 There were key contributions from captain Billy Dardis, the tireless Harry McNulty, Bryan Mollen and Ian Fitzpatrick, who had an influential second day having been the 13th man, as Ireland ended up tenth overall, finishing ahead of the likes of England and Spain who will provide some of the fiercest opposition at the Rugby Europe Olympic qualifying tournament in Colomiers on July 13-14.

Returning to Stade Jean-Bouin for their early morning Challenge Trophy quarter-final, Ireland made early inroads against Scotland who lost captain Jamie Farndale to the sin-bin for a deliberate knock-on of a McNulty pass. Sullivan was the extra man wide on the right as he was fed for an opening second-minute try, the build-up including a nicely improvised pass off the ground by Hugo Lennox.

Fitzpatrick threatened on the left before Shane Daly, Mollen and Lennox combined to send Sullivan over in the right corner for his second unconverted try. Farndale slipped out of two tackles to open Scotland’s account, but Clontarf youngster Lennox scampered over to make it 17-7 at the break following Sullivan’s break past Farndale and an inviting inside pass. 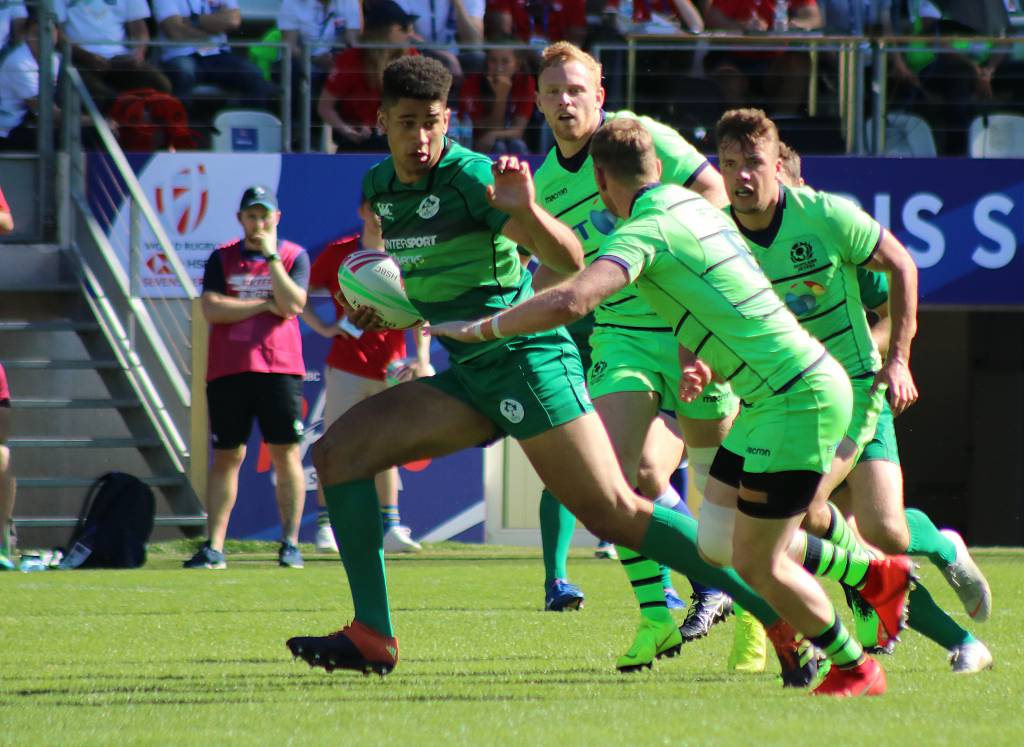 Taking advantage of Scott Riddell’s yellow card for another deliberate knock-on, young replacement Izuchukwu darted through a gap from the Scottish 10-metre line to push the margin out to 17 points. Farndale broke free close to the right touchline to give his side hope, but Ireland kept their shape in defence and a final turnover penalty won by Mollen sealed the result.

Australia had an early grip on the semi-final encounter, ticking off two unconverted tries from Matthew Hood and Ben O’Donnell while Kelly was in the sin-bin for a neck roll. But the Dublin University clubman responded with a superb solo try to get Ireland on the board, beating three defenders from halfway with his power and pace.

Dardis converted and then provided a neat assist for Mollen to charge through a midfield gap and edge his in front at the break – 12-10. Three minutes into the second half, Fitzpatrick skipped over from outside the Australian 22 to make it three tries without reply, with the preceding phases including Mollen’s impressive control of a pass with his right boot.

Despite O’Donnell’s clever work releasing Joe Pincus for a much-needed seven-pointer for the Australians, their Paris campaign was brought to an end with another cracking try from Kelly who, sizing up his options close to the opposition 22, stepped inside a defender and his injection of pace took him over the try-line with Maurice Longbottom for company. 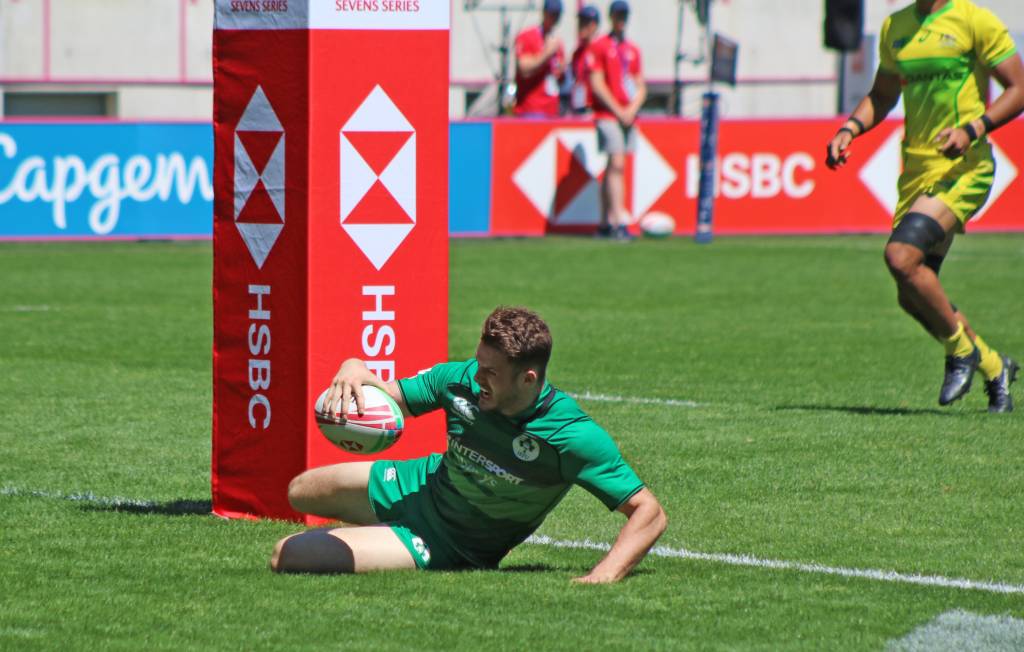 Ireland’s final two matches in the French capital saw them operate with just a two-man bench, and it looked a tough ask against fully-loaded Canada, especially after a scrappy kick-off led to a Mike Fuailefau try inside just 20 seconds. Lennox, who was sharp in attack throughout his four starts, and Fitzpatrick inspired Ireland’s response, coming back to the short side to allow McNulty to dot down and close the gap to 7-5.

Nonetheless, back-to-back tries from captain Harry Jones and Josiah Morra, who got to a breaking ball from Nathan Hirayama’s skyscraper of a restart, put the Canadians in control by half-time, leading 21-5. It was tit-for-tat on the restart, Ireland breaking through in the 11th minute as Jack Daly galloped up the left wing, passing off the deck for McNulty to put Dardis over for a try he converted himself.

The breakdown battle became increasingly ferocious with McNulty and Jack Daly fighting hard to either protect possession or hunt down turnovers. Crucially, Canada benefited from their bigger bench down the final stretch and one of their replacements, Adam Zaruba, bounded clear for a last-minute clinching try which saw them finish the series with silverware. 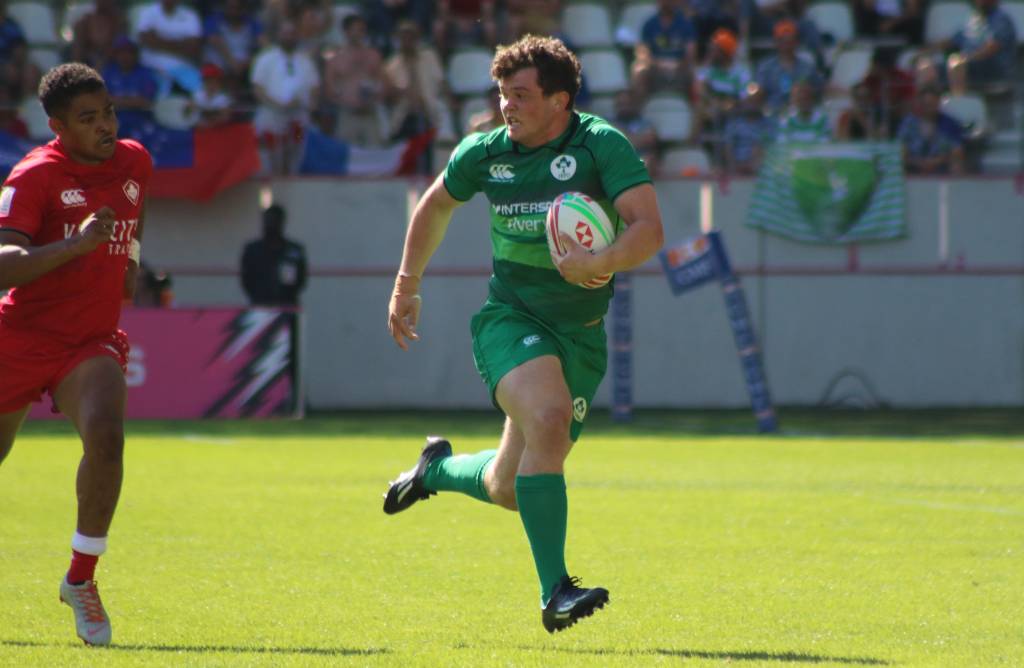 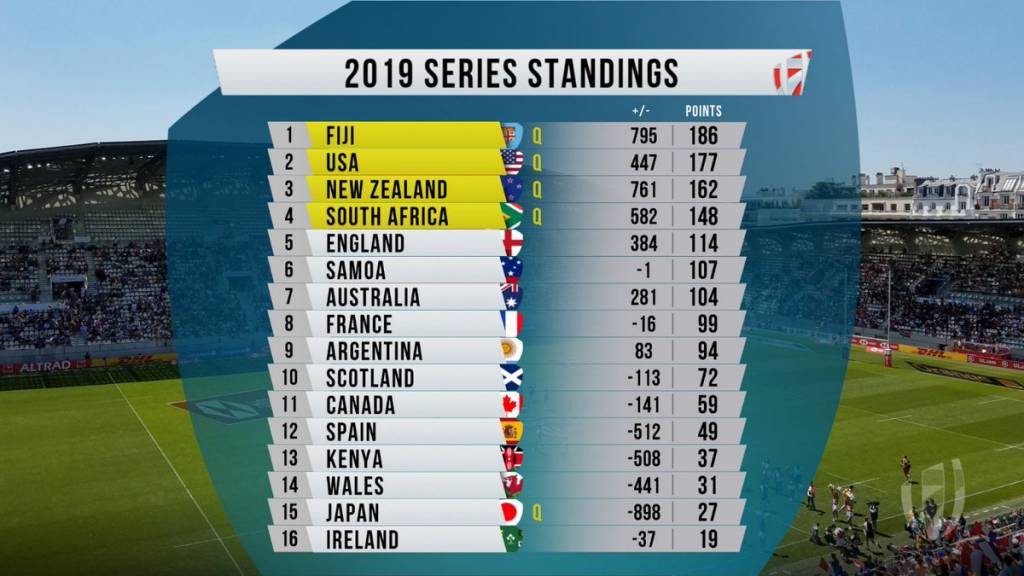