Syd a lifelong Ballymena RFC member played for, captained and managed the famous British Lions. After retiring from rugby Syd took up an administrative role and became the President of the International Rugby Board, effectively managing world rugby.

His work towards organising the 2007 Rugby World Cup in France – where he presented the trophy to the winning captain – saw him awarded the Legion d’honneur, by the French Government. Syd was at the dinner to present the ‘Dr. Syd Millar – Spirit of Rugby Award’.

This is a new award which will be presented yearly to the Under 14, Under 16 and Under 18 player who has not only performed well but has embodied everything that underpins rugby, such as hard work, discipline and respect for their team mates, coaches and opponents.

Syd during his address spoke of his delight at seeing so many young men and girls playing at the Club and enjoying the game he loved. He hoped that they would continue on as members of the Club for years to come and spoke of the ‘rugby family’ and how he has made life long friends from rugby throughout the years.

The evening included the first awards night for the Ladies Rugby Section which is a fantastic addition to the range of rugby offered to young people at the Club.

The night also saw Ian McIlrath, President of the IRFU attend and present trophies to the young players. Ian spoke of his pride in being invited to attend the dinner.

He said ‘I have been at a large number of dinners over the past few years but I have never been so proud as I am this evening’. Ian praised the players, parents and coaches and made special mention of Youth Convenor Don Pattison who had build on the foundations laid by previous Convenor Tom Wiggins to ensure the Club had such a vibrant and successful youth section.

During the dinner special awards were presented to young stars Phil Campbell and Ben Moxham who have both represented Ulster and Ireland Under 18s during the season, a fantastic achievement. To have multiple generations of Ballymena rugby success in the same room was really quite something. 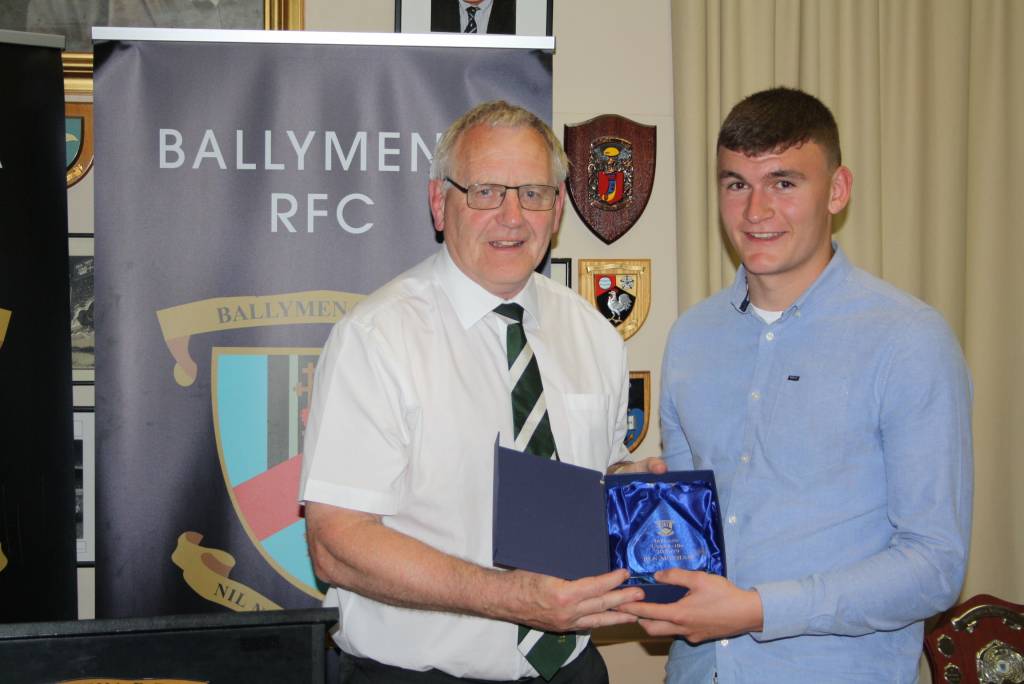 Ian McIlrath, President of the IRFU presenting Ben Moxham with an award to acknowledge his selection for Ireland Under 18s. Image Credit: Ballymena RFC

Young players, former, current and future British Lions, Ireland, Ulster and Ballymena legends all together. Ulster player Matty Rea was also in attendance and he too was impressed with not only the numbers of players and coaches but the success that was being generated on the pitch. 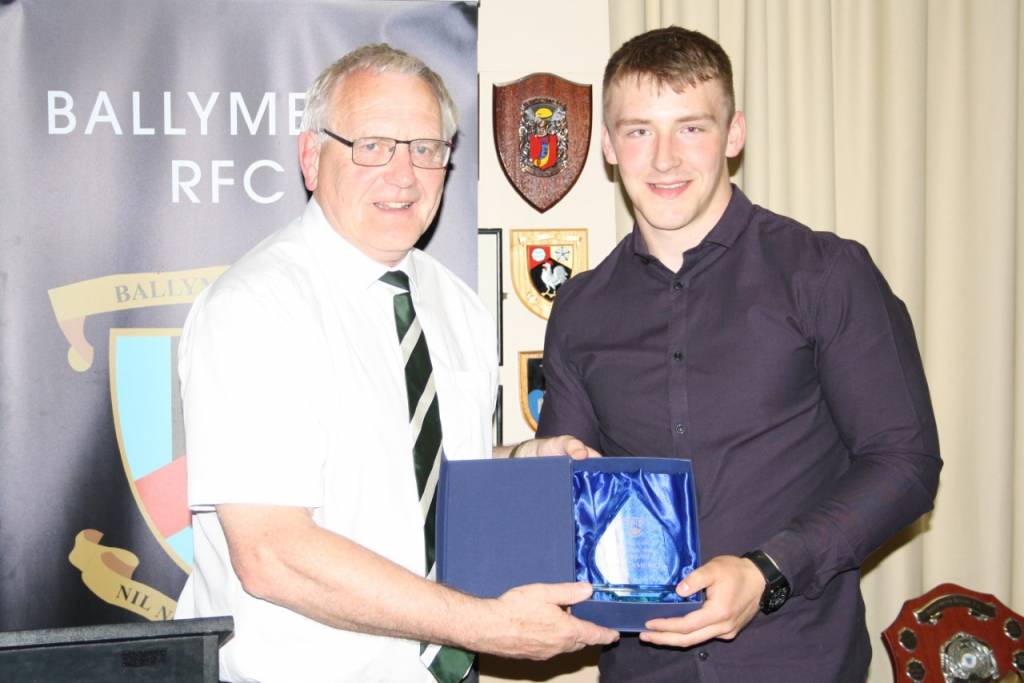 Ian McIlrath, President of the IRFU presenting Phil Campbell with an award to acknowledge his selection for Ireland Under 18s. Image Credit: Ballymena RFC

This year the section won two regional leagues, finishing runners up in the third and reached the Under 16 Ulster League Final.

However, the highlight of the evening was to see the room filled with so many young male and female players who are enjoying rugby and who are the future of Ballymena RFC. 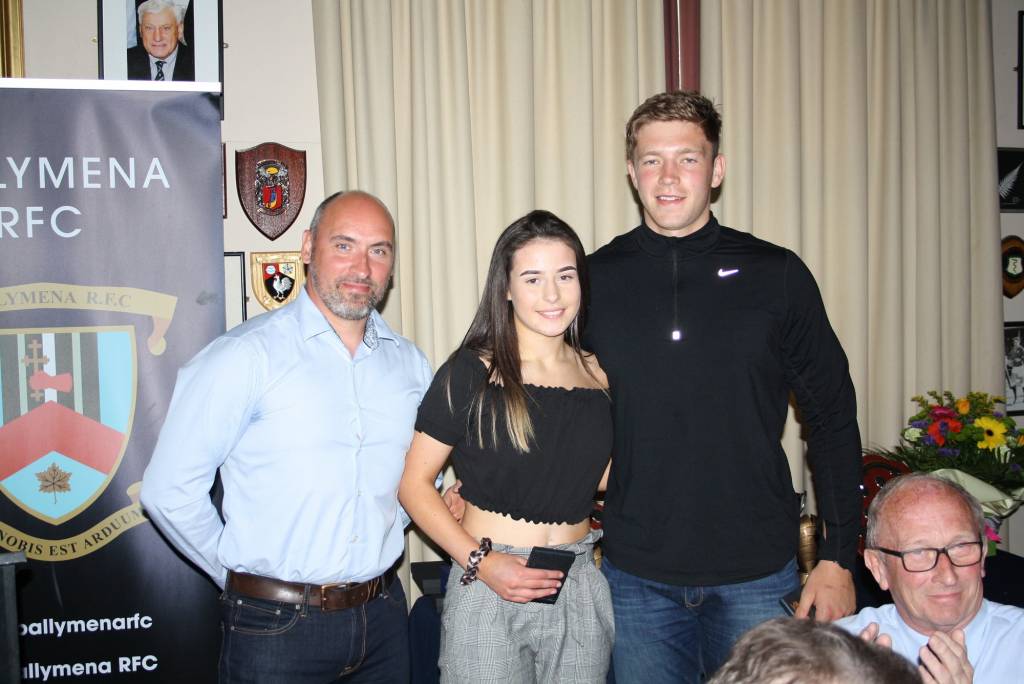