Full-back Chris Cosgrave, who kicked nine points, is pictured in action during the Ireland Under-18 Schools team's first round encounter with France in Gloucester ©www.capturetheevent.com

Following their 29-24 defeat to France, Ireland Under-18 Schools head coach Peter Smyth spoke of his pride in the team’s performance and how he prepares his players for international age-grade rugby as they look ahead to taking on England in Worcester on Wednesday afternoon.

Smyth watched his young charges reduce a 15-point deficit at half-time to just five points at the close, with Tom Stewart and Jamie Osborne both touching down in the second half to add to captain Alex Kendellen’s try from a quick tap. The three tries will boost confidence levels heading into round two of the U-18 Six Nations Festival.

“We just didn’t start too well and gave them a few tries that we were disappointed giving to them,” admitted Smyth, the Leinster Rugby Academy manager who is in his second year as head coach of the Ireland U-18 Schools squad.

“At 22-7 down at half-time it was always going to difficult but in fairness to our lads, they showed great heart and spirit to get back and make it a one-score game and potentially pinch it at the end.” 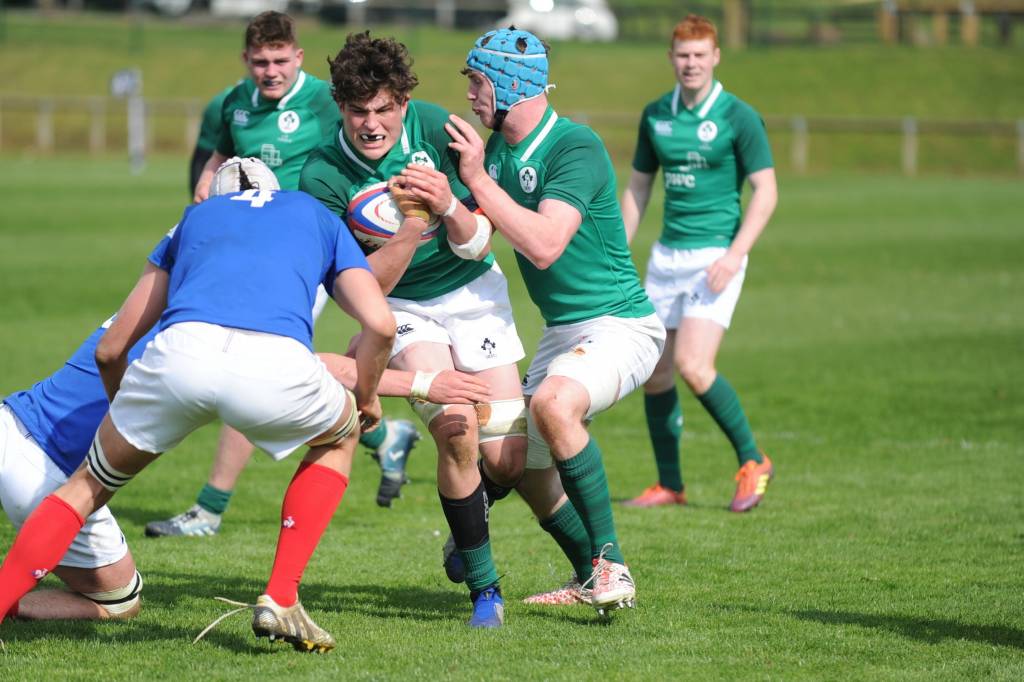 14 players made their debuts for the Ireland U-18 Schools team at the weekend, joining the six returning players from last year’s festival – number 8 and skipper Kendellen, hooker Stewart, full-back Chris Cosgrave, who kicked nine points against the French, centre Karl Martin and half-backs Nathan Doak and Ben Murphy.

Smyth added: “We’ve got to remember these are Under-18s, so for a lot of them it’s their first time in the jersey. Any mistakes they’re making, they’re not making out of not trying to do the right action. It was just unfortunate that we made a few too many mistakes and gave ourselves a bit too much to do in that second half.

“It was the little mistakes, guys settling down, the bounce of the ball and gaining the familiarity of the pace of international age-grade rugby. But I’m very proud of the way we responded in the second half, scoring some good tries and nearly pinching it at the end. We’re looking forward to building on to the next two matches (against England and Scotland).” 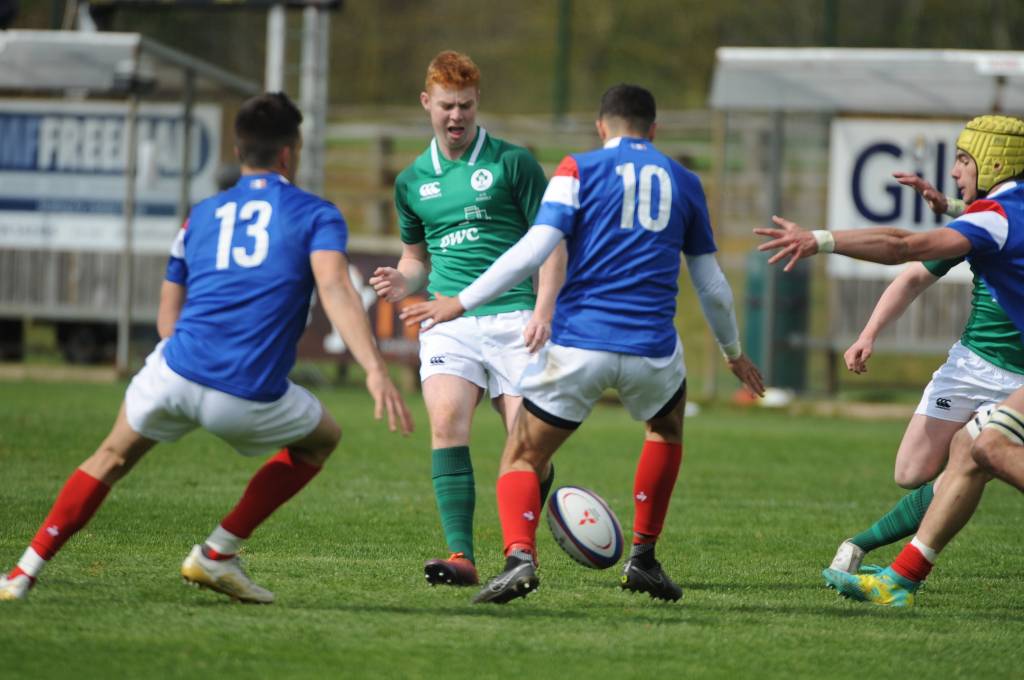 Ireland’s next opponents emerged as 38-20 winners over Wales in Saturday’s festival opener at Hartpury College. England scored five tries, including a first half brace from Bath centre Orlando Bailey, and had a 13-point kicking haul from Sale Sharks out-half Tom Curtis.

Looking forward to the midweek clash at Worcester’s Sixways Stadium (kick-off 1.40pm – live on Free Sports), the Ireland head coach said: “We’ll treat it as the hardest game and go from there. England had a very good win over Wales, but we’ll take the positives out of our game and look forward to putting a few training days in and preparing for England.

“Once they do that the coaching staff will be proud of them and they can be proud of themselves. This is about learning, enjoyment and pushing themselves to be better players, competing against the best players in other countries at this age-grade.”