Mark Roche and Terry Kennedy, who have both been part of the IRFU Men’s Sevens Programme since its infancy in 2015, reflected on the Ireland squad’s long journey to HSBC World Rugby Sevens Series qualification following their 28-7 final win over Hong Kong.

Building all the way up from the bottom rung of Rugby Europe to the elite level of the game has taken four years, this tight-knit team bottling the hurt of their semi-final exit in Hong Kong twelve months ago to bounce back with historic silverware in the Rugby World Cup Sevens (Challenge Trophy), Rugby Europe Sevens Grand Prix Series and now the golden ticket to the World Series.

Roche experienced the full gamut of emotions in 2018, the highs seeing him selected on the London 7s Dream Team after Ireland’s bronze medal heroics as an invitational team, and becoming a European Sevens champion. The lows showed how cruel sport can be as he was fingertips away from scoring a match-winning try in that semi-final defeat to Japan, while he missed the World Cup in July with a broken left leg.

Back to full fitness in time for Ireland’s second shot at making the World Series, the 26-year-old scrum half played in five of their six matches in Hong Kong. Thrilled to get the job done in sweltering So Kon Po, he said afterwards: “There’s an incredible amount of work gone in. Four years, just going from the bottom in Division C all the way up in Europe and then heartbreak last year, and just to bounce back from that.

“It just shows the level of commitment that we had and the hard work that we put in. It means absolutely everything (to be on the series). We’re full-time, we’re going into a series of ten tournaments. We’re where we want to be and we want to just go there and compete. We don’t want to be a passenger on the series, we want to go out and win as much as we can.” 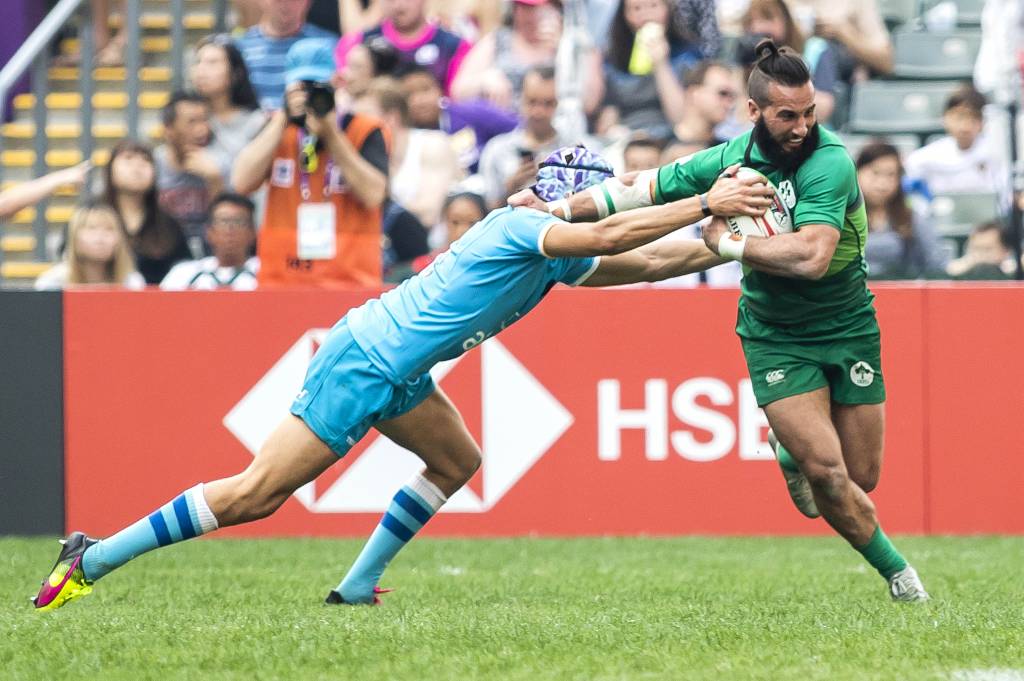 Their experience of falling at the penultimate stage last April stood to them over the weekend, according to Roche, as not everything went according to plan. They were a kick of the ball away from losing to Uruguay in their pool – Tomas Ubilla put a crucial conversion wide – and had Fabian Heimpel landed a penalty attempt, they could have been eight points down late on in the semi-final against Germany.

Instead, Ireland failed to panic and duly came good against the Germans with closing tries from captain Billy Dardis and Jordan Conroy, with Roche paying tribute to ‘the exceptional fans’ who supported the team in the stadium. “We had our crowd in and around the stadium, we just saw a big of green and that just drove us on,” he admitted.

“(Dealing with setbacks) we just focused on the next game and the next job. And just keep focusing on what you have to do, your own job. Playing with ten players wasn’t easy but we did it, we put a lot of heart into it and there was a lot of belief there.

“There was a lot of learnings (from Hong Kong last year) not to take anything for granted. You slip off, it’s curtains there. We got lucky in a couple of games this tournament, that’s what happens. The bounce of the ball goes your way unlike last year. It did this year and I think we fully deserved it, (we’re) delighted.”

Fleet-footed winger Kennedy continues to pop up with some vital scores and attacking involvements, outfoxing defenders with his trademark jink and burst of pace. The St. Mary’s College clubman finished with six tries in Hong Kong, including a hat-trick against Uruguay, a brace against Russia and the final try in the decider against the hosts.

Drawing breath after the post-match celebrations and trophy presentation, Kennedy commented: “Today was a tough day. We had Germany first up in the semi-final. We made hard work of it but thankfully got through. And then Hong Kong I thought was a pretty clinical performance in the final. Bar a couple of handling errors, we were pretty good throughout.

“In comparison to last year, last year we started very well, were kinda beating teams very well throughout and then ending up losing to Japan. Whereas this year we had a bit of a bumpy start, drawing with Uruguay, nearly losing that game. But day two we really pulled together (against Russia) and showed what we could do.

“Today I think it was just about getting through the matches. We had some illness and injuries in camp, throughout the six matches I don’t think we had the full twelve players once. But you’ve got to deal with these things and I thought we did pretty well. So that was a fierce positive throughout the weekend.” 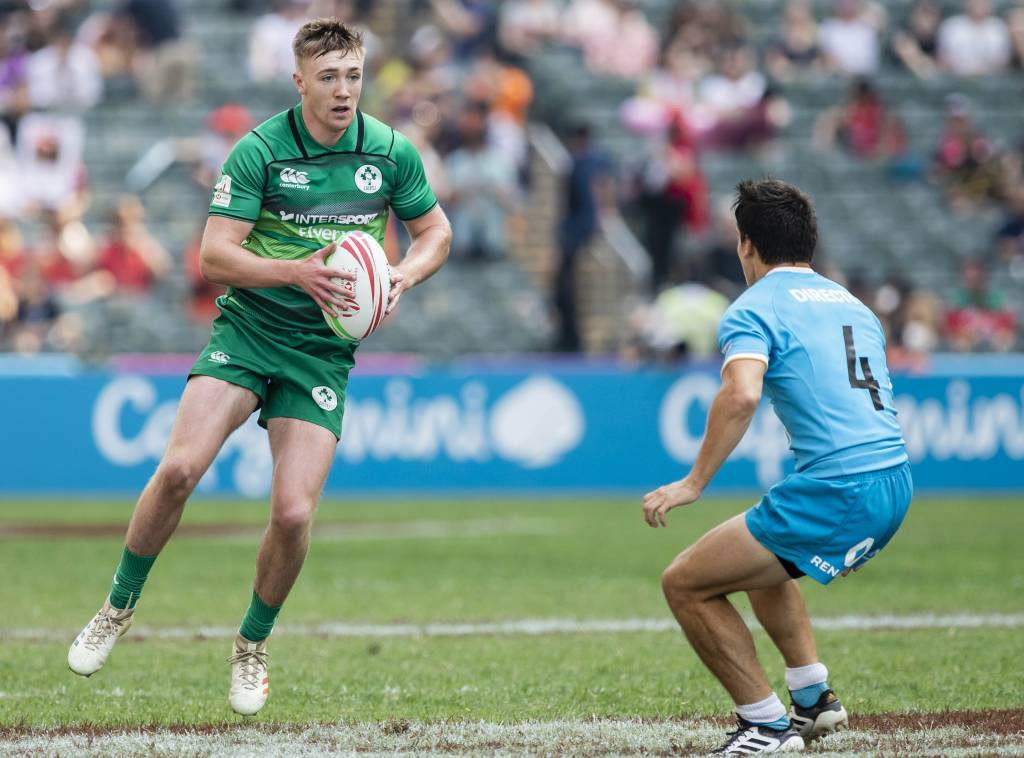 Still only 22, Kennedy has been almost ever-present for the Ireland Sevens side over the last four years, during which time he also had stints in the Leinster sub-Academy and Academy, and was part of the Ireland Under-20 squad that finished as runners-up at the 2016 World Rugby U-20 Championship.

He credits last year’s disappointment as one of the reasons why they were able to pull off World Series promotion at the second attempt. “This time last year was probably the most disappointing moment of all our rugby careers, whereas this is the most positive moment of all our rugby careers,” explained the son of the former Ireland senior international of the same name – Terry Kennedy senior won 13 caps between 1978 and 1981.

“I think the experience in that semi-final last year helped us pull through against Germany, and that was what we really needed. We had that experience in the bank and it really helped us.”

Anthony Eddy’s men will get some more game-time against the world’s leading Sevens exponents as an invitational team at the upcoming London and Paris legs of this season’s World Series, before their debut as a core team in Dubai in December. Roche starred at Twickenham last summer and cannot wait to run out at English Rugby HQ again.

Looking forward to the London 7s on May 25-26, the two-time All-Ireland League winner with Lansdowne said: “Yeah, we’re pumped. Obviously we’re going to enjoy this moment (in winning a place on the World Series). The next tournament is London next month and we’re going to go there and shock the place again.”