In the aftermath of Ireland’s qualification for the HSBC World Rugby Sevens Series in Hong Kong, Jordan Conroy spoke about how much it meant personally to take a seat at Sevens’ top table, especially after missing last year’s qualifying tournament through injury.

Conroy’s first experience of Hong Kong was an unforgettable one as he top scored with 10 tries in six matches, winning the Player of the Tournament accolade as Ireland sealed the deal with a 28-7 final win over the tournament hosts. Ireland’s core team status will give the 25-year-old a chance to reach further heights with his blistering pace and keen eye for the try-line.

His try-scoring exploits last summer, particularly during Ireland’s bronze medal-winning run at the London 7s, already marked him out as one to watch, piquing fans’ interest around the world with his scorching scores that became viral hits, one of which saw him clock 36 kilometres-per-hour when getting the better of USA star Carlin Isles.

Seeing the pair go head-to-head on a consistent basis on the World Series is a mouth-watering prospect, and Conroy, a Buccaneers clubman who has played for Connacht Eagles, will certainly be a marked man given the highlights reel he has already produced across Rugby Europe and World Rugby tournaments. 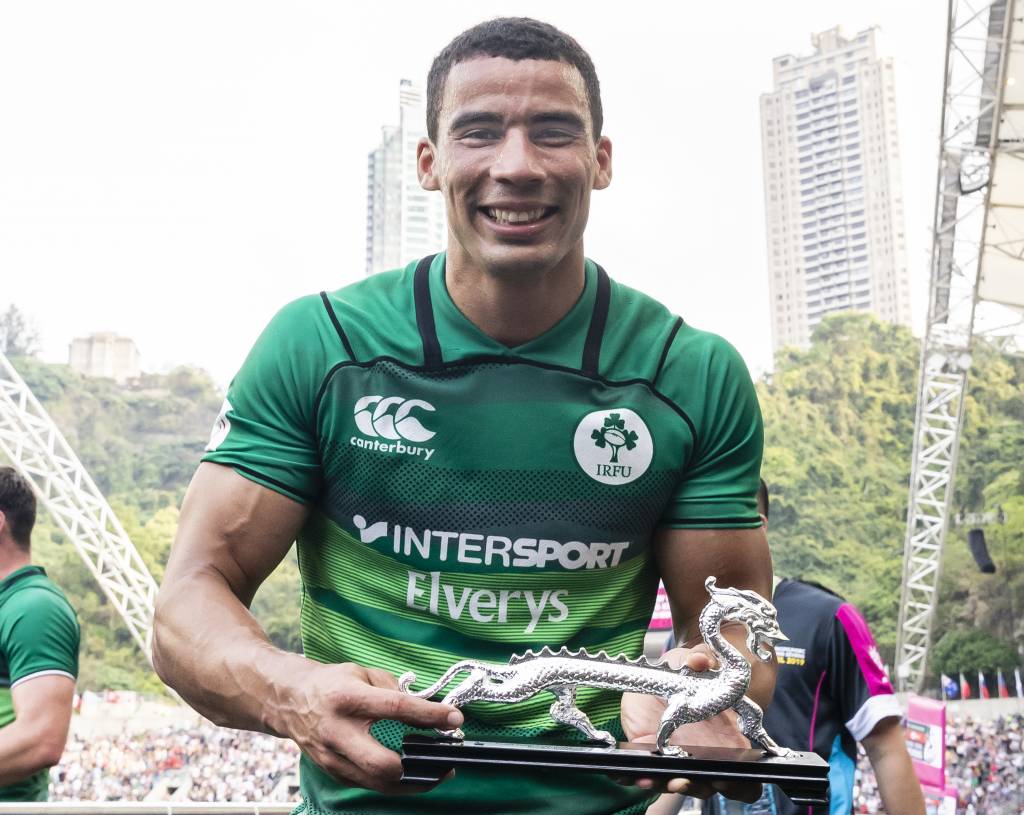 Indeed, he amassed 34 tries across the 2017 and 2018 European Grand Prix Sevens Series, touched down four times during last summer’s Rugby World Cup Sevens, and already has 11 World Series tries to his name, including the eight he collected in London last June. Anthony Eddy’s men return to the English capital on May 25-26 safe in the knowledge that they will be a core team when the 2019/20 season kicks off in Dubai in December.

A delighted Conroy commented: “It means so much (to qualify for the World Series). After three or four years building up to this moment and to finally get the reward is absolutely amazing. It was a slow start (drawing with Uruguay on day one) and we worked our way through the days to be on this stage.

“The final, just to win Hong Kong after last year’s disappointment is unbelievable. I just want to say thanks to all the fans back home and all the fans here in Hong Kong who have supported us and given us love. All the kind messages from people who stayed up in the early hours of the morning, watching us and giving us great messages.

“All of us from the Sevens lads, we really thank you and we hope to get your continuing support us all the way…onto the next global stage, baby, in Dubai! So yeah, really happy.”

The Tullamore man, who had an athletics and soccer background before taking up rugby at 18, was eager to deflect praise to his team-mates despite being singled out as the winner of the World Series qualifier’s Player of the Tournament. His battles with injury and missing Hong Kong last year make this latest achievement all the sweeter. 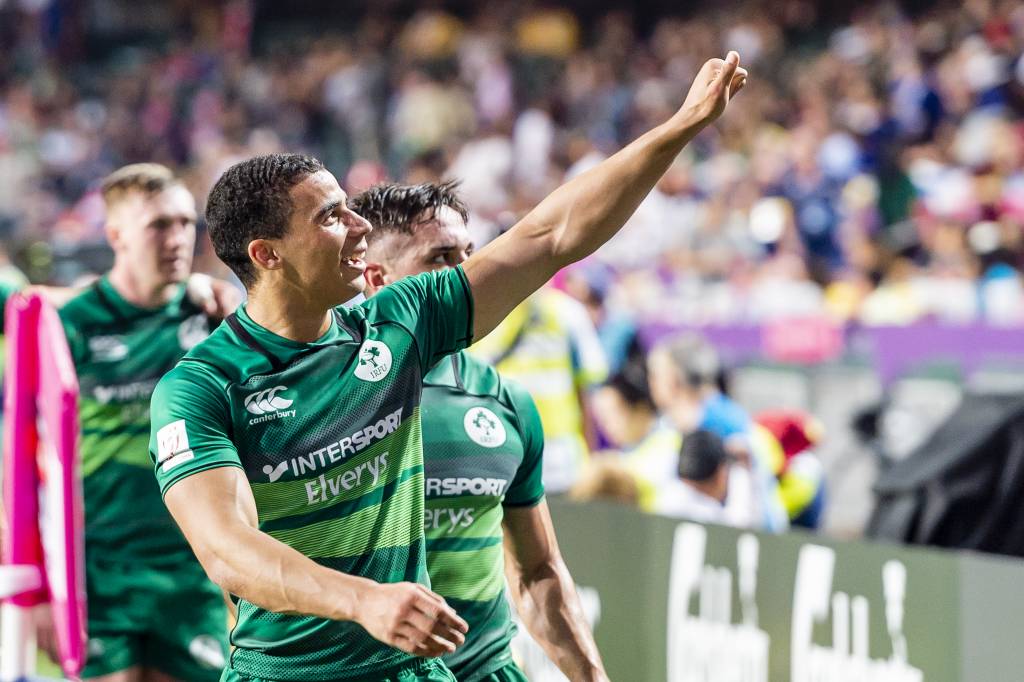 “Around that time it was pretty dodgy for me, coming back from injury and not being able to make it (to Hong Kong last April) was pretty much a low for me. But not winning, and then doing so well (as an invitational team) in London and Paris, and then building on into this season I think did the world of good for us.

“To win Hong Kong and get Player of the Tournament is amazing. I wouldn’t have got it without the lads – they bloody well worked their asses off. The forwards, Terry Kennedy, Greg (O’Shea), all the lads, Harry McNulty. They worked their butt off to get me that ball out there and we reaped the rewards through their hard work and I just finish it.”

Conroy feels this youthful Ireland squad will adapt well to the ten-tournament World Series, readily acknowledging how hard they will have to work to establish themselves on the circuit and compete regularly with the game’s elite sides. They are also eyeing up qualification for the 2020 Olympics, another compelling aspect of their globe-trotting journey to the highest levels of the game.

“With each tournament on into the year, we’re going to work harder and get stronger and hopefully be a core team for the next few years. It’s a new beginning, more hard work begins now. We’ve done a lot of hard work to get up to Hong Kong, but twice as much hard work’s going to have to be done to compete on the World Series,” he added.