Following his absence against Italy due to a minor niggle, second row James Ryan returned in man-of-the-match form in Ireland’s 26-14 bonus point victory over France at the Aviva Stadium Sunday.

The 22-year-old Leinster forward turned in a powerhouse display with 18 carries, two defenders beaten and 13 successful tackles. It was also a positive team performance from Joe Schmidt’s charges, who remain in title contention heading into next Saturday’s showdown with Wales in their Cardiff cauldron.

“We loved it, it’s great to be back at home,” admitted Ryan afterwards. “Obviously on the road for a bit there. Support was great today. As I said, it was great to be back. The build-up was the same as it was every week. We reviewed our last game (against Italy). We look at things we can be better at and then we previewed the opposition.”

There were only two minutes the clock when Ireland took the lead with a maul try from captain Rory Best, who was ably supported by Ryan. The Dubliner was delighted to see the skipper score on a special day for him in the green jersey, while he also praised Ireland’s lineout work which delivered 18 out of 18 balls on their own throw and also an Ultan Dillane steal.

“We spoke this week about it being Bestie’s last home game in the Six Nations. I think you could see out there what that meant to him. He was unbelievable today, so it was great. The lineout went well. I think Hendy (Iain Henderson) did a great job calling and I think our process and our fundamentals were all there. I think we’d be happy with that.” 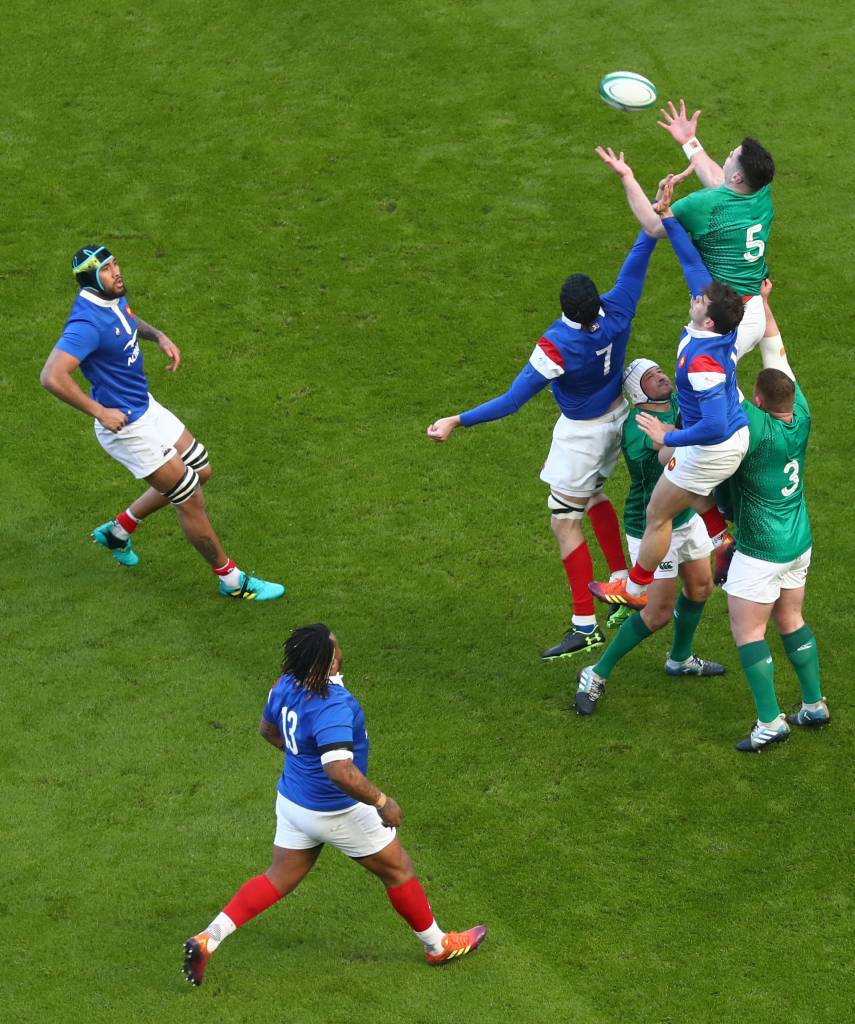 Thanks to well-taken tries from Best, Jonathan Sexton, early replacement Jack Conan and Keith Earls, Ireland had wrapped up the bonus point before the hour mark. They were on course for their biggest ever winning margin against France – eclipsing the 24-0 success at the Mardyke in 1913 -until they leaked tries to Yoann Huget and Camille Chat in the closing stages.

Nonetheless, Ryan does not believe this should put a dampener on what was generally a very encouraging display saying: “We probably took our foot off the pedal slightly, but all in all we can’t be worrying ourselves. We’ve played quite well there for large parts of the game.”

Whereas Ireland entered the final week of the 2018 Six Nations seeking a Grand Slam, having already wrapped up the title with a round four win over Scotland, next Saturday’s opponents Wales are now the team on the brink of a Championship clean sweep. Ryan is already relishing the final round clash at Principality Stadium, a venue he is yet to play at.

“I think we can control what’s in front of us this week. I think recovery is massive for us now with the six-day turnaround. Plenty of guys are in the ice bath already. The next 24 hours are really important in that regard and then from there, we’ll hit the ground running on Tuesday and work on a few things that we could have been better at times there. Hopefully bring that into Carton (House).

“Wales are a quality outfit and I think they’ve really shown that so far in the Championship. They’ll be all guns blazing on Saturday. You only have to watch Wales when they’re singing the national anthem at Principality Stadium to see how much it means to them. I think they’ll definitely be ready to go,” he added.