Head coach Joe Schmidt has announced the Ireland team to play France in Sunday’s Guinness Six Nations game at the Aviva Stadium (kick-off 3pm), making seven personnel changes to the side that won 26-16 away to Italy last time out.

For Schmidt’s final Six Nations fixture at home, hooker Rory Best returns to captain the team for the 31st time – he has led Ireland to 20 wins so far – with Cian Healy and Tadhg Furlong reuniting the front row from the England and Scotland games.

Best’s Ulster colleague Iain Henderson make his first Test start since November, combining with James Ryan in the second row, while Peter O’Mahony, who captained Ireland in Rome last month, is joined in the loose forwards by Josh van der Flier and the fit-again CJ Stander, who resumes at number 8 following his recovery from a facial injury.

Garry Ringrose also returns after missing the last two rounds with a hamstring injury, pairing up again with Connacht’s Bundee Aki in midfield. The rest of the back-line is unchanged with full-back Rob Kearney making his 90th appearance for Ireland and  Conor Murray, Keith Earls and Jacob Stockdale all chasing their third tries in as many Six Nations matches.

Athlone man Jack Carty could make his home debut off the bench after winning his first cap against Italy, and Ireland’s back-line options also include Jordan Larmour who is back from a finger injury. Seven of the replacements got game-time in the last round, including the all-Munster front row of Dave Kilcoyne, Niall Scannell and John Ryan. 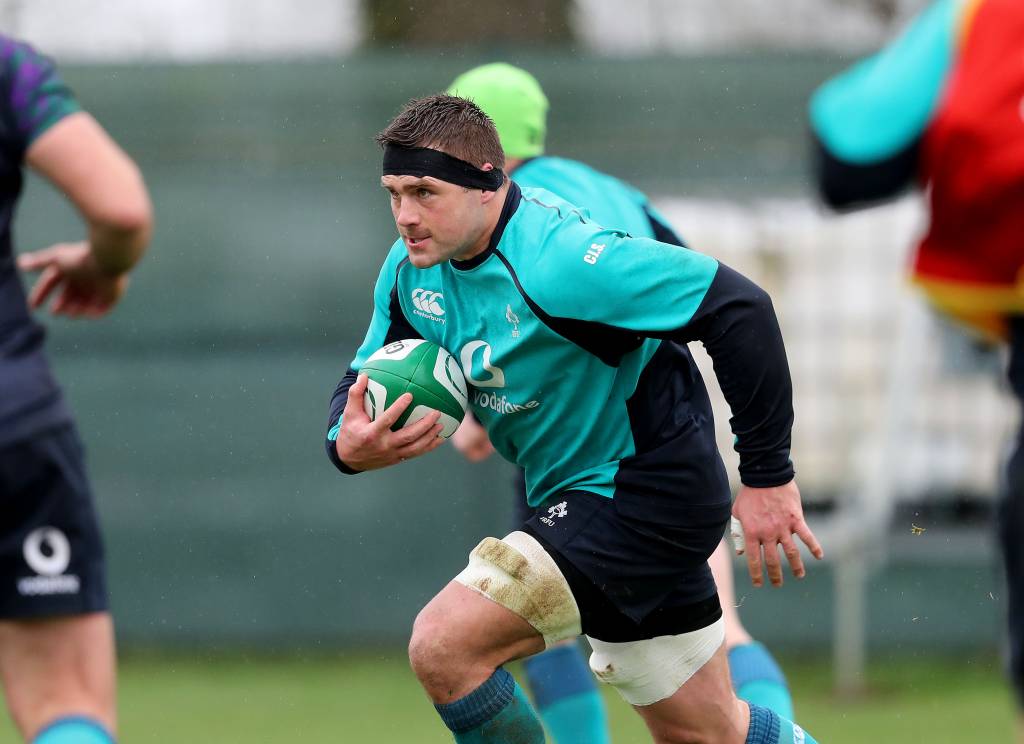 Commenting on some of the selection calls and players who missed out, Schmidt said: “It was about giving a bit more opportunity. It’s great have CJ back in there. James Ryan, Rory Best, those guys who have been rested from the last game. Jack Conan was initially due to start against Scotland so we wanted to give him an opportunity to get his foot back in the door and demonstrate what he can do off the bench and to spread the opportunities again at hooker and prop.

“Ultan Dillane has played really well for us. His tackle count was very high against Italy, the number of positive involvements he was involved in were really good as well so we wanted to reward that performance.

“We have had some others in the squad because we’re trying to give opportunities. Ross Byrne has slotted straight back in and done a really good job. Rob Herring has been in and Kieran Marmion has been in as well. They all come into the reckoning potentially next week as well.

“Josh has had less time than Sean (O’Brien) and hasn’t let us down. He started last year against the French and got that injury so this is a good opportunity for him. The second row, as tempted as we were with Tadhg Beirne, he’s been a little bit sore this week as he’s still coming back after injury. He was in the mix but he’s going to get the weekend off and he’ll come back in fresh to train next week.”