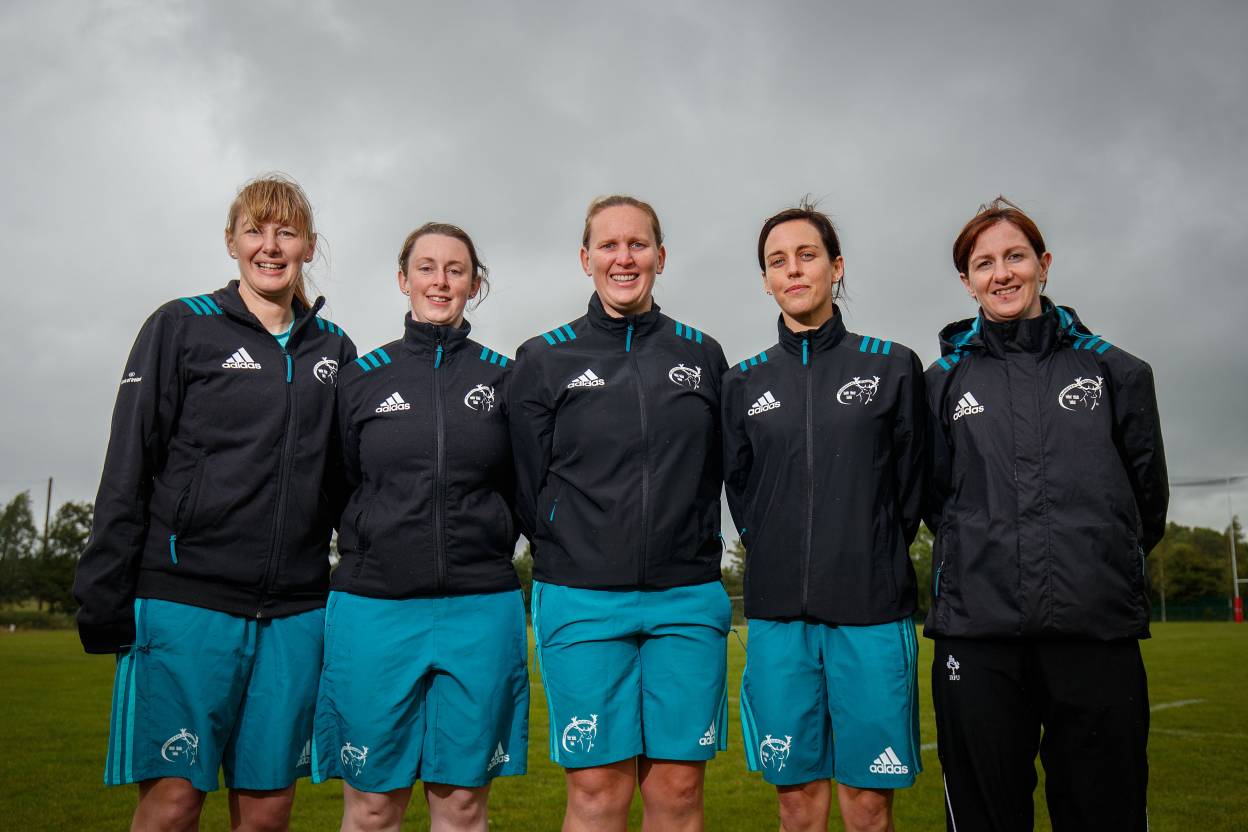 The start of the Women’s Interprovincial Series is now just over two weeks away with the four provinces kicking off the first of five games on Saturday August 17th.

The addition of a semi-final and finals round adds a fresh element to this season’s competition, one that Munster Head Coach Laura Guest is relishing.

“We’ve three fixtures and then we’ll play two provinces twice,” she said in the above video.

“It brings something different, something never seen in our lifetime as players and coaches.

For me, it’s trusting my physio and my S&C – what they say on player load and player management is important. Then it’s about building performances throughout five games – it sounds easy on paper.”

“For me it’s not news. We have five females but for me, we have people at the top of their game.

It’s about the quality of the people. It’s not about our gender but it is a lovely side story that we happen to be all female.”

All four provinces are ramping up preparations for the start of the series. Ulster hosted Connacht in a warm-up game at Clogher Valley RFC on July 28th while the Ulster U18 Women’s squad has been announced.

📸 | Some pics from Ulster Women’s game against Connacht at @ClogherVRFC yesterday afternoon pic.twitter.com/xUaWz5TUG4

Leinster’s preparations included a session with the Defence Forces at the Curragh Camp.

Pre-season prep with a difference…

The Leinster Rugby Women’s team took training to the next level in a session with the @defenceforces at the Curragh last week. 💪

Here’s how they fared. 👇 pic.twitter.com/sKCUrEfg94