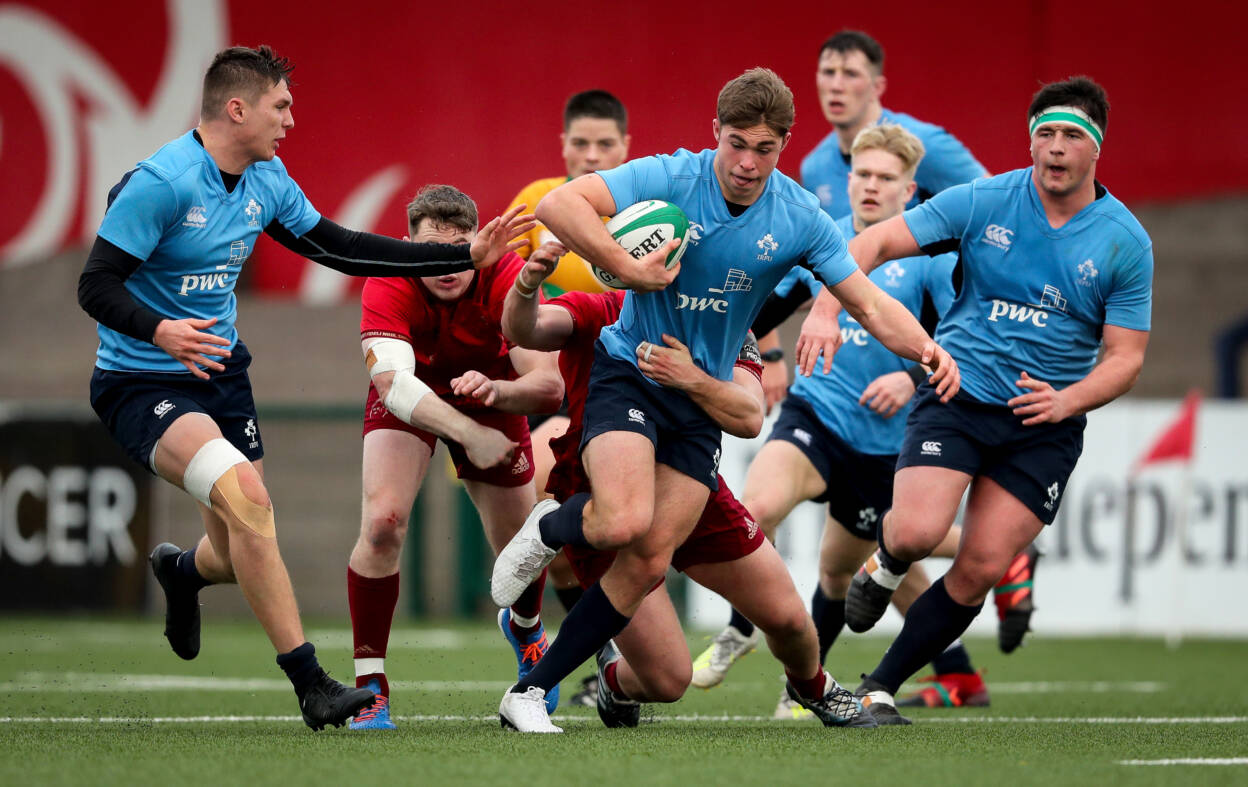 Following two pre-season camps and challenge matches against Leinster and Munster Development sides, the countdown to the opening game of the 2020 Under-20 Six Nations is now firmly underway as the visit of Scotland to Irish Independent Park on Friday, January 31 edges ever closer.

McNamara’s side stepped up their preparations for the Championship with an impressive six-try victory over Munster Development in Cork on Sunday, with winger Andrew Smith crossing for a hat-trick of tries and out-half Jack Crowley among those who stood out.

Reflecting on his team’s performance, McNamara told IrishRugby.ie: “There was aspects of the performance you’d have to be really pleased with. Obviously scoring the six tries and scoring 43 points, there are lots of positives in that. I thought, in particular, in that first half when we got into our flow and when we played with real intent, we were difficult to contain in that period. The challenge for us is to do that over a more sustained period.

McNamara and his coaching staff will now finalise their squad selection in advance of the next camp in Fota Island from Monday, January 20, which will again serve as crucial preparation for that Friday night opener against Scotland in Cork. Tickets are available to buy here.

“We’ll identify what we did well and then look at the areas we need to tighten up,” the Ireland Under-20 Head Coach continued.

“The boys will go away and train hard with their provinces and clubs and they’ll view it as an opportunity to get better and get fitter. The next time we come together collectively will be on the 20th and hopefully we’ll have a run out against Cork Constitution as we did previously last season.

“It’s really about reviewing this now, working hard over the next few weeks and hitting the ground running on the 20th. For us, that’s the start of the Six Nations. The boys are excited, there’s no point in saying otherwise. It’s a fantastic tournament and we’re really looking forward to getting stuck into it.”