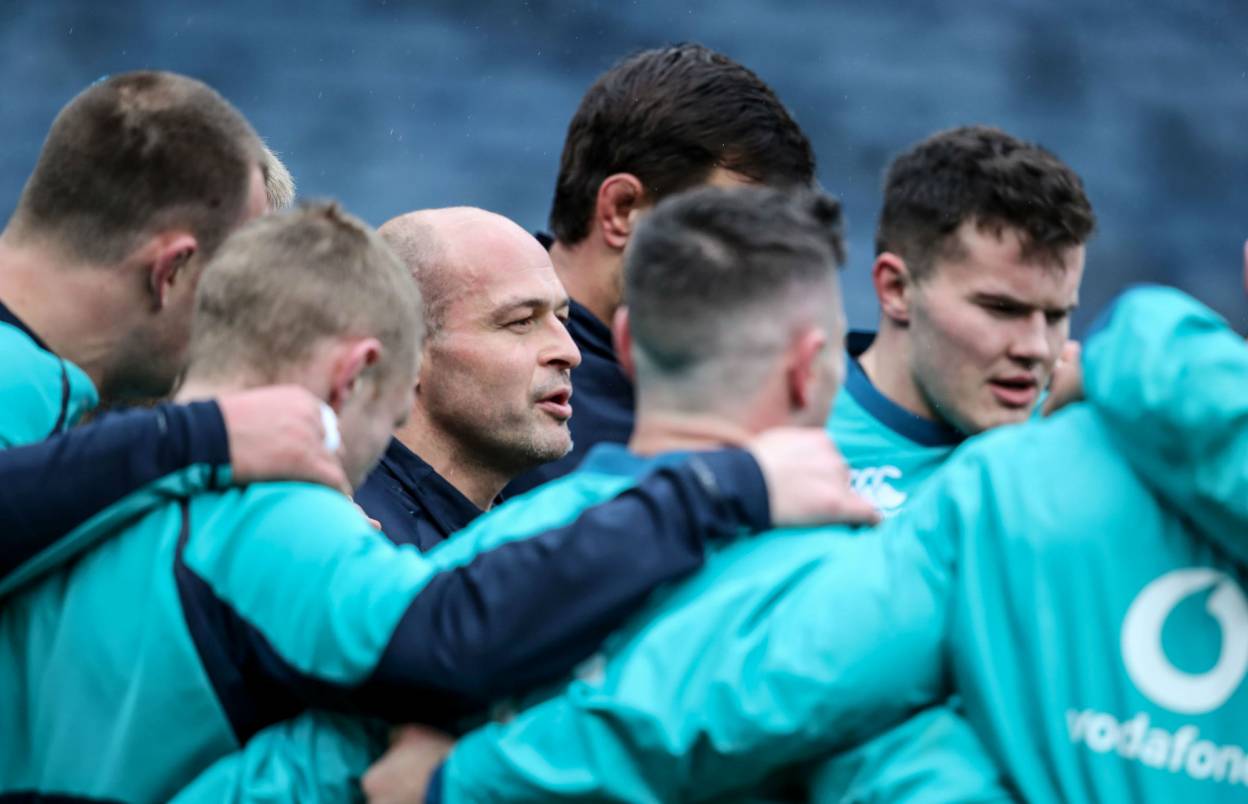 Captain Rory Best says that Ireland have to ‘trust in what we’ve been doing’ in recent seasons and live up to the standards they have set. Irish Rugby TV spoke to him after the Captain’s Run at BT Murrayfield this afternoon as the squad finalised their preparations for the Guinness Six Nations clash with Scotland.

Speaking at the press conference on the eve of the game, Best said: “We were very disappointed with the result and parts of the performance last week. We’ve worked very hard on looking at how we can improve and how we need to improve because we’ve looked at the Scots and how dangerous they are.

“Look, we’re going to have to produce something significantly better than last week. But that’s always the goal for us and we fell down last week but it doesn’t mean we throw everything out and attempt to start again. We’ve built a lot of things over the last number of years and it’s times like this where you have to stick to what you know.

“You just ask a little bit more individually from the players to produce something collectively with a few players coming in who didn’t play last week. They’ll be looking to make a point that they should have been involved last week. We have to make sure we get our things right because if we produce something similar, the Scots are a great team and they’ve shown us that as recently here as two years ago.”

Confirmation today that Devin Toner will miss the rest of the tournament leaves Ireland without one of the team’s mainstays. The giant lock has undergone surgery on the ankle injury he sustained against England and is expected to be out for upwards of two months. Best said he is ‘a massive loss’.

“Dev’s been a big part of what we’ve created here in the last while. He’s a great player. I would say over the last 18 months or two years he’s probably played some of the best rugby of his career,” admitted the Ulster hooker, who captains Ireland for the 30th time tomorrow afternoon.

“So, to lose a player like that and the intellectual property he brings around the lineout as well as the calmness he has it’s just great to have around the team environment. He’ll be a loss, as any great player is, but when these things happen, it gives an opportunity to somebody else.

“Quinn Roux was great when he came on (off the bench against England), he showed a lot of physicality. He’s been playing very well for Connacht. This is a massive opportunity for him and for James Ryan to step up and lead in that second row.”