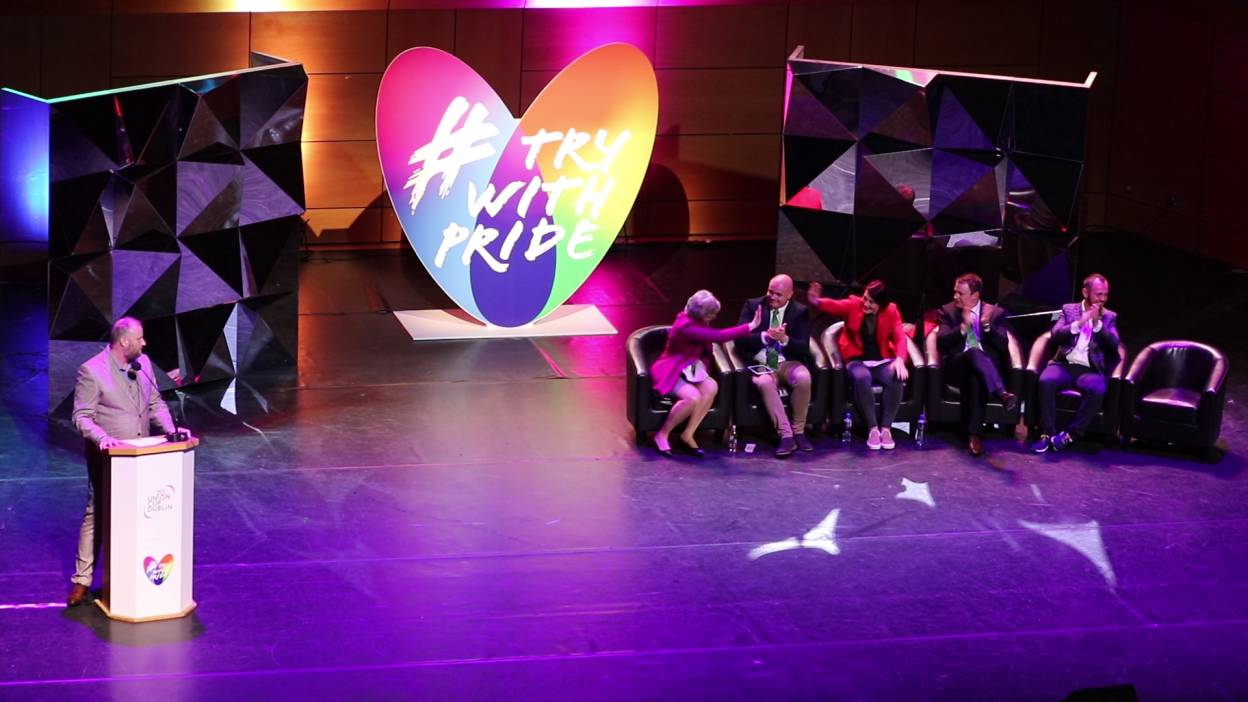 The 2019 Union Cup has been officially launched with a buoyant opening ceremony at DCU’s Helix Theatre. Minister Katherine Zappone TD officially declared the tournament open to kick off a weekend of inclusive rugby and festival activities.

45 teams will compete at the DCU Sports Campus from 8am on Saturday morning, culminating in the Union Cup final at 4.30pm on Sunday afternoon.

Union Cup Organising Committee Chair Richie Fagan outlined to the packed audience how his team had a vision to create the biggest and most successful Union Cup to date.

IRFU Participation Rugby Manager David Keane reiterated the Union’s commitment to inclusivity in rugby, and the event concluded with a performance from the Hit Machine Drummers.

Click here for more information on this weekend’s Union Cup.