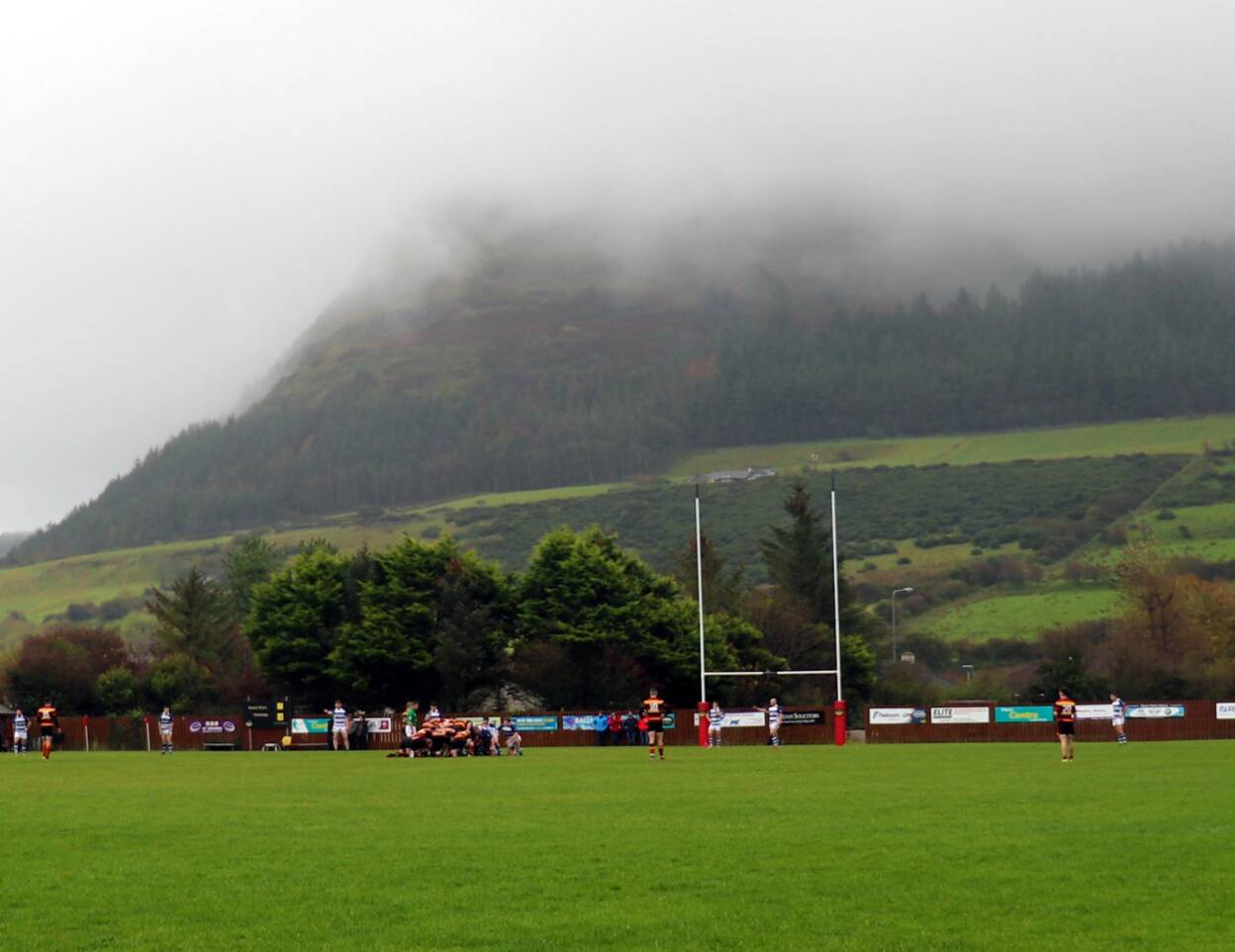 “When it’s bad here it’s really bad,” says Sligo RFC Head Coach Paddy Pearson. They are at home to Dungannon in Division 2B of the Energia All-Ireland League. The stand is full. The clouds roll through and all 327 metres of Knocknarea dip in and out of view behind the goal posts. It’s wet. It’s wintry. It’s winning rugby from the home side.

“We like to play attacking rugby. I think we’ve shown that but sometimes you just have to roll up the sleeves just like today.”

Sligo claim a 14-5 win. Ciaran Cassidy’s powerful effort opens the scoring and Ryan Feehily’s lightning feet take him out of tackles and into the corner.

“We knew they’d get their purple patches but for us it was about the first ten minutes of the game and we got that early try. We probably left a few points behind us in the first half but as the game went on some of our tactical kicking was quite good and won us the game,” he says.

Sligo’s set up is unique in many ways. Their spot by the ocean is part of it, but there aren’t too many senior clubs that train on a Friday night. For Sligo, it’s about working to meet their players’ needs.

“Training wise it’s tough for us – we have lads all around the country so we just have to improvise. We do what we can with our development team and we have a session in Galway once a month,” he says. “We’re stuck out on our own and that’s kind of the mentality.”

They make their challenges part of their identity. It’s served them well. Last year they got a shot at promotion from Division 2B in a playoff with Blackrock College, losing 28-27 in dramatic circumstances. The next challenge is taking that next step.

“We’re trying to win it,” says Pearson. “I think we had a sniff last year but we probably didn’t believe at the start of the year that we were good enough to win it. It took us until Christmas to realise that we could and we’d left ourselves with too much work to do in the playoffs.

“We know where we’re at this year. We probably haven’t had any consistency but hopefully that will come and we can build from that.”

There will be more challenges to face, but Sligo are showing that rugby played the wild Atlantic way is worth sticking with.