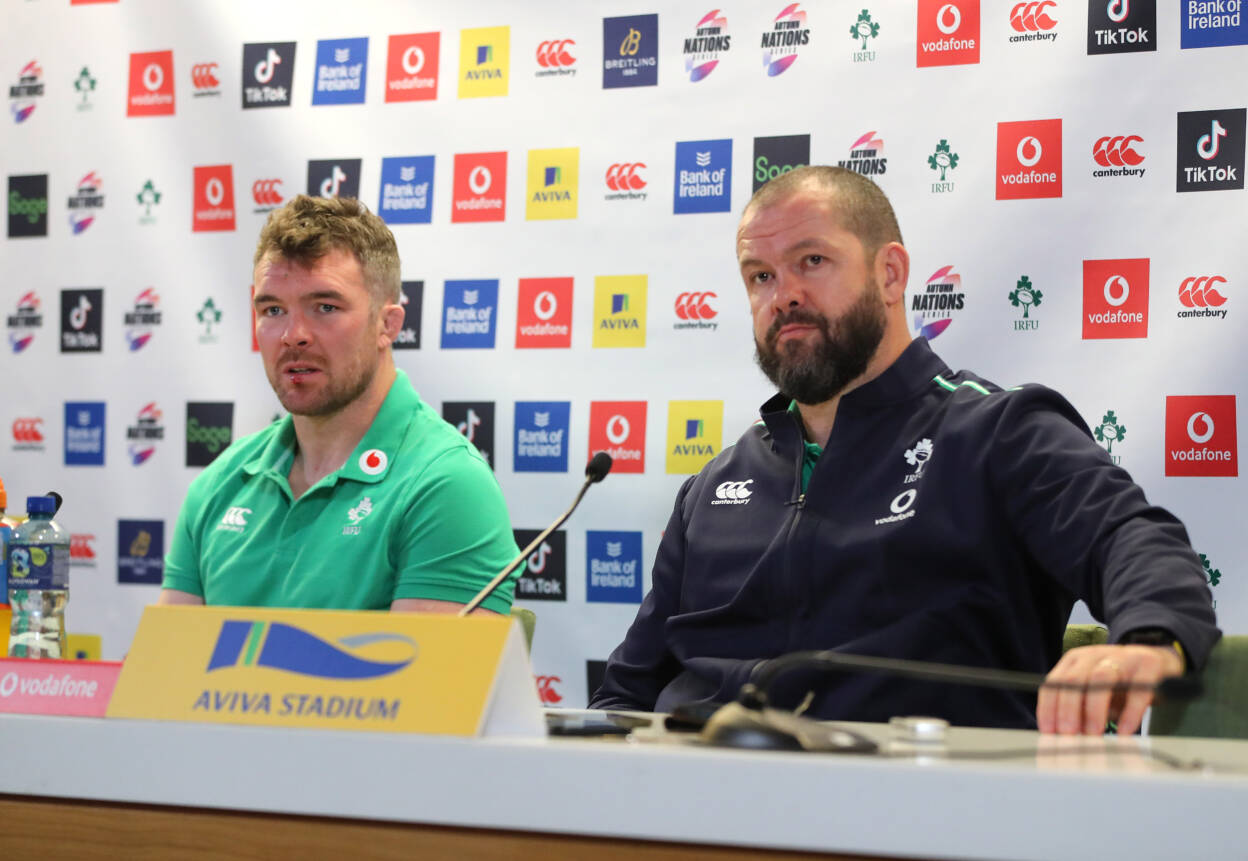 Andy Farrell and Peter O’Mahony spoke to the media at the post-match press conference about the character shown by Ireland to end the Bank of Ireland Nations Series unbeaten after a hugely physical clash with Australia.

Farrell said “We can pull it apart and we will do and we will learn from all sorts of aspects of the game but the bigger picture stuff for me is that Australia made it an absolute dogfight and fair play to them.

“I thought the way they went about their game was abrasive, to say the least, and certainly at the breakdown. They had the courage to shift the ball, like we knew they would, and they were dangerous with their outside backs.

“But for us to back up a few ill-disciplined bits and a few technical and tactical errors and still find a way is a hallmark of a good side. That’s what good sides do, they always find a way in the heat of the battle and we are delighted in that regard with the win.”