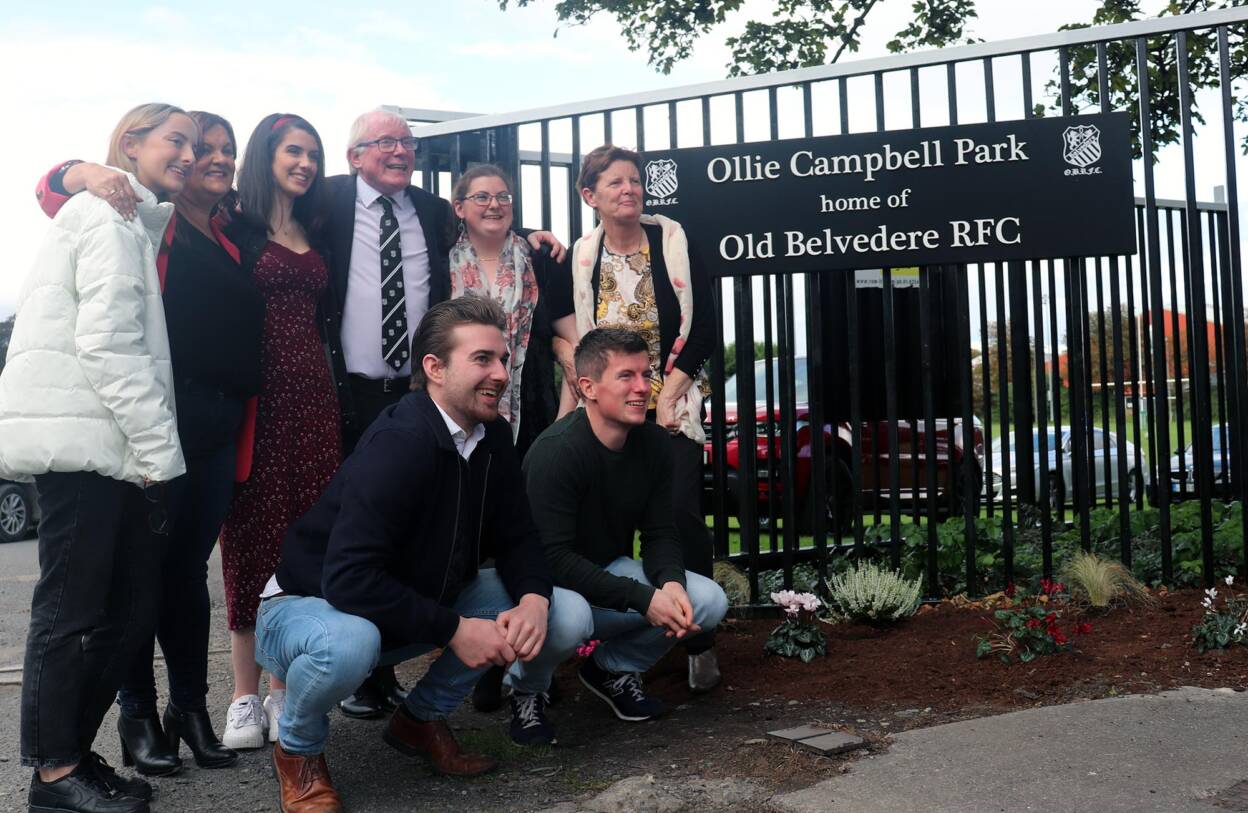 Ollie Campbell is keen that everyone at the pre-match lunch can get out in time to watch Old Belvedere host Navan in Division 1B of the Energia All-Ireland League.

There will be U9’s and U11’s at half-time – he’s a patron of the minis programme so he’ll keeping an eye on that. The senior women’s team start their league campaign at 5:30pm so that’s another one to watch.

The J2’s are also playing beside a youths team being put through their paces at Anglesea Road.

Seamus Oliver Campbell had his favourite place in the world named after him on October 12th, 2019. The signs saying: “OLLIE CAMPBELL PARK home of Old Belvedere RFC,” are unmissable.

The function room is packed with friends and family to hear his acceptance speech. Much like the former Ireland out-half’s playing style – his words are elegant, humble and inspirational. To hear for yourself, watch some of the highlights in the below video.

“We can’t think of a better way of recognising Ollie’s contribution to rugby in general and Old Belvedere in particular, than naming our ground in his honour,” says current Club President Paul Cunningham.

“Ollie represents all that is good in rugby, he is renowned worldwide for his talent and is also regarded as one of the true gentlemen of rugby.”

“Ollie’s contribution to Old Belvedere has been unequalled on and off the rugby pitch. He is our club’s inspiration. We celebrated our 100th anniversary during the 2018/19 season and we felt that naming our ground Ollie Campbell Park was the right way to mark the occasion.”

The new name already feels like the perfect fit. People are so comfortable with it, it’s already been shortened to OCP in some quarters says club captain Steve Crosbie.

“He’s a fan of every team in the club,” says Women’s Coach Nora Stapleton. Nora tells a story below about her first encounter with the great man and the support he offered her as a fellow international out-half. There was always a message sent.

There was always a quote shared. The senior women’s team still use a move that was suggested by Campbell: “Knife Through Butter.”

The senior teams did their bit to make it a perfect day with big wins on the main pitch. Campbell smiled, of course. He’d been smiling all day. He was home.