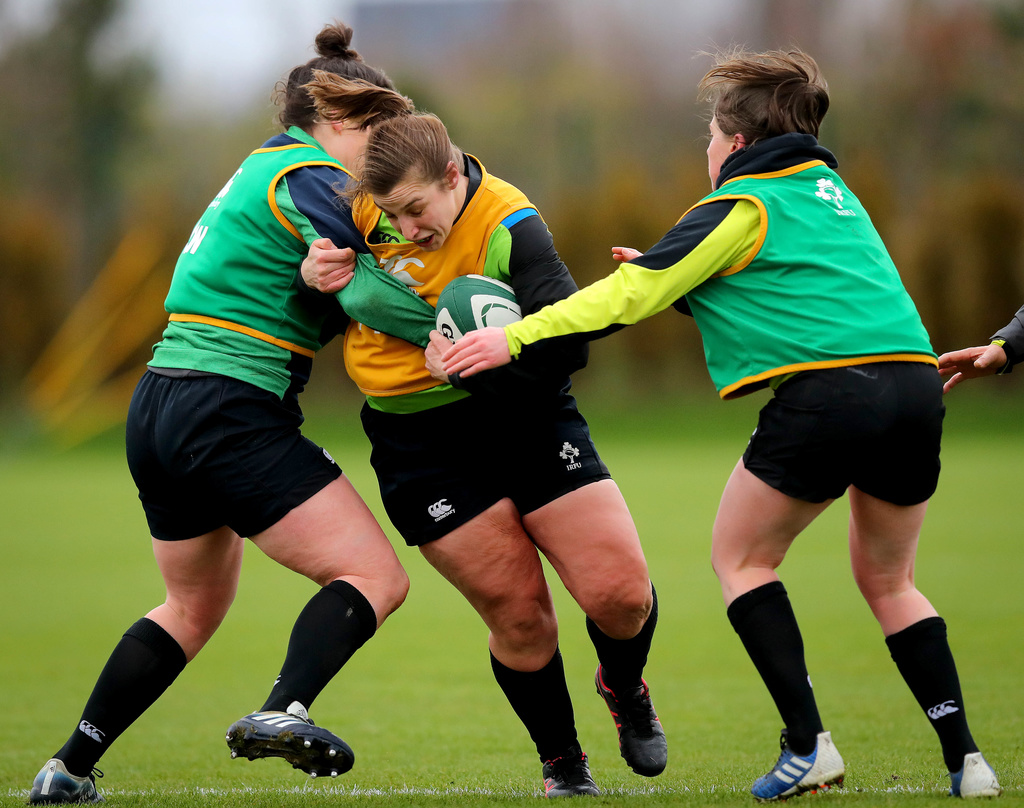 Ireland returned to camp training this weekend ahead of the start of the Women’s Six Nations. The squad have gone through a significant body of work over the past number of months and attention can now turn in earnest towards playing Wales on April 10th.

“I don’t think we’ve ever been as ready to play a game,” Ireland prop Laura Feely told IrishRugby.ie. “The training is done. We’re confident. There’s a bit of nerves – there always is ahead of a few games but I think it’s good nerves. You hear that term a lot and I think it’s exactly what’s in this group. We’re ready and we can’t wait to get going.”

The Donegal native has also been speaking about the bond between the players and how they have supported each other through a difficult period.

“This group is the most passionate that I’ve ever been involved with. We’ve had to overcome a lot of obstacles this year. Outside of rugby, we’ve been completely isolated from our friends.

“Most of the team that aren’t from the Dublin area, we’ve also been isolated from our families. I would describe this team as my family in the past 12 months. They’re who I’ve relied on in and out of sport for the world that we’re living in and the support that we need.

“They’re my family and I can’t wait to get going with them over the next few weeks.”

The 35 player squad for the upcoming championship was announced during the week. Click here for more.