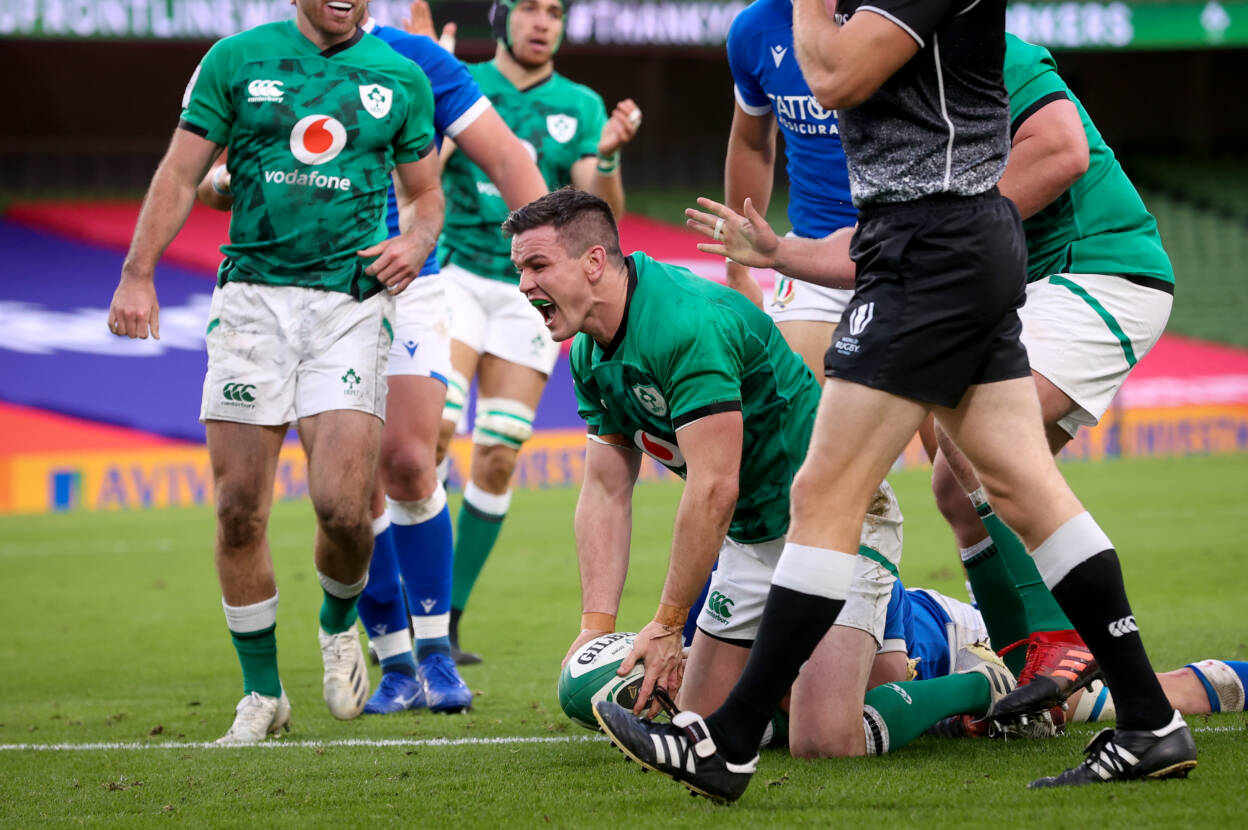 Ireland returned to Guinness Six Nations action in emphatic fashion on Saturday afternoon as they scored seven tries to defeat Italy 50-17 at the Aviva Stadium.

Andy Farrell’s side secured a bonus point victory to move them to the top of the table – a single point clear of England and France – heading to Paris for next weekend’s final round clash with the French.

Sexton reserved special praise for the four new caps – Ed Byrne and Jamison Gibson-Park made big impacts off the bench – in his post-match press conference.