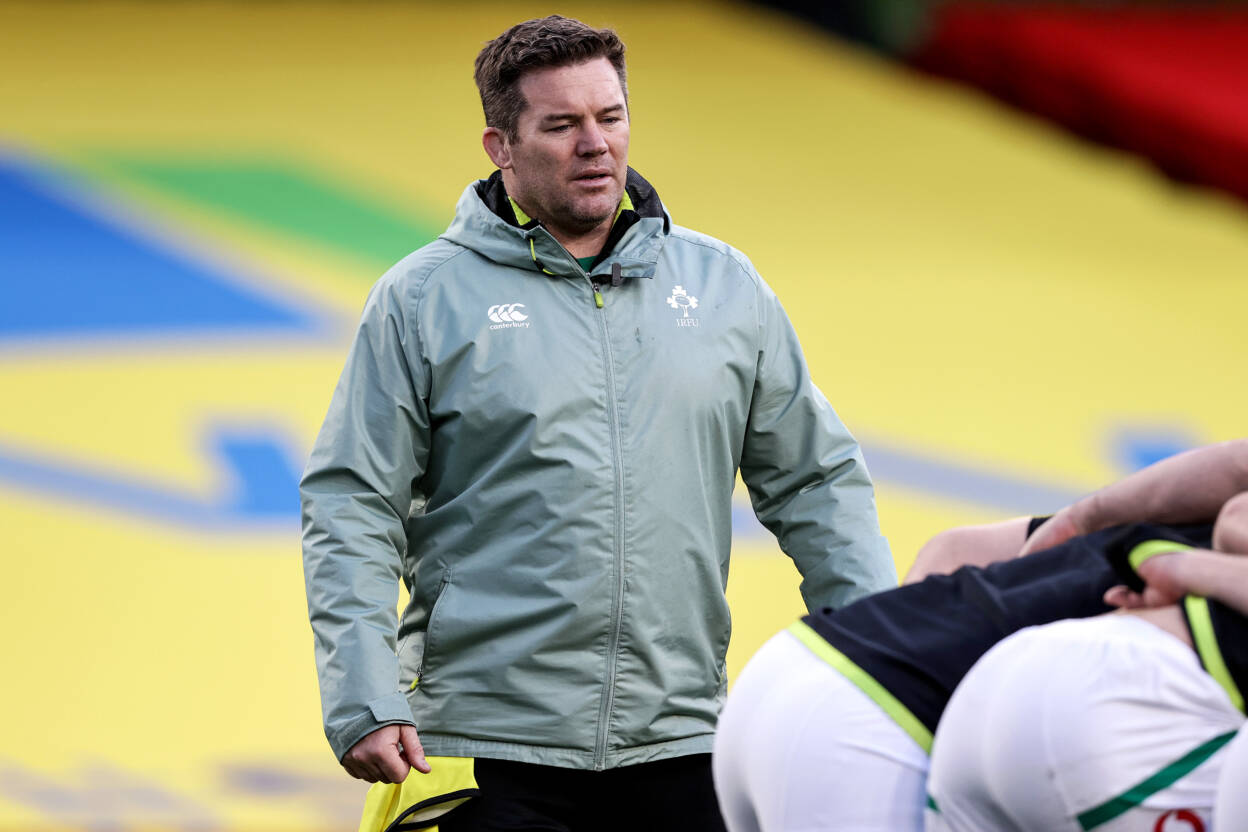 Ireland scrum coach John Fogarty is excited to see what Dave Kilcoyne and Tadhg Furlong can bring as starting props against Italy in Rome tomorrow.

The experienced pair make their long-awaited return to the Ireland starting XV in the third round of this year’s Guinness Six Nations Championship.

Wexford man Furlong last featured from the start for Ireland on February 23 of last year, when England got the better of Andy Farrell’s men at Twickenham.

Back, calf and hamstring injuries subsequently ruled him out of action for several months, but he did make a brace of cameos in Ireland’s recent Championship defeats to Wales and France.

Munster loosehead Kilcoyne has made four appearances off the bench to date under Farrell. His most recent international start came in the 2019 Rugby World Cup pool win over Russia.

Speaking at the Captain’s Run in the Stadio Olimpico, Fogarty told Irish Rugby TV: “I’m delighted to see the lads back. They’re delighted to be back, ‘Killer’ and Tadhg in a starting jersey for Ireland.

“It has been brilliant to see during the week their prep. How much focus they have put into what they need to get done during the week, so that they can perform tomorrow.

“In general, the pride they have of getting back into a starting Irish jersey. We’ll expect huge energy from that group of props to start. Cian (Healy) and Andrew (Porter) have gone so well in the previous games.

Speaking in the aftermath of his team announcement on Thursday, head coach Farrell acknowledged that Ireland need to start showing more of a clinical edge in attack.

Fogarty is of a similar mind and said that the Ireland squad have been working towards this particular goal throughout the week.

“That the players have led in how they’re prepping during the week and finishing off those last pieces. We’d expect to put ourselves in good positions to start with and that’s going to be a battle against Italy.

“When we do put ourselves in good positions, have that focus. Have that clarity in our heads to just get after it and get it done.”

Tomorrow’s clash with Italy could mark the beginning of the respective Test careers of Ryan Baird and Craig Casey. The two youngsters are named on the bench and in line to make their senior international debuts.

As a coach, Fogarty helped to oversee the development of 21-year-old lock Baird during his four-year stint as Leinster scrum coach.

As a player, he lined out alongside Casey’s uncle, Mossy Lawler, in the red of Munster before becoming a familiar opponent to the Limerick native following his switch to Leinster in 2002.

Baird and Casey were part of the Grand Slam-winning Ireland Under-20 squad of 2019, and Fogarty is eager for them to show that they are capable of stepping up to the senior grade. He added:

It’s brilliant, two young guys that have yet to be capped. So much excitement again. You talk about Tadhg (Furlong) getting cap number whatever it is (47) and the pride he has, but those two lads again have acquitted themselves unbelievably well during the week.

“Unbelievably proud to come out tomorrow afternoon and put on the green jersey, and hoping to get on the field. Again, lots of energy.

“They’re two young athletes and you’d expect to see lots of energy tomorrow from them. Looking forward to seeing that.”