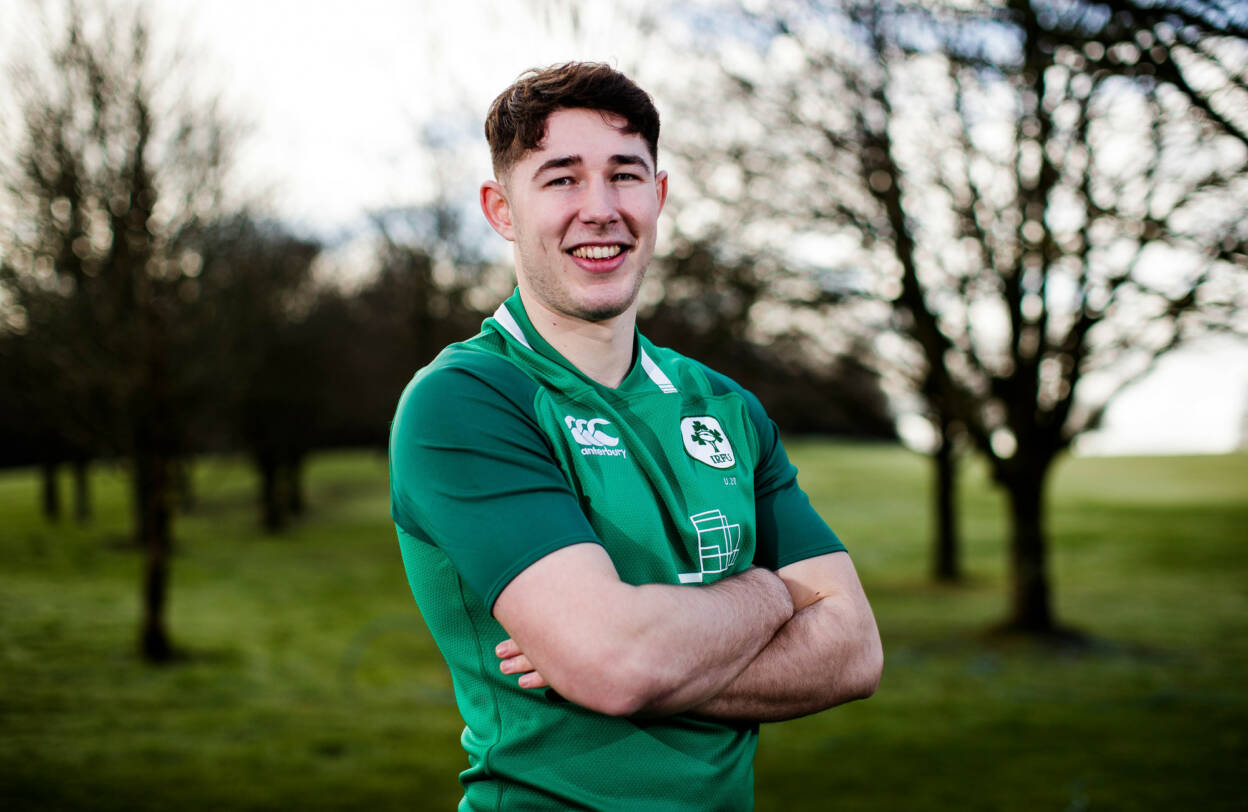 He has previous experience of leading the Ireland Under-19s and most recently the Ulster ‘A’ side in the Celtic Cup, but the honour of being named Ireland Under-20 captain for the upcoming Six Nations campaign is the biggest one yet for David McCann.

The Banbridge back row has been handed the captaincy for the 2020 Championship by Noel McNamara having won six caps for the Ireland Under-20s last season, while Leinster Academy prop Thomas Clarkson has been appointed vice-captain for the season.

Both McCann and Clarkson are back for a second year at this age-grade and will add vital experience to McNamara’s 37-man squad, who are now in the final stages of preparation for Friday night’s Six Nations opener against Scotland at Irish Independent Park (kick-off 7.15pm and tickets are available here).

19-year-old McCann has shown obvious leadership qualities already in his short career and having tasted success with last year’s group, will be keen to drive McNamara’s side to greater heights this season.

“It’s one of those things when you watch the Ireland Under-20s you always see who is captain and it’s something you desire to be from a young age,” he told IrishRugby.ie.

It’s great to be going back to Irish Independent Park and to lead the boys out there is a great honour. It’s something I can’t wait to do.

“Having that experience, you can bring that through and you’re just a wee bit more at ease through the build up to the game. Personally I know I’ll be able to bring a wee bit more to my game and hopefully also bring out the best in others.”