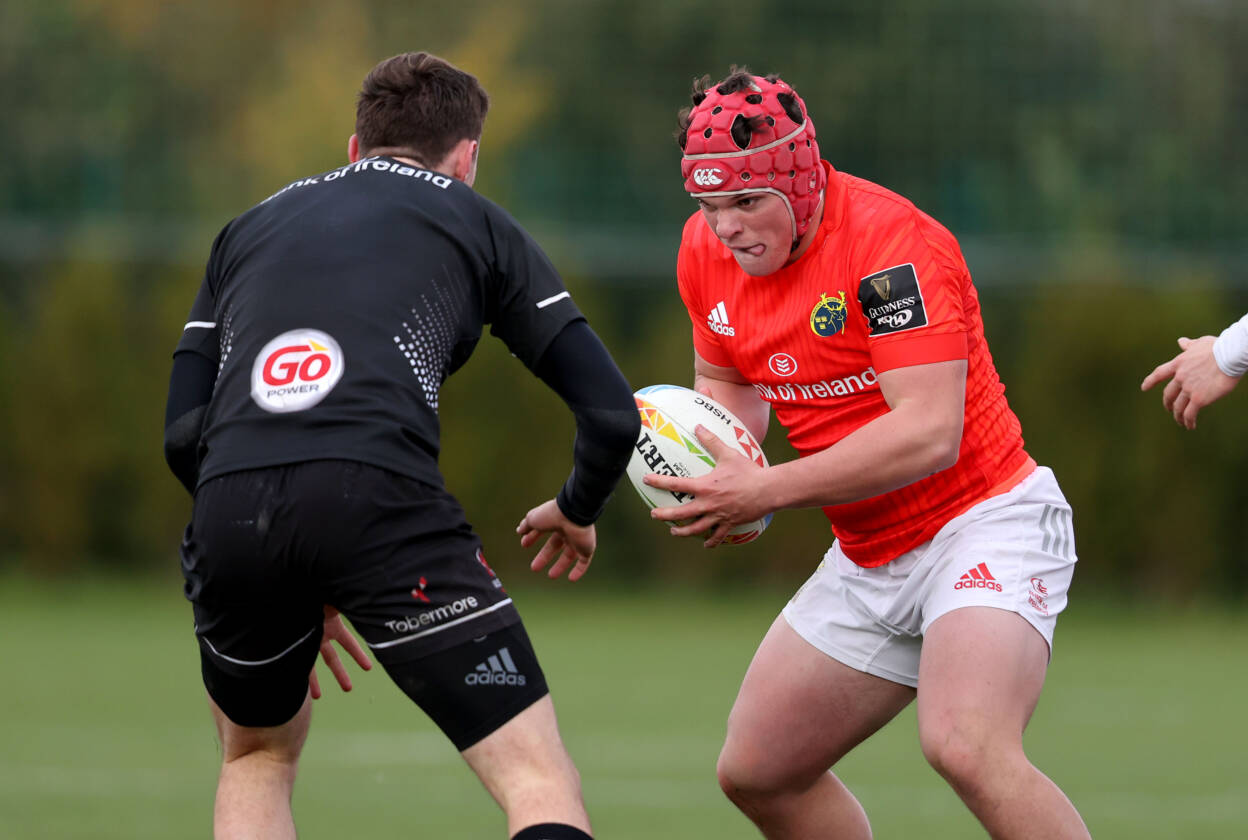 An extended Ireland Under-20s squad assembled at the IRFU High Performance Centre last week to begin preparations for the 2021 Under-20 Six Nations, which is due to get underway in early February.

A group of 37 players from the IRFU National Talent Squads linked up for an intense two-day camp at the Sport Ireland Campus, with Ireland National Team coaches Richie Murphy and John Fogarty among those leading the pitch sessions.

Munster prop Mark Donnelly was one of several players who were involved in last year’s Ireland Under-20s squad, and the Garryowen man has returned with renewed motivation to pull on the green jersey following the frustration of last season’s Championship campaign as Covid-19 hit.

Speaking to Irish Rugby TV, Donnelly – who has been involved in recent Munster ‘A’ fixtures while also lining out for the Province at the inaugural IRFU HPC Sevens Series back in October – said it was great to be back at the IRFU HPC as the squad build towards the 2021 campaign.