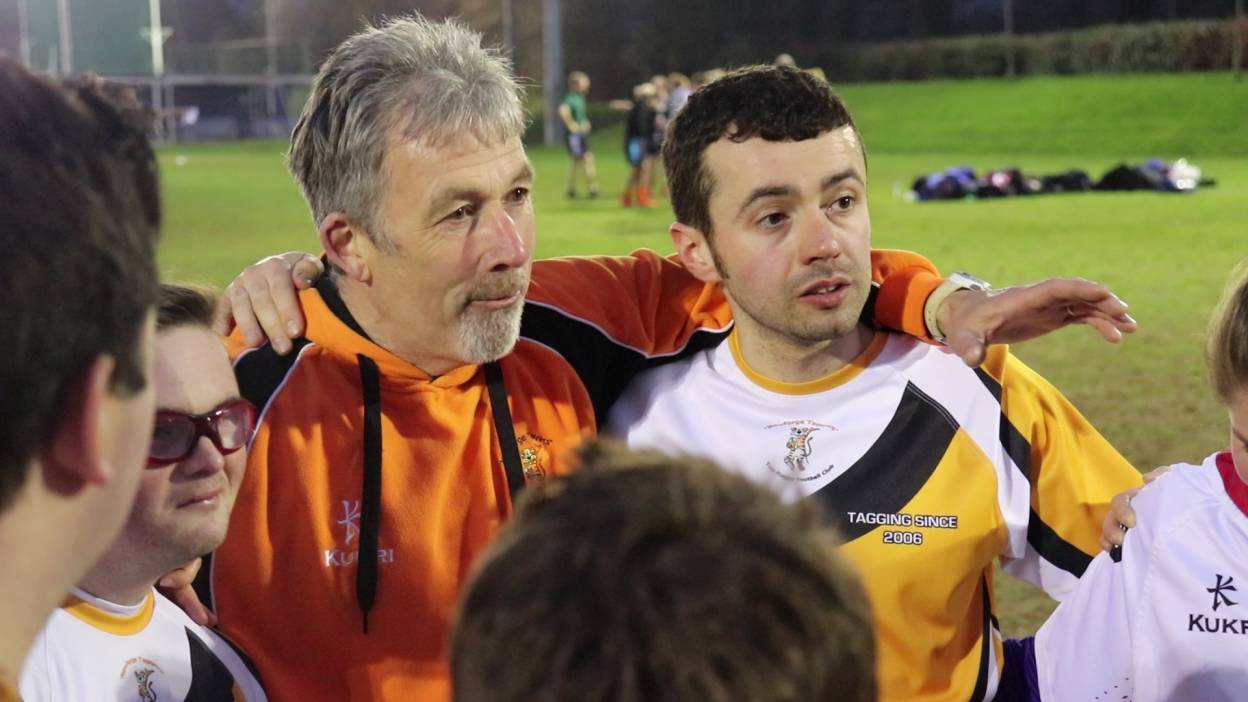 A new team to IRFU Volkswagen Tag Rugby has made a little bit of history in Belfast. Newforge Taggers, formed in 2006, are a club for players with learning disabilities. In March of 2019, they became the first such team to enter a Tag rugby league.

Kerry Spence is Spirit of Rugby Officer in Ulster. “The IRFU’s ‘Spirit of Rugby’ programme came into effect in 2017 and we’ve been looking at what the player pathway for people with a disability is,” she said. “The Taggers were the first team to set up in Ulster and now they’re going to be the first team to enter a mainstream league. It’s a hugely exciting opportunity for them.”

Led by head coach and founder member Gareth McKeown, the club is also the junior section of the PSNI Rugby Club. “We started off with four coaches and 13 players,” said McKeown. “We’re now up to over 50 players and a coaching base of 16. We’re well supported by the Ulster Branch and the IRFU and with more clubs being established around the island, we’re getting a lot more game-time as well.

“A number of our players had reached the peak of their ability among their peers and I was very keen to unify them in a mainstream league. It’s about their integration in society and promoting their ability rather than their disability. They certainly aim to win, and they are competitive, but they are also gracious in defeat.”

Irish Rugby TV caught up with the team in their final preparations before entering the IRFU Volkswagen Tag league at Queen’s University. They played a training game against teams ahead of the start of the Spring League in Belfast Harlequins. Newforge Tagger member Glenn Couser offered his thoughts, saying:

The first couple of minutes were really challenging, but once we got into sequence we were happy. To me (rugby) is about freedom. It’s just the freedom to run the length of the pitch if I can.”

“It’s about us as a club showing the world what the Newforge Taggers is about,” said coach Nikki Greggs. “Being integrative in our approach, showing our sportsmanship throughout, being able to compete and ultimately raising our players’ self-esteem. It’s magical. It really is a story that has to be written and tonight it was written.”

To learn more about the IRFU’s ‘Spirit of Rugby’ programme, click here.

To learn more about IRFU Volkswagen Tag Rugby in 20 venues around the four provinces, go to www.irishrugby.ie/tagrugby.