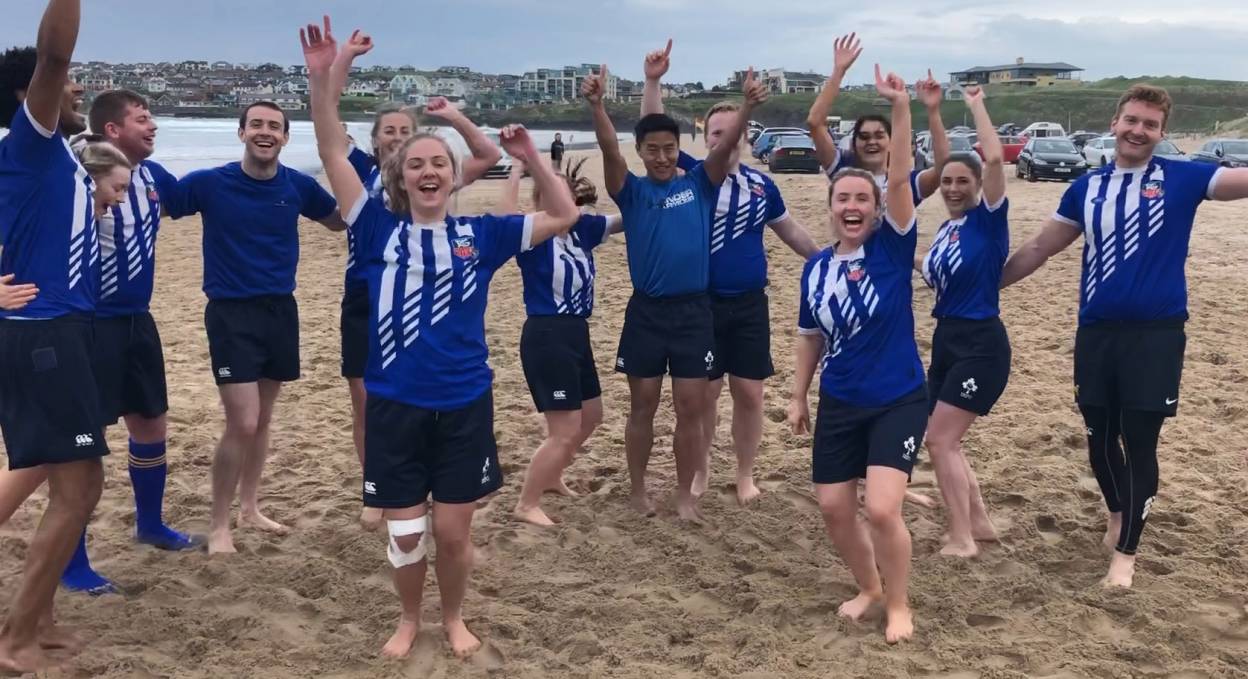 Portstewart Strand was once again the host for a successful IRFU Volkswagen Beach Tag Rugby Festival in 2019. Twelve teams faced off on the Causeway Coast for a day of fun, socialising and Tag rugby with many choosing to cool down afterwards with a dip in the North Atlantic.

Friesian Taggers were crowned Cup winners at the end of all 27 games. They are previous winners of the tournament and also compete in IRFU Volkswagen Tag Rugby leagues in both Belfast Harlequins and Queen’s University.

“In our league matches, you only get to play one in a night,” said Friesian Tagger Zara Bonner. “You get to come here and play lots of matches. You get to hang out for the day with your friends. So that’s always great.”

Racing Club de Belfast have been playing Tag rugby for the past 15 years. For Paul Wilson, it’s the social element and the organisation of the tournaments that help make it so enjoyable. He said:

It means that we just turn up and do what we can do. There’s always something laid on in terms of food or drink or something that makes it really social. The rules are all about it being social too and it makes a really big difference.”

To learn more about Tag rugby in venues across the four provinces this summer, head to www.irishrugby.ie/tagrugby.