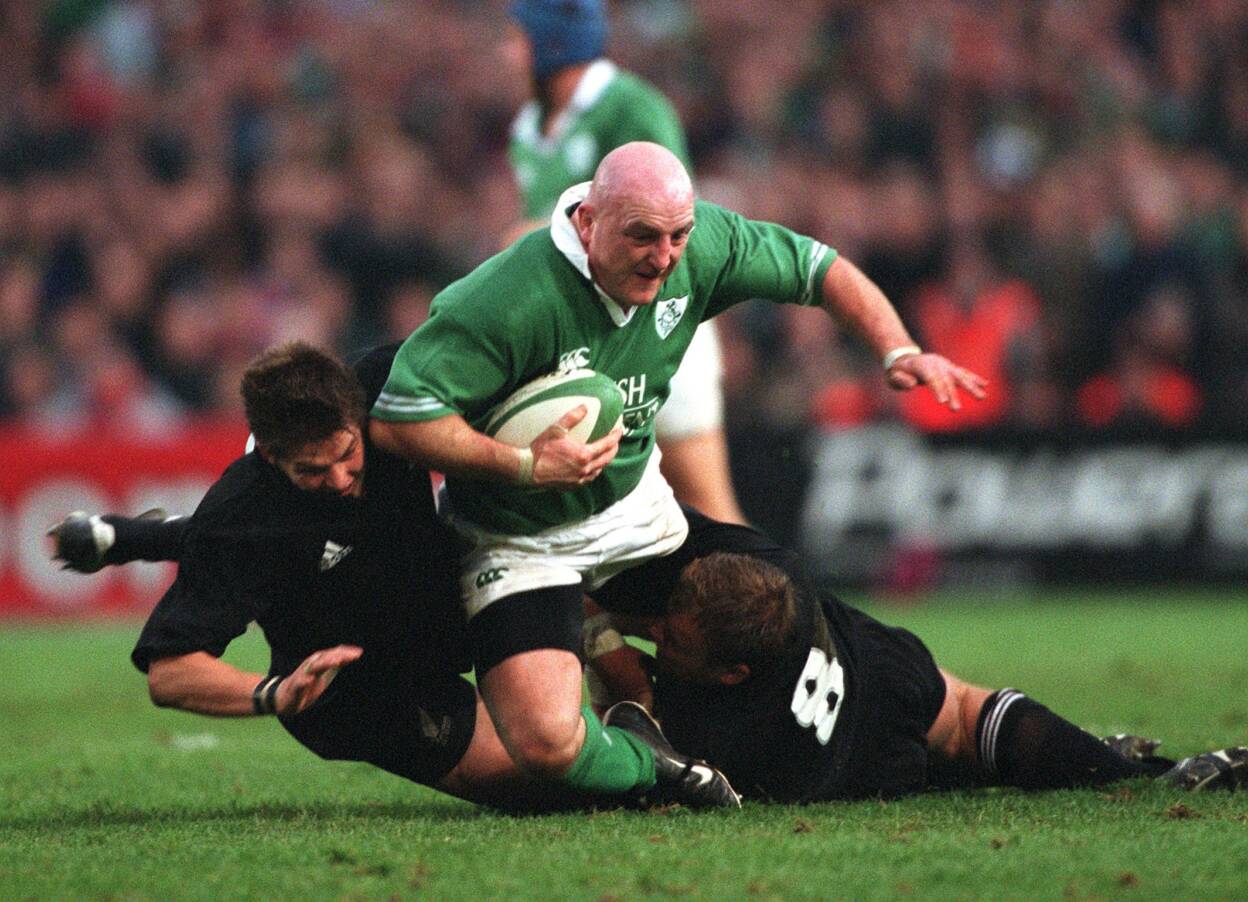 In the second episode of IRFU Rugby Stories, former Ireland captain Keith Wood and former All Black and Ireland scrum coach Greg Feek embark on a trip down memory lane to look back on a memorable Test match at Lansdowne Road in November 2001.

Coming off the back of a second-place finish in the Six Nations Championship, Warren Gatland‘s Ireland welcomed the All Blacks – including Jonah Lomu, debutant Richie McCaw and Doug Howlett – to Dublin for a highly-anticipated November International in front of a sold-out crowd.

Inspired by the soon-to-be-crowned World Rugby Player of the Year Wood, Anthony Foley and a masterful performance at out-half by David Humphreys, Ireland roared into a 21-7 half-time lead and all 49,000 packed inside Lansdowne Road dared to dream of a historic first victory over the All Blacks.

However, John Mitchell‘s visitors had different ideas and staged a powerful second-half comeback to emerge with a 40-29 victory.

Re-live the game and occasion with Wood and Feek – who led the All Blacks Haka that day – in the second episode of IRFU Rugby Stories below.