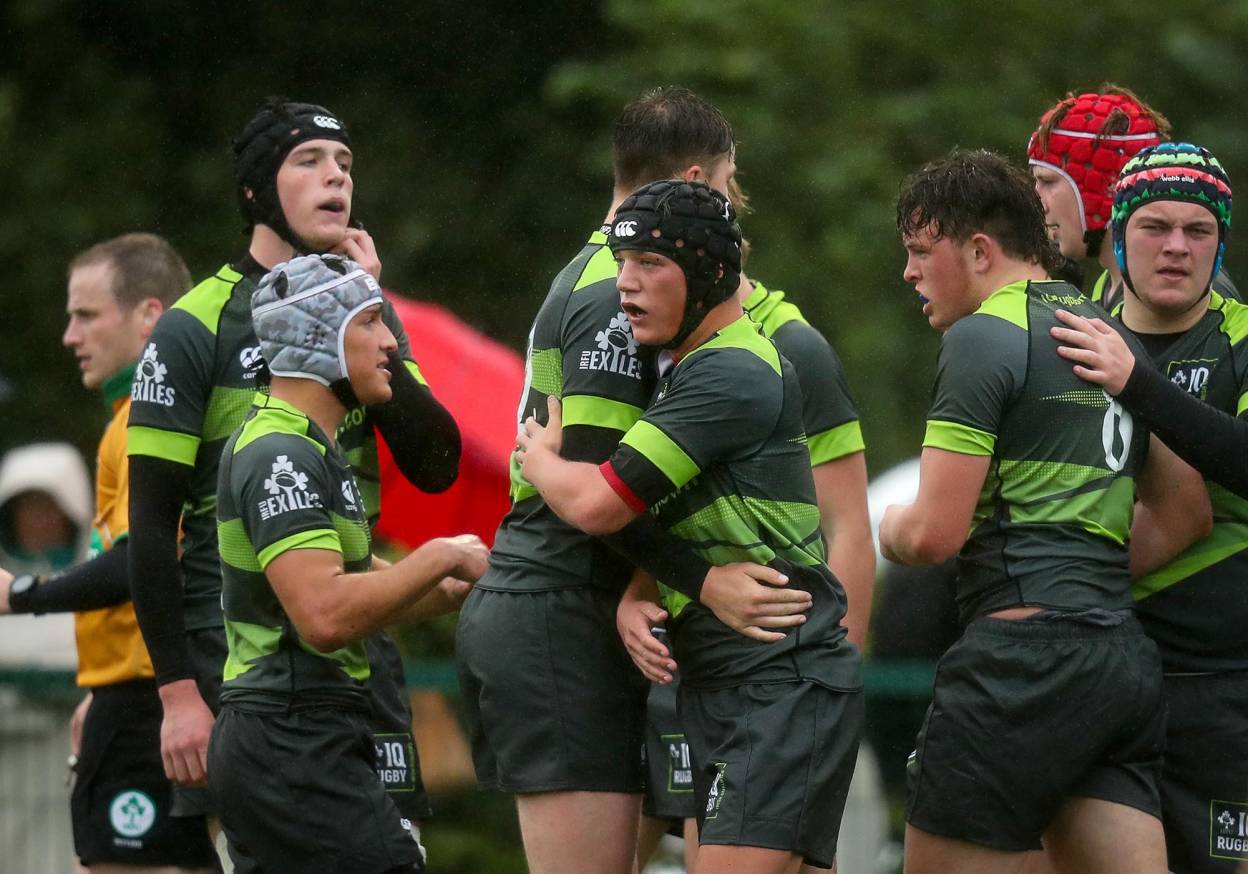 Players in the IQ Rugby Under-18 Men’s squad were briefed this week on how elite players are identified and developed in the Irish Rugby system.

The squad are currently attending the IRFU U-18 Men’s Interprovincial Festival in the University of Limerick, along with the Clubs and Schools squads from Connacht, Leinster, Munster and Ulster.

The IQ Rugby programme identifies, develops and supports Irish-qualified athletes living outside of Ireland who have the ambition, ability and potential to play in and/or for Ireland.

IRFU Head of Elite Player Development Peter Smyth briefed IQ Rugby and the four provinces on how Irish Rugby is moving away from a pyramid structure with a deselection process and toward a map where players can operate at a higher level for longer.

He also outlined what exactly a player pathway can be, citing that it is rarely ever linear.

“When we discuss the player pathway, we try to get across that it doesn’t have a start, a middle and an end. It’s more like navigating a maze,” Smyth told Irish Rugby TV. “Players are going to incur challenges and they’re going to have make decisions that will take them down different routes.

“All the volunteers, coaches and professional staff with these players just want to help them navigate and progress.

“We can cater for players in so many ways here at the University of Limerick, but this Festival doesn’t just stand in isolation. It’s part of process aimed at keeping these players in rugby for a long time.”

Players at the Festival in Limerick are evaluated on their technical ability, physical skill and game play, but Smyth addressed other critical factors in identifying players with potential to reach the highest levels of the game.

“You’re being judged on the pitch and just as importantly – off the pitch,” he challenged players.

What are you like with your team-mates? What are you like in this environment? How are you interacting with the other teams? Are you cleaning up after yourself? Are you coachable? Are you listening to your coaches? Are you asking for feedback? All those off-the-pitch skills are just as important.”

You can learn more about IQ Rugby here. The Festival at the University of Limerick concludes on Sunday with the final round matches.