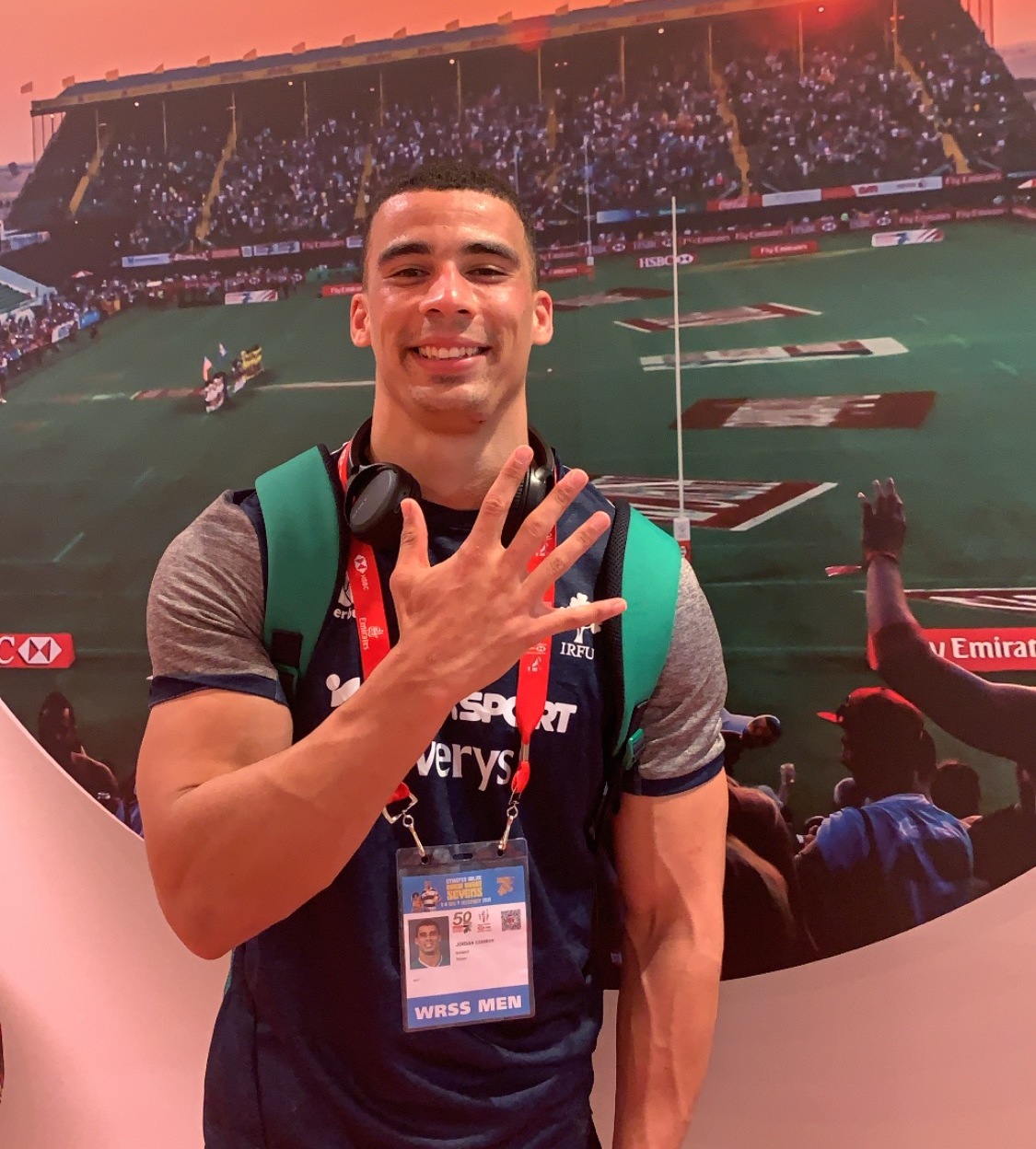 The Tullamore winger became the first player since 2010 to score five tries in a single World Series game as Anthony Eddy‘s side secured their maiden win as a core team in dramatic fashion.

Conroy was at his devastating best throughout the Pool B clash, mixing his lethal finishing ability, speed and athleticism with physicality in defence, to run in all five of Ireland’s scores in the last-gasp 32-29 win over the Scots.

It was a memorable night for the 24-year-old and indeed Irish Sevens rugby in front of a packed crowd at The Sevens Stadium and Conroy believes it was the result the team needed heading into Saturday’s 11th place play-off against Spain (3.44pm local time, 11.44am Irish time).

“It felt amazing out there,” he told IrishRugby.ie afterwards. “To get a first win on the World Series and hopefully now we can build on that into Saturday. We needed that to kind of get ourselves going.

“It was a bit of a dogfight but we were happy with our performance and we’re looking forward to Saturday.”

Conroy, who impressed on the World Series during Ireland’s four invitational appearances over the last two seasons, stole the show under Friday night lights.

“It was great, there was a massive Irish support out there,” he continued.

It was absolutely amazing scoring each try. Scoring five, I didn’t think I had it in me but it felt great. I think I left my legs out there but it was amazing.

“What a way to score five tries and to get the last winning try felt pretty good.

“It put the team in a really good mood and the morale has certainly been lifted in there. All the lads are feeling good after that.”