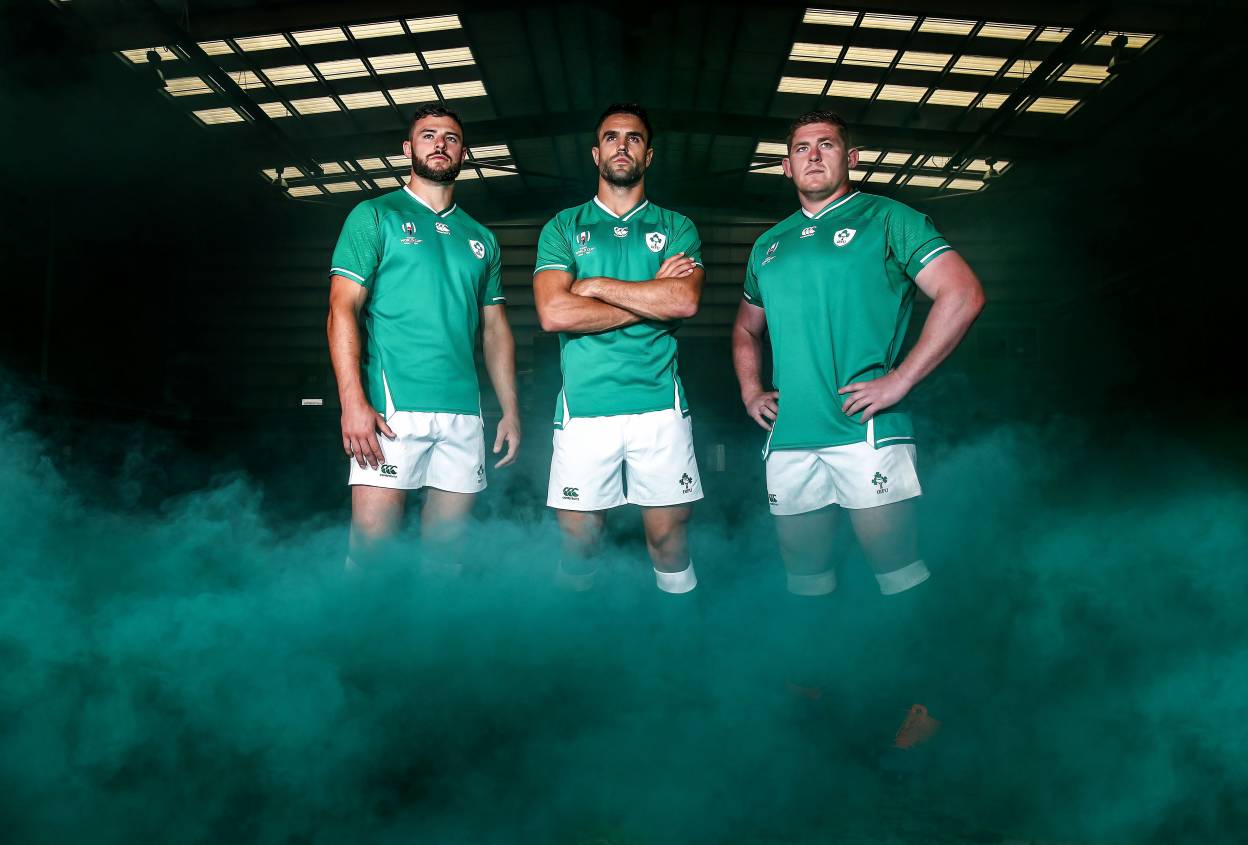 We caught up with Robbie Henshaw and Conor Murray at an unusual photo shoot with Inpho Photography as part of the launch of Ireland’s Rugby World Cup jersey last Friday.

The Ireland squad were in Galway last week as part of their Rugby World Cup pre-season training. The jersey was officially unveiled on Friday. We spoke to the players at a special photoshoot to showcase the jersey.

Speaking about the launch of the jersey, Henshaw said:

It really is a milestone to see the new jersey. We’ve been working hard in pre-season and to be in this position as a player is a real privilege.”

Murray was delighted to be part of the photoshoot, adding:

Canterbury always take into account what we like to wear and what is comfortable on the pitch. The jersey is pretty nice and the lads are pleased with it, and it’s cool to be part of the photoshoot.”

Tickets for Ireland’s upcoming GUINNESS Series games against Italy and Wales are on sale from ticketmaster.ie – click here to buy now.