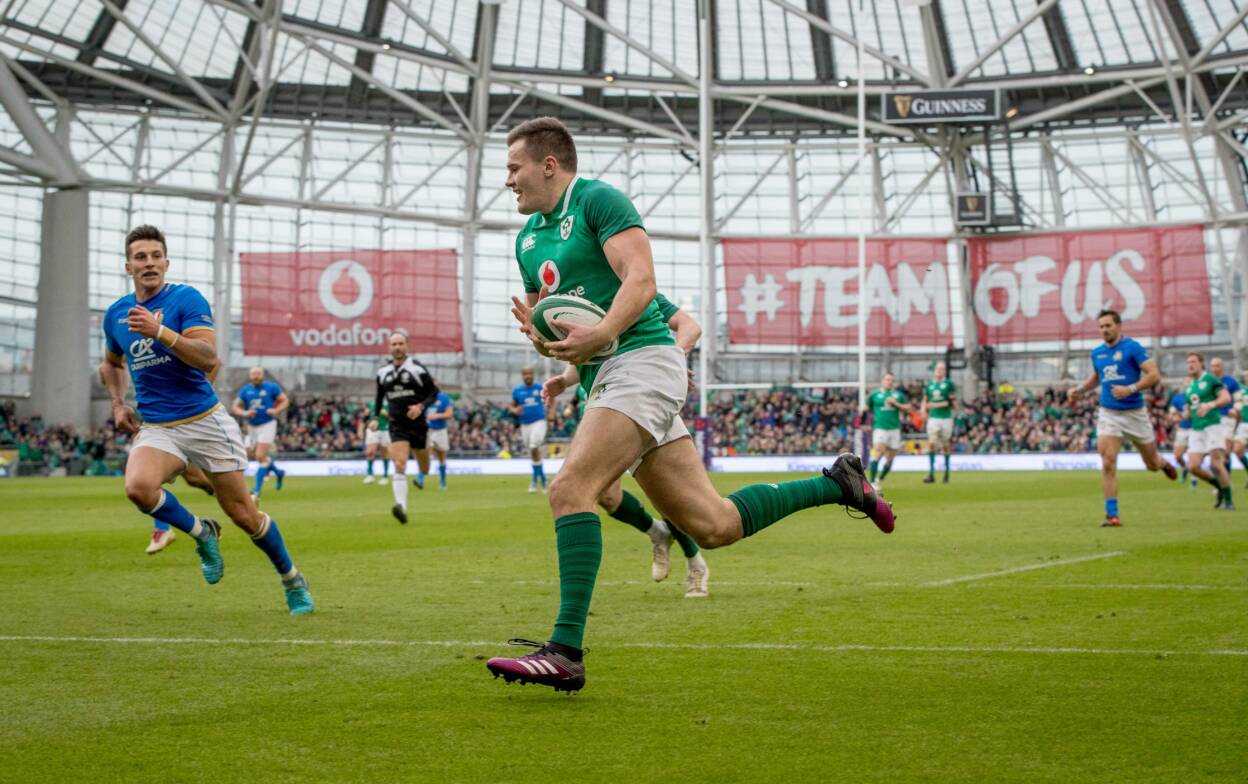 An incredible year and an incredible championship. Take a look back at every Ireland try from the 2018 Grand Slam as part of the Guinness Six Nations Grand Slam Rewind series.

Jonathan Sexton’s drop goal in Paris was a crucial part off Ireland’s Grand Slam campaign and there were many key moments from then to the final whistle in Twickenham but today we’re looking back at every try scored by Ireland in that glorious campaign.

Robbie Henshaw bagged a brace as did Jacob Stockdale while Conor Murray, Bundee Aki, Keith Earls and captain Rory Best all touched down as Ireland notched up eight tries in Aviva Stadium.

Stockdale was on the scoresheet again as he continued a rich vein of form with another two tries, Bundee, Cian Healy and Dan Leavy also added to Ireland’s tally.

That man Stockdale again! The Ulster flier added another two while Murray and Sean Cronin also dotted down.

Garry Ringrose and CJ Stander added their names to the try tally for Ireland with Stockdale dotting down in dramatic fashion to bring his total for the campaign to seven.