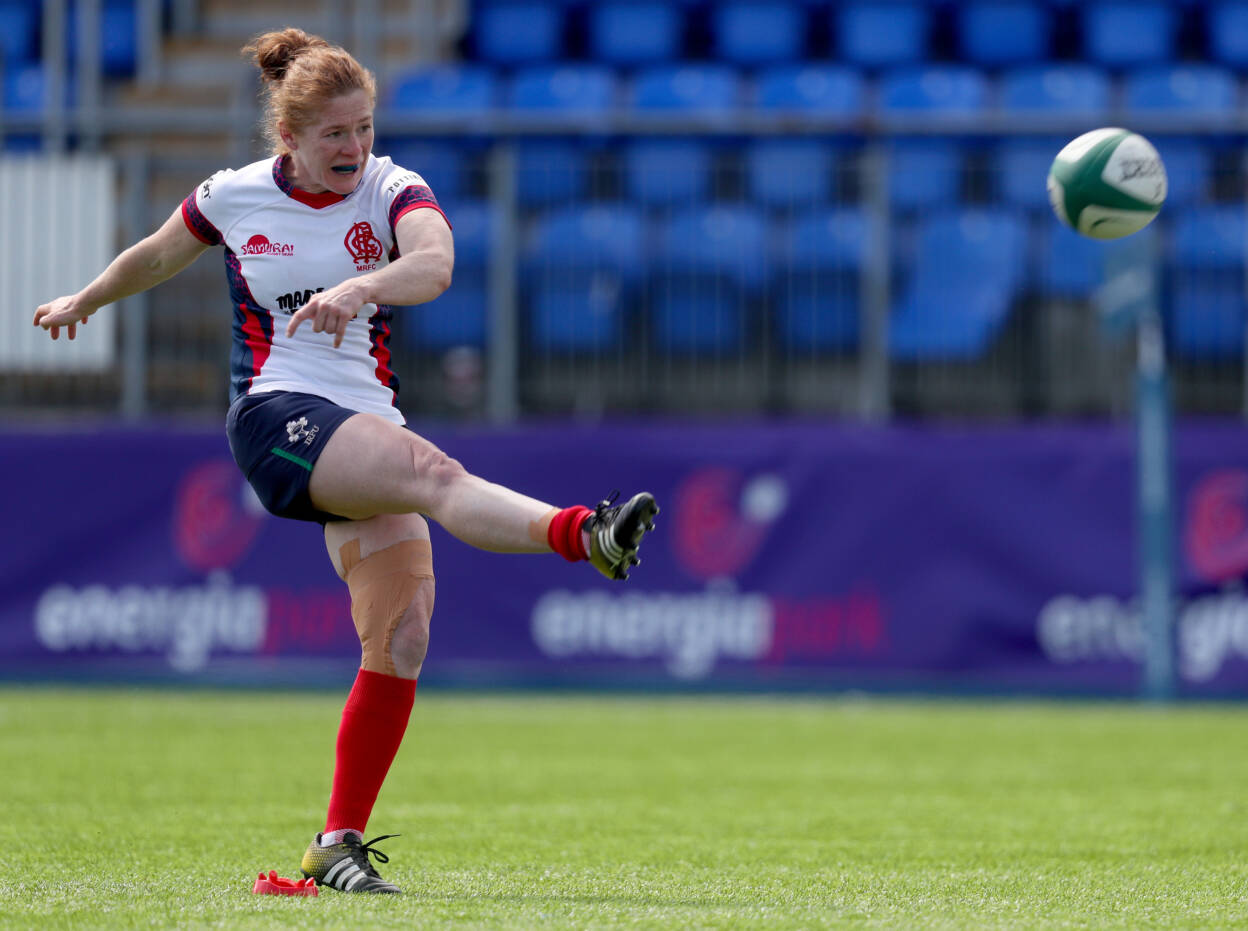 A workshop at the Irish Rugby High Performance Centre brought coaches together from all eight clubs in the Energia Women’s All-Ireland League for a day of coaching tools sharing and development.

It is the first of two workshops to be held at the Sport Ireland Campus this season specifically for coaches in the Energia Women’s All-Ireland League.

The IRFU’s Director of Women’s and Sevens Rugby, Anthony Eddy, and Ireland Women’s head coach Adam Griggs were in attendance to share some of the strategies, terminologies, scheduling and playbook of the Women’s national team with club coaches. Eddy said:

There’s no secrets. It’s great to be able to share that information because ultimately it comes down to who does it best.”

Coaches were also encouraged to reflect on their own coaching practices. Matthew Wilkie, IRFU Head of Coach Development, says the workshops ‘ensure we are continuing to improve the quality of coaching for women in rugby. A quality coaching experience is critical in getting females into the game and keeping them there’.

Speaking to Irish Rugby TV in the above video, UL Bohemians coach Niamh Kavanagh said networking is also a valuable element of the workshop, noting: “Understanding the challenges and opportunities that clubs face and how we can work together in order to develop the Women’s game.

The main takeaway from today is seeing how the infrastructures are changing and how things are being improved and where we can work closer with the national set-up in terms of player development and giving girls better access to the opportunity to play for their country.”

Grace Davitt, an Ireland international like Kavanagh, will coach Malone in their maiden season in the Energia Women’s All-Ireland League, which kicks off on Saturday, October 12. She said:

I’ve learned what they’re expecting from us and what way players play at international level. We can see a clear pathway and hopefully implement some of those things at club level so when players come from club up to (national set-up), they understand the system and the same when they come back – that there’s not a totally different way of playing at club level.”