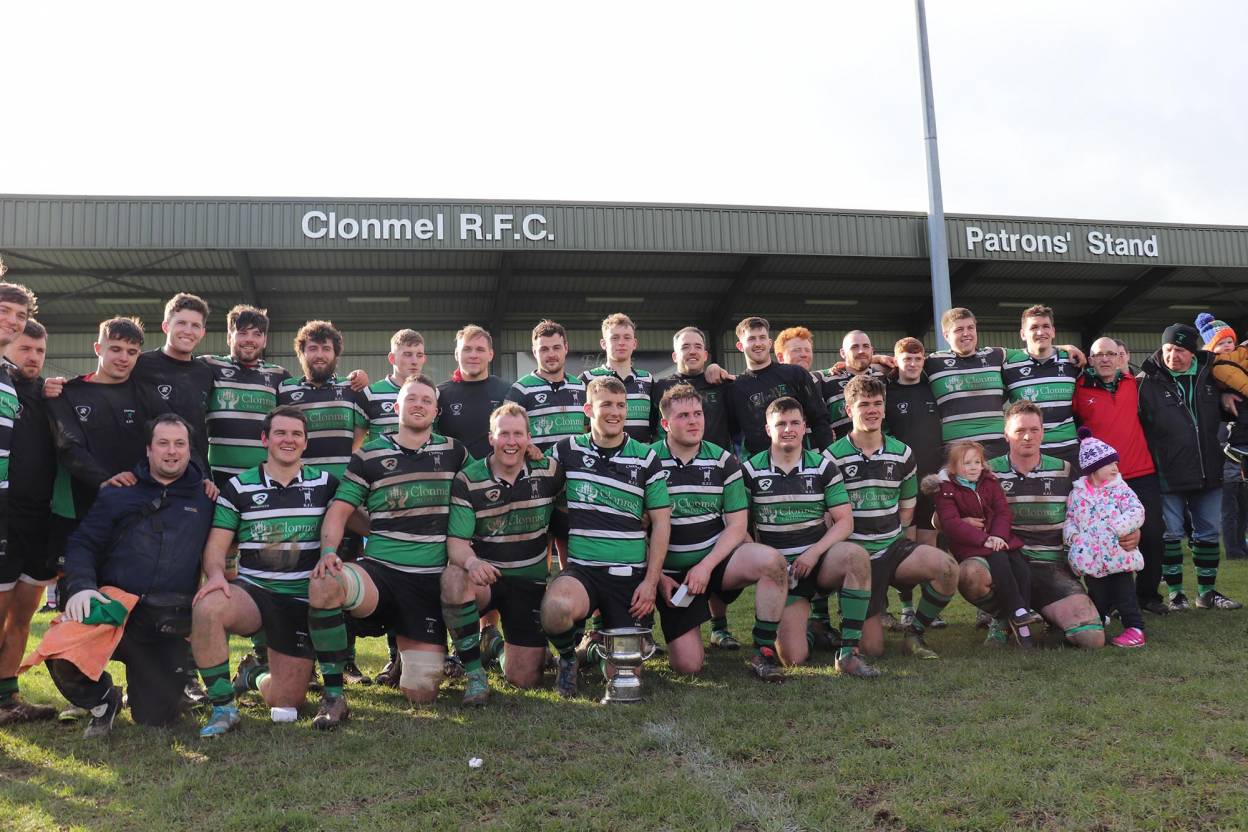 Clonmel are Munster Junior League Division 1 champions for a fourth time in five years. The title also earns them a berth in the All-Ireland League Round Robin Series. A 17-7 win at home to 2018 champions Bandon saw them crowned Munster kingpins.

“We’re delighted,” Clonmel head coach Patrick O’Connor told Irish Rugby TV. “It’s something we targeted at the start of the season, but we said we’d take it game by game. We didn’t get ahead of ourselves. It’s a tough league. There’s a lot of good sides in it. The top six are very very competitive.

“We were rebuilding a small bit last year. Got a lot of good youngsters in there that hadn’t played a huge amount previously. This year is a result of that year that they’ve had a chance to bed in.”