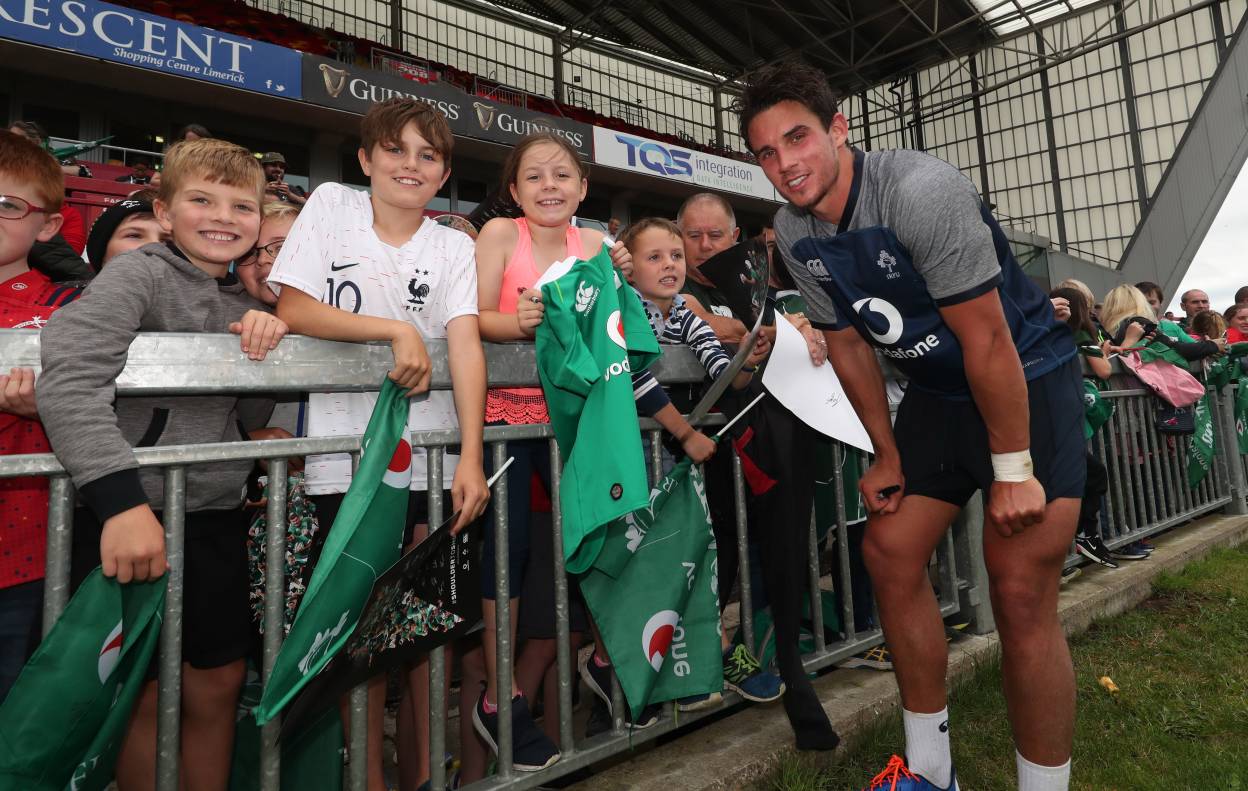 Over 5,000 supporters cheered on the Ireland squad at an open training session in Thomond Park today. The team spent the week in Limerick as they continued their Rugby World Cup pre-season training.

The early morning rain cleared and fans got a chance to see the players put through a gruelling session by Joe Schmidt and the coaching staff.

Tap here for the photo gallery

They will have a few days off before they come back into camp to train in the new IRFU High Performance Centre at the Sport Ireland campus in Blanchardstown.

Tickets for Ireland’s two Guinness Series test matches in the Aviva Stadium are on sale now from ticketmaster.ie – tap here to buy now.

It’s great to be back in Thomond Park and to have spent the week in Limerick. The fans have been great today – they helped to get us through the hardest parts of the session on the pitch.