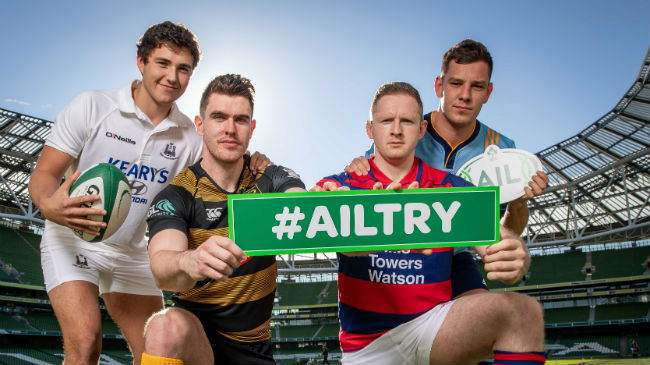 The All-Ireland League Try Of The Month award shortlist for January 2019 features five clubs from four divisions of the All-Ireland League. This month’s list includes a wide variety of skills with cross-field kicks, set-piece moves, offloads and side steps all to the fore.

October’s #AILTry winner Val McDermott is shortlisted for a second time among the following:

The winner of the #AILTry Of The Month award wins €250 and is automatically entered into the Try of The Season award.

Submissions remain open for the February #AILTry award. Clubs who wish to enter tries scored in the month of February must post a video of the try to their social media channels using #AILTry.