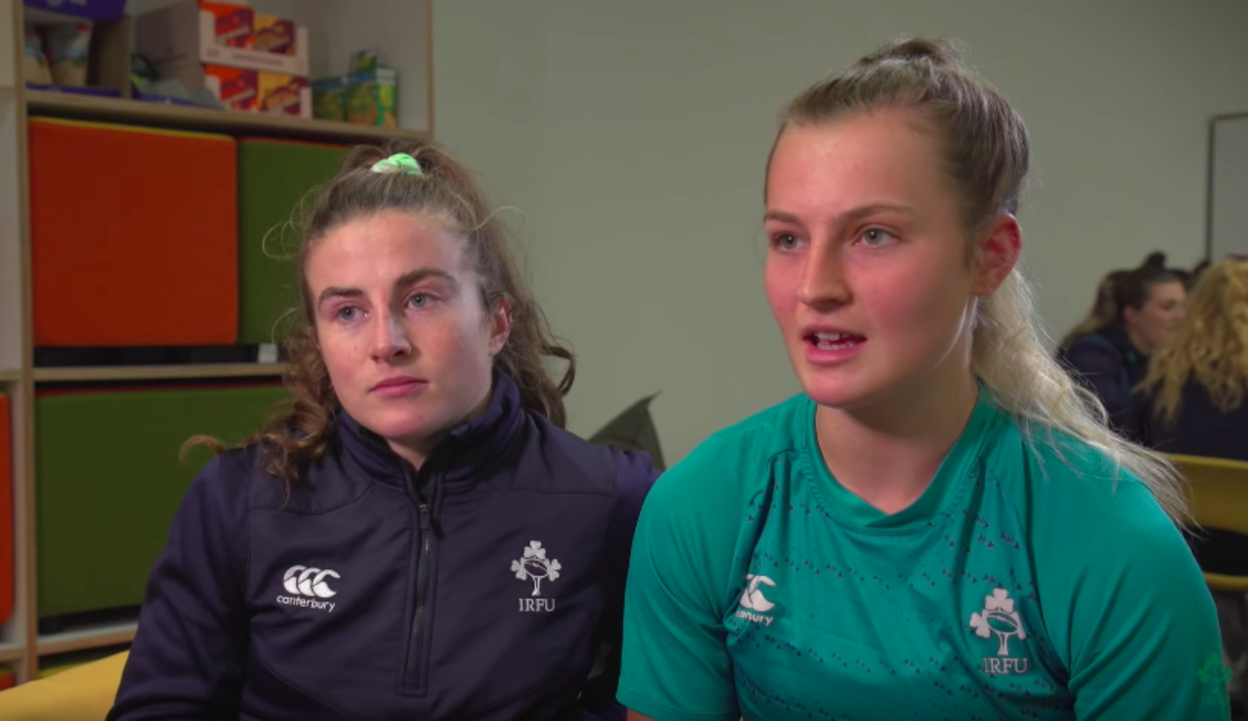 Experience is a precious commodity on the HSBC Women’s World Rugby Sevens Series circuit, and in the shape of captain Lucy Mulhall, Katie Fitzhenry and Hannah Tyrrell, the Ireland Women’s Sevens team have a strong core to the side.

But equally important for Stan McDowell‘s side has been the emergence of youth and the success of the IRFU Women’s Development pathway has helped a number of players, including Emily Lane and Megan Burns, transition through the development structures and become ever-present members of the Sevens squad.

Despite their tender years, Lane and Burns have stepped up to senior level and gained invaluable experience on the Sevens circuit in recent seasons after they made their Ireland debuts side-by-side at the Rugby Europe Women’s Sevens Grand Prix Series in Kazan in 2018.

Now preparing for next week’s second leg of the 2019/2020 World Series in Dubai, Lane and Burns feature in the second part of Irish Rugby TV‘s ‘A Day In The Life’ series as we go behind-the-scenes at the IRFU’s High Performance Centre in Blanchardstown.

“It’s great, I just love the atmosphere and the bond with the girls,” Burns, who has won eight Ireland Sevens caps, says of the programme.

“There are new challenges every day to develop and improve as a player.”

Not only have Lane and Burns come through the Women’s Development pathway, but the pair now live together as they combine rugby and their academic studies in UCD, with Mallow RFC’s Lane studying Biochemistry and Tullamore native Burns in second year of Physiotherapy.

“This year I’m slow-tracking my course to spread it out over two years so I can focus more time on rugby,” Lane explains. “It’s hard but I’m living with three other girls in the programme so we help each other out.”

After an eighth-place finish in Glendale in October, McDowell’s Ireland Women are hoping to build and improve on their performance when the campaign resumes with the December double-header in Dubai and Cape Town.

“We’re all just so focused and it’s great that it’s back-to-back tournaments,” adds Burns. “It’s just so exciting and everyone is challenging themselves trying to get a spot.”