Shay McCarthy followed up on a Dan Goggin cross-field kick, which was collected by Conor Hayes, to score a decisive 77th-minute try, the Cookies securing a stirring 24-18 win to pull back within a point of the top four.

Terenure had led 12-3 at half-time thanks to tries from Craig Adams and Luke Clohessy, but Dan Walsh, replacement Paulo Leleisiuao and McCarthy all crossed during the second half to steer Gearoid Prendergast’s men to their fourth straight victory.

Adam La Grue’s well-weighted dink through was grounded in the left corner by winger Adams for Terenure’s opening try in the 10th minute. The Cookies got off the mark with a penalty from out-half Evan Cusack.

Following a miscued Munsters lineout, strong running from Colm de Buitléar and Adams brought ‘Nure up close to the line on the half hour mark. The latter broke past McCarthy and had to be hauled down by Hayes, but quick ball was fed wide for Clohessy to make it 12-3. 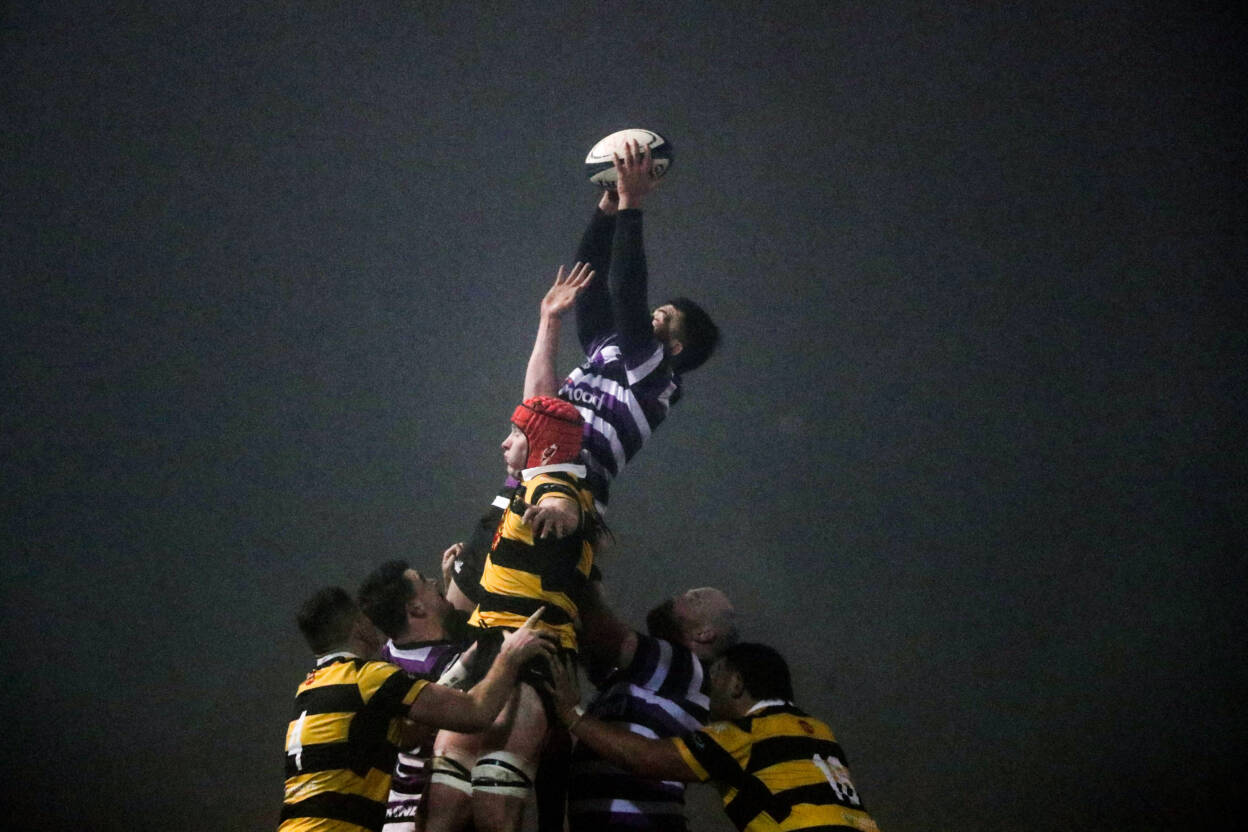 The sides lost a player each to the sin bin in Fionn Gibbons and Mick Melia, before Munsters opened their try account within five minutes of the restart. Munster hooker Chris Moore provided the latch for Walsh to force his way over. Cusack’s conversion reduced the arrears to two points.

A Caolan Dooley penalty gave ‘Nure points from a strong spell from their forwards, only for the hosts’ burly replacement prop Leleisiuao to prove unstoppable from a few metres out in the 65th minute.

It was a double setback for ‘Nure who lost Adam Tuite to the bin, along with Cusack kicking Young Munster ahead at 17-15.

Into the final minutes, the Limerick men set up a lineout platform inside the ‘Nure 22. Goggin spotted space out wide, kicking out to Hayes who was brought to ground, but a quick recycle saw McCarthy finish smartly.

Cusack’s well-struck conversion was cancelled out by a Dooley penalty, which was enough for a losing bonus point for ‘Nure. They were unable to capitalise on some late possession and territory as Munsters held on. 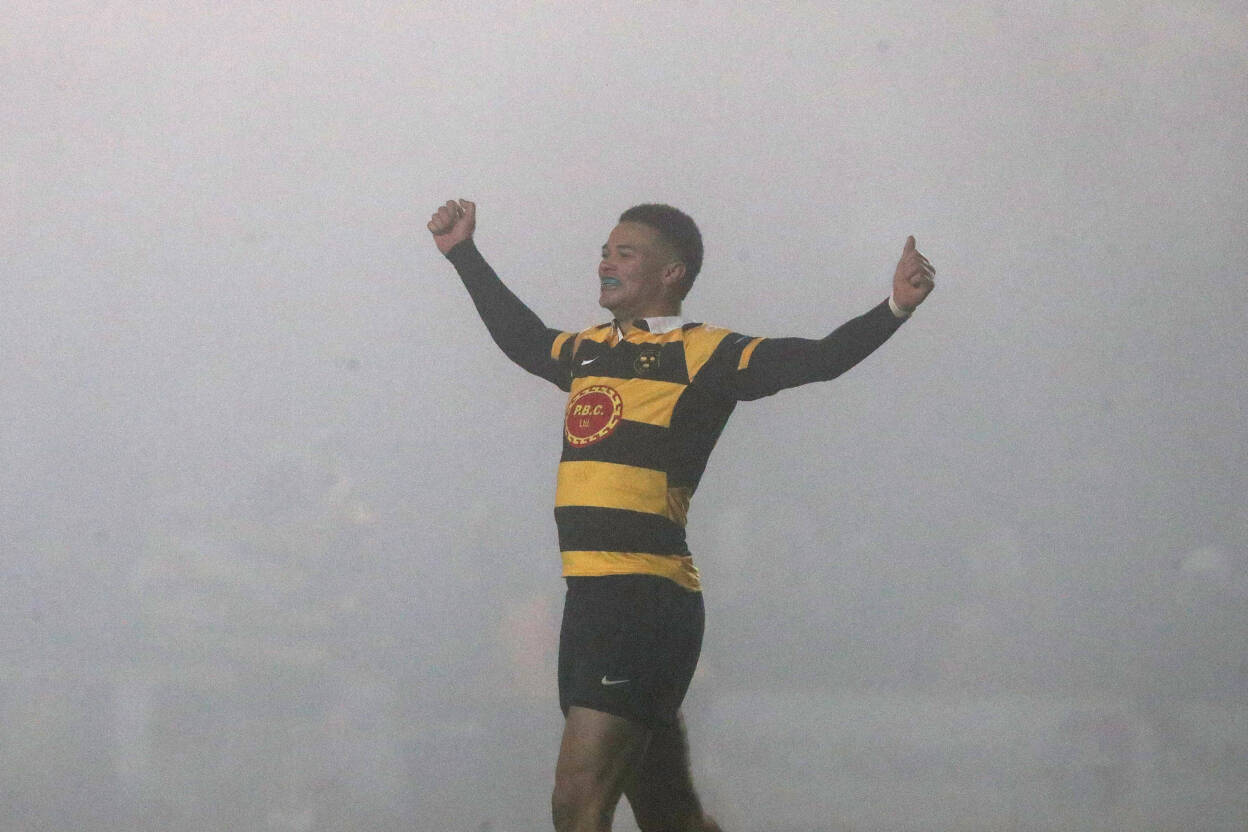 Captain Matt D’Arcy got amongst the tries on his 32nd birthday as his Clontarf team saw off Garryowen 36-10 to move within three points of Terenure at the summit.

Bottom side Garryowen were still in contention at half-time, trailing 12-10 on Castle Avenue’s 4G pitch. Flanker Johnny Keane barged over for their try, with a closing penalty from Jack Delaney making it a two-point game.

Clontarf applied most of the early pressure, Ben Griffin being hauled down short before a fourth-minute lineout maul propelled fellow front rower Dylan Donnellan over in the left corner to make it 5-0.

There were some positive early signs for Garryowen, but Brian Gleeson’s sin-binning for a high tackle on Hugh Cooney, and skipper Jamie Heuston kicking the ball dead from a penalty added to their frustration. 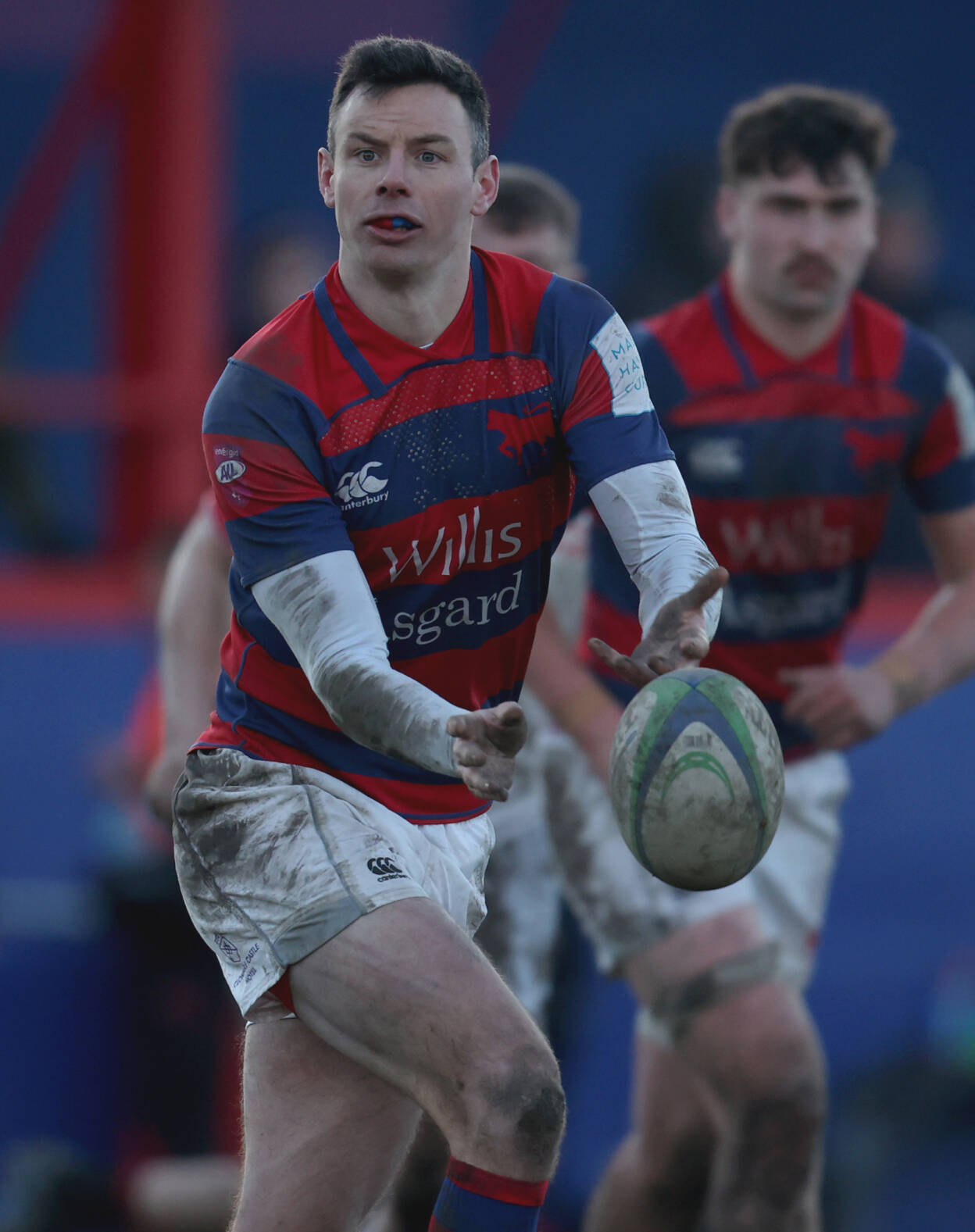 The fast-breaking Michael Courtney then blew a try-scoring opportunity for ‘Tarf when delaying his pass to the supporting Tadhg Bird. A Donnellan break down the left touchline also went unrewarded.

Despite a promising position for the Light Blues being spoiled by a clearing penalty won by hooker Donnellan, they soon came again on the back of a fine touchfinder from Heuston. The pack battered away before Keane muscled over from a few metres out.

Delaney’s conversion briefly split the sides at 7-5, Heuston having to make a try-saving tackle on Tony Ryan who was up in support of JJ O’Dea’s initial barnstorming run past halfway.

Crucially, the visitors had number 8 Kieran Roche binned before the break, and ‘Tarf capitalised with Donnellan crossing from a 36th-minute drive. It was his ninth try of the campaign, putting him out on his own at the top of the division’s scoring charts.

Delaney replied with a well-struck penalty, punishing Ryan for infringing at a ruck, yet Andy Wood’s charges managed to find another gear or two on the restart to pull clear. 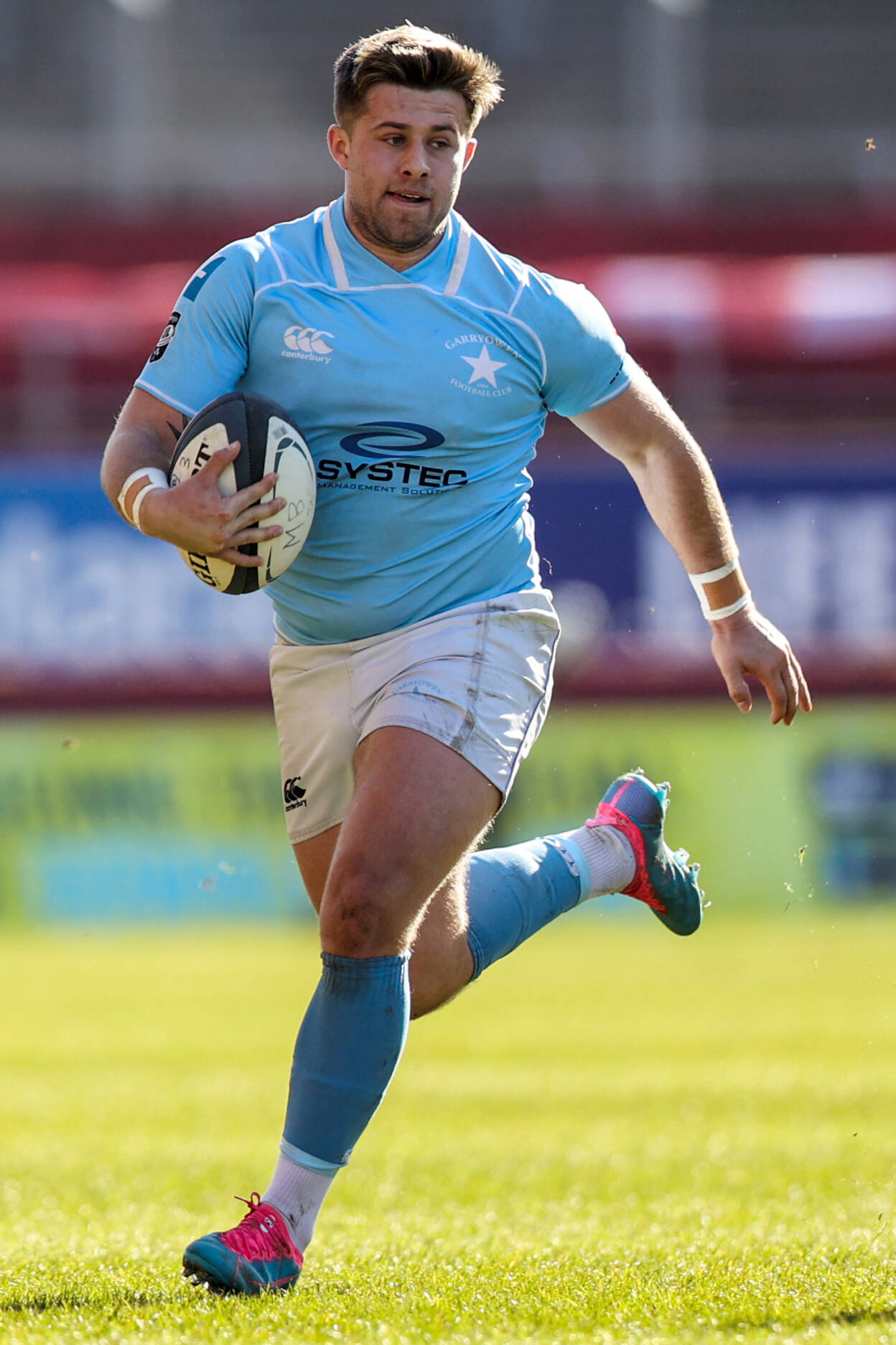 Keane saw yellow for repeated offences near the Garryowen line, and a series of scrum penalties led to a penalty try for the home side who moved into a 19-10 lead.

The backs then got in on the act, centre Courtney using a stolen lineout to glide out to the left and send winger Cooney over for the bonus point try.

With no one claiming Delaney’s restart kick, it bounced up for the onrushing D’Arcy to dart past halfway and outpace the covering Heuston to go over in the right corner.

Mick Kearney and Brian Deeny then stole successive lineouts, following up was Cooney who broke free down the left and passed back inside for Leinster-capped scrum half Ben Murphy to complete a six-try success.