Mack Hansen is treating Saturday’s Bank of Ireland Nations Series tussle with Australia as ‘just another game’ as he prepares to come up against some familiar faces.

Hansen gets the opportunity to play against the country of his birth, only nine Tests into an international career that began just last February at the start of the 2022 Guinness Six Nations.

When you consider that the 24-year-old winger made his debut for Connacht barely 14 months ago, it has been an incredible journey so far for the Canberra man who is chasing his third try in as many Tests.

Hansen’s laidback nature belies how serious he is about his rugby, his hard work and progression for both province and country highlighting the foresight that Connacht director of rugby Andy Friend had in signing him from the Brumbies.

Friend described bringing the former Australia Under-20 international to Galway as ‘a great coup for Connacht Rugby’, and he has more than repaid his coach’s faith in him. He is ‘a fast learner’ according to Bundee Aki, and always ‘making sure he’s got his job nailed on’.

Irish qualified through his mother Diana who hails from Castlemartyr in Cork, Hansen admits it will be ‘pretty special’ to line out against Australia but there is no fear of him getting too overawed about it.

“Ah look, we’ve had some big games in New Zealand and played the World champions the other day in South Africa. This one’s probably pretty special, going up against Australia but it’s not a massive step up,” he said.

“It’s something that doesn’t happen every day. I was an Australian not too long ago and now I’m here playing for Ireland, but really it’s another Test match that we’re trying to win and that’s my main focus.

If I buy into the story too much and try to make myself bigger than the game, that’s when things are just going to go wrong.

“I’m part of an unbelievable Irish team that’s playing good footy. It’s going to be interesting going up against some of my old pals for the first time. It’s just another game and I’m going to treat it that way.”

Australia’s Brumbies contingent – the Canberra-based side have 14 players on tour with the Wallabies – are sure to exchange a few pleasantries with Hansen, even if he does not rate their sledging particularly highly. 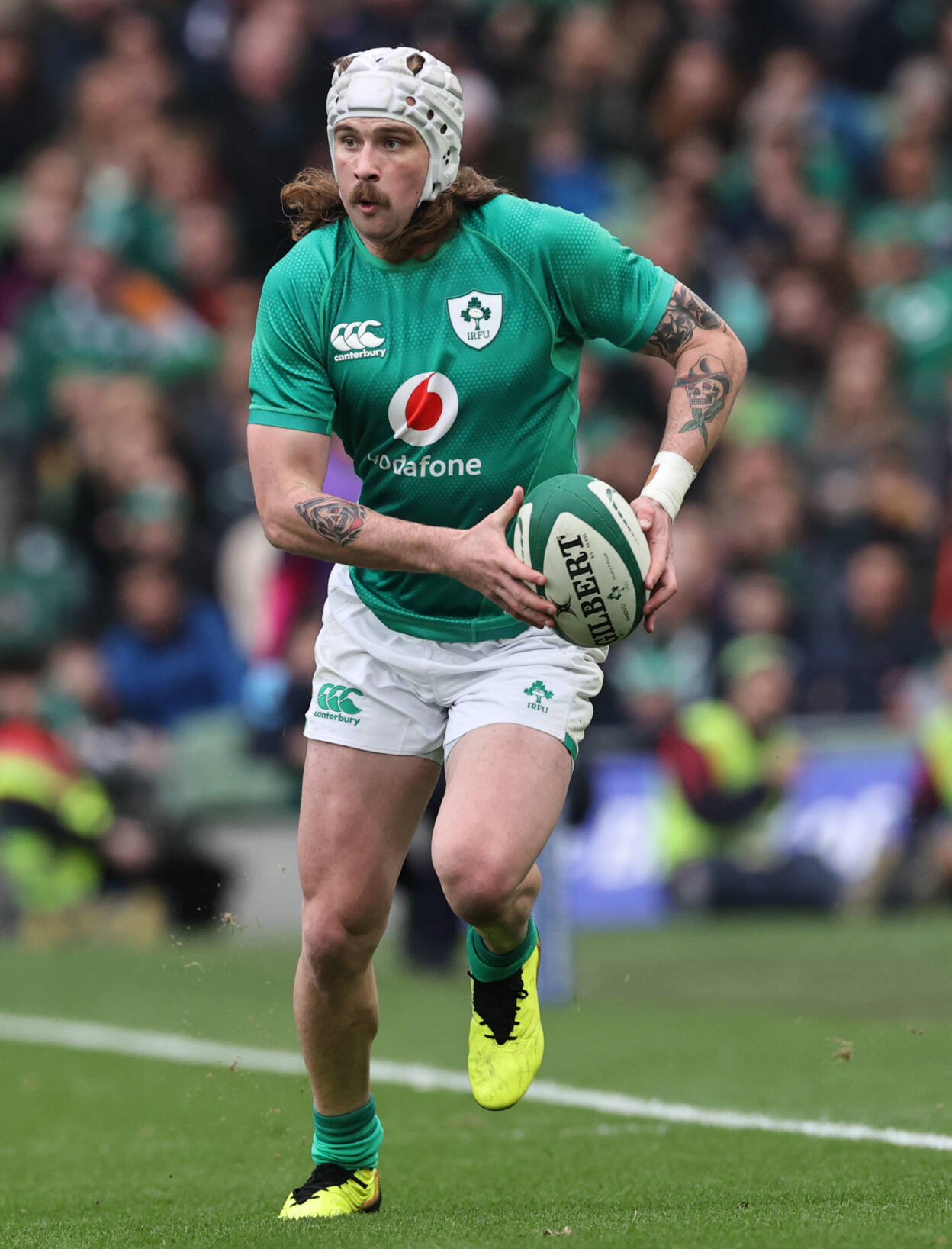 His former club-mate Nic White, who he anticipates will be ‘chirpy like always’, praised him this week for making the most of his opportunity in the green jerseys of both Connacht and Ireland.

“All the Brumbies lads, I’m fantastic mates with,” explained Hansen. “I grew up with Lachie Lonergan and Nick Frost was my room-mate back home. That’s obviously going to be a pretty funny one but then there’s other guys like Tom Wright, all the forwards, all the ‘Usos’ in the team.

“It’s about going to war on the field and then afterwards just being able to have a laugh about it and be able to enjoy a quiet beer or two. I’m looking forward to it. It’s going to be really cool.”

The Connacht flyer has been pouring over footage of Australia’s recent outings, including last week’s narrow defeat to Italy. He rates Dave Rennie’s men as ‘a dangerous team’, but even more so after suffering the second loss of their European tour.

Last week just wasn’t their week but they have such world class players that, having lost that, they’re definitely going to have blown smoke up their arse and they will be coming out with all guns blazing.

“We know that and we’re ready for that. It’s going to be a cracking game.”

If things had panned out differently, Hansen may well have been in the visitors’ dressing room for Saturday night’s clash at Irish Rugby HQ. It is the Wallabies’ first visit to Dublin since their 2016 tour.

Australia’s loss has been very much Ireland’s gain, with his nomination for World Rugby Men’s 15s Breakthrough Player of the Year coming as no surprise, particularly to Friend who will be watching on from the stands tomorrow.

“Everyone blossoms at different times, it’s easy to say now that Australia missed a trick when he left,” said Hansen’s fellow Canberra native.

“Sometimes they happen to be in your care when they do flourish and sometimes you let them go because you know they need something different.” 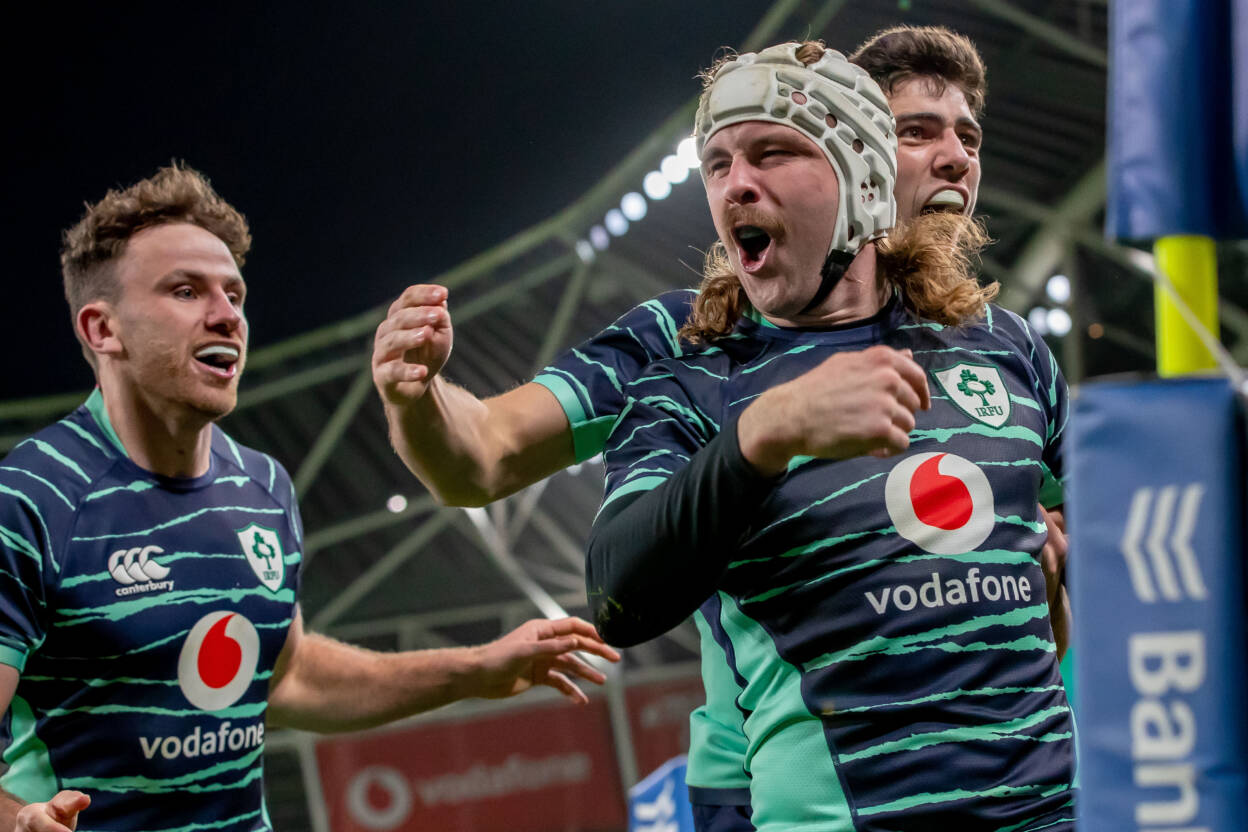 That something different has seen Hansen, who has earned praise for his natural athleticism, work-rate, and quick feet and game smarts in high-pressure situations, make Galway his home for the foreseeable future.

He has signed a two-year contract extension with Connacht to take him up to the summer of 2025. There are exciting times ahead with a possible Rugby World Cup debut to come and the continuing redevelopment of the Sportsground where he is a firm fan favourite.

Looking back, he has no regrets about his decision to leave Australia. He has taken to rugby in Ireland ‘like a duck to water’ according to Friend, who says Hansen is ‘a popular character with the Connacht players, staff and supporters’.

It is clear the player himself feels right at home, adding: “I’m very happy where I am. The Irish and the Aussies are very similar people. It was an easy transition for me. It wasn’t like coming into a new world at all. It was pretty spot on.

“You could think what might have been with anything, so no, the decision to play for Ireland has been the best decision of my career and my life.

“I’m loving it over here. It is still nice to hear from your peers and people back home but not once have I been upset or kind of thought what if I stayed there or not made the move.”