Conor Murray will become only the eighth player to reach 100 caps for Ireland when they host South Africa in Saturday’s Bank of Ireland Nations Series opener.

He is the first scrum half to reach the century milestone, having had a rapid rise as a 22-year-old to play at the 2011 Rugby World Cup and shown impressive consistency over the years in the number 9 jersey.

The Limerick man has won three Six Nations titles with Ireland, including the 2018 Grand Slam, and two Triple Crowns. His 15-try haul includes his famous score against New Zealand in Chicago six years ago.

Asked about what it will mean for him to join some of his former team-mates in the 100-cap club, Murray said: “It will be a very proud day for me, for my family more importantly with the commitment they’ve shown to be at pretty much all the games.

“I couldn’t think of a better group of players to reach that milestone with, given how competitive we are, what we’ve done in the last year.

“It’s incredible, it’s probably the first full year I’ve spent not starting and, oddly enough, it’s been the most enjoyable year or two. It is a a hugely proud moment (to reach 100 caps) and it’s a privilege, a cool list to be on.”

Murray has played in three World Cups and toured three times with the British & Irish Lions, helping them to win the 2013 Series in Australia. He was voted onto World Rugby’s Team of the Decade for 2010-2019.

At the heart of Murray’s outstanding international career is his ever-enduring half-back partnership with Jonathan Sexton. The pair will start together for Ireland for the 65th time this weekend, 14 short of the world record set by Australia’s Stephen Larkham and George Gregan.

The possessor of a top class pass and excellent kicking skills, whether of the box-kicking variety or a long range penalty strike, the 33-year-old Munster star has had his starting opportunities limited by the form of Leinster’s Jamison Gibson-Park.

However, he remains a quality operator and, at the start of a new international season, is determined to put his best foot forward ahead of a massive year for Andy Farrell’s men. 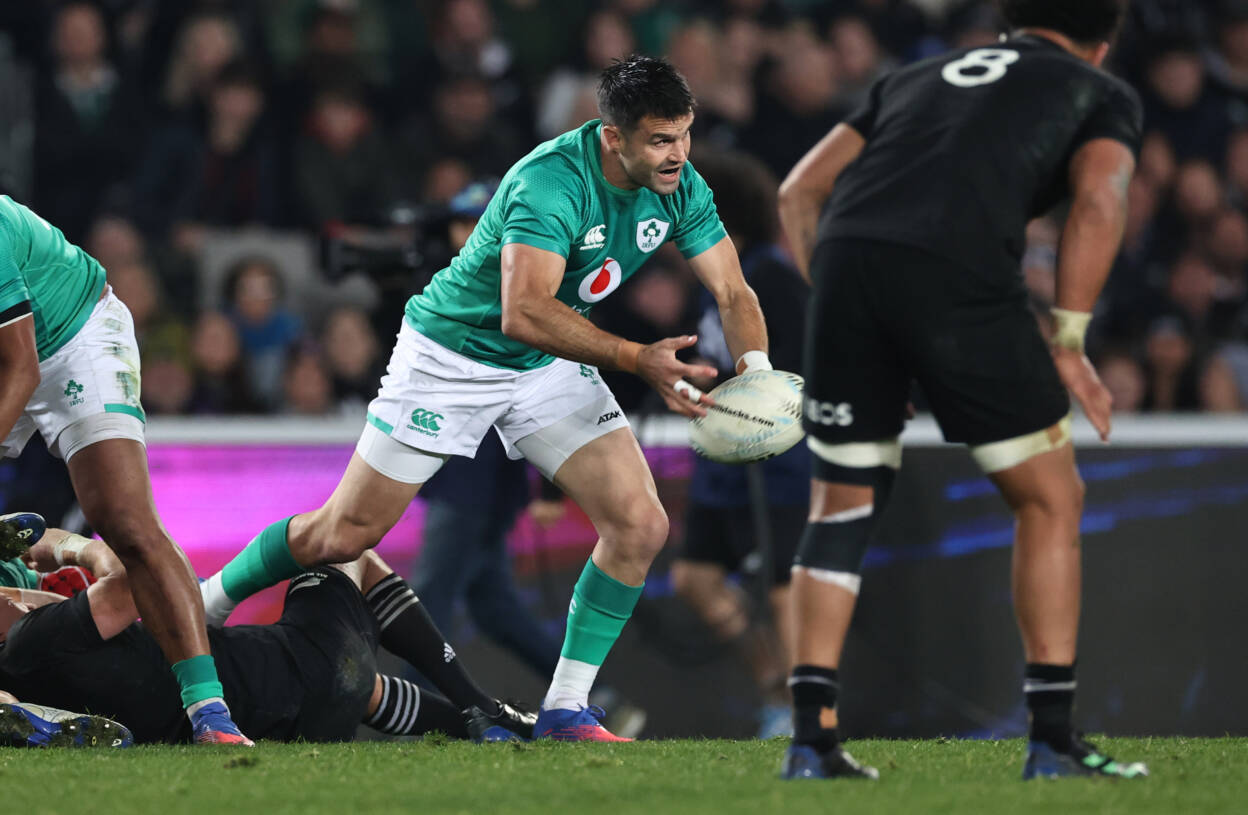 “In the last year or two my opportunities to start have reduced and it’s about having that drive – listen to the coaches, see what they want from you,” said Murray.

“The competitive spirit is still there. My goal is to get starting and be the number 9 in the Irish team and that’s always been my goal. It takes a bit of getting used to. It refocuses you.

“Jamison has been playing brilliantly over the last year and that’s driving the standards of myself and Craig (Casey) and whoever else comes in.

“With the type of game we’re playing, Andy and Mike (Catt) are very open and honest and that’s something that players really appreciate.

Sometimes previously – and you hear it from other players as well – coaches can give them willy-nilly excuses. It could be anything.

“Like, it’s very easy for a coach to say, ‘look, a few of your passes were down, and I want you to work on that’. Whereas they’ll give you the feedback that you definitely agree with because you’re probably seeing the same things as well.

“That’s something players really appreciate, so then you can go away and set up a list of goals, or a training routine, that will help improve that. I think that’s really refreshing, to have that type of feedback from coaches.”

Murray has faced South Africa on nine previous occasions with Ireland and the Lions, including last year’s first Test win during the Covid-19-impacted Lions Series in Cape Town.

He was victorious with the national team in 2014, 2016 and 2017, memorably running in a try during the 2016 first Test at Newlands Stadium which marked Ireland’s first ever triumph over the Springboks on South African soil. 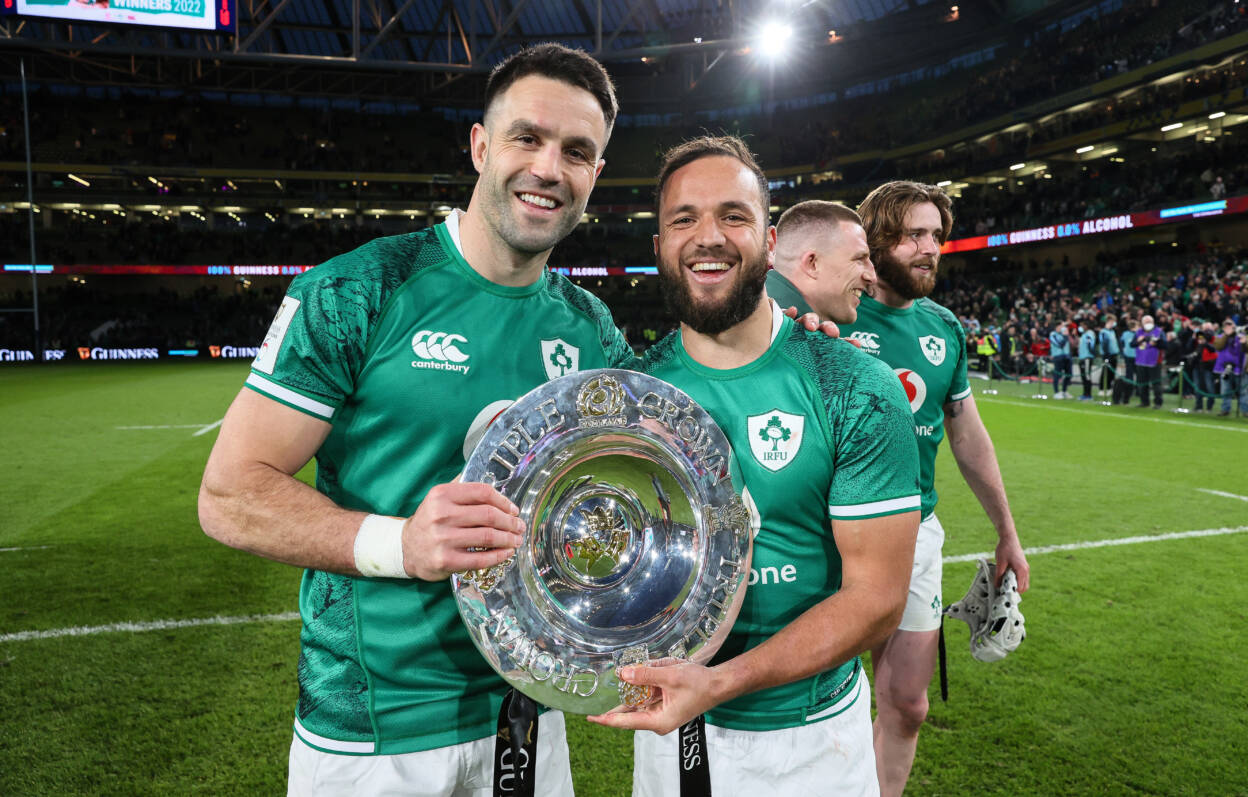 He was of course coached by Rassie Erasmus and Jacques Nienaber at Munster, but it is his former provincial team-mate, South African assistant coach and European-based coaching consultant Felix Jones, who he is wary of in terms of potentially flipping the script.

“The Springboks try and impose themselves on other teams through physicality. Over the 10 years, their game-plan hasn’t historically changed too much, because it works,” he acknowledged.

“When it comes to World Cups and big competitions, they tend to be there or thereabouts because of the style of rugby that they play. Some call it low-risk or whatever – it’s rugby inside a phone box at times.

“They have a back-three that are really lethal, and if the game does break up they are guys that’ll really punish you.

“But I think you might see a certain picture on a Saturday and it could be completely different, because they’ve got Felix who likes to tinker with the plan.

“He’s quite an intelligent coach. That’s when it’s dangerous, when you think you know someone and then they present something different on the weekend.”