It may have been low scoring, but it was edge of the seat stuff throughout as Leinster pipped hosts Munster 10-7 to double their win tally in the PwC Under-18 Girls Interprovincial Championship.

Munster battled back brilliantly from two tries down and a sin-binning, with replacement Aoibheann Hahessy crashing over for a converted score with seven minutes remaining to set up a tense conclusion.

However, Leinster, who had touched down through Amy Larn and Robyn O’Connor, held firm in impressive fashion to claim an important result in their bid to retain the title.

Mick Bolger’s Blues sit at the top of the table on nine points, but Connacht, who have had two games postponed, are still in contention. They meet Leinster at Energia Park next Sunday in their rescheduled tie. 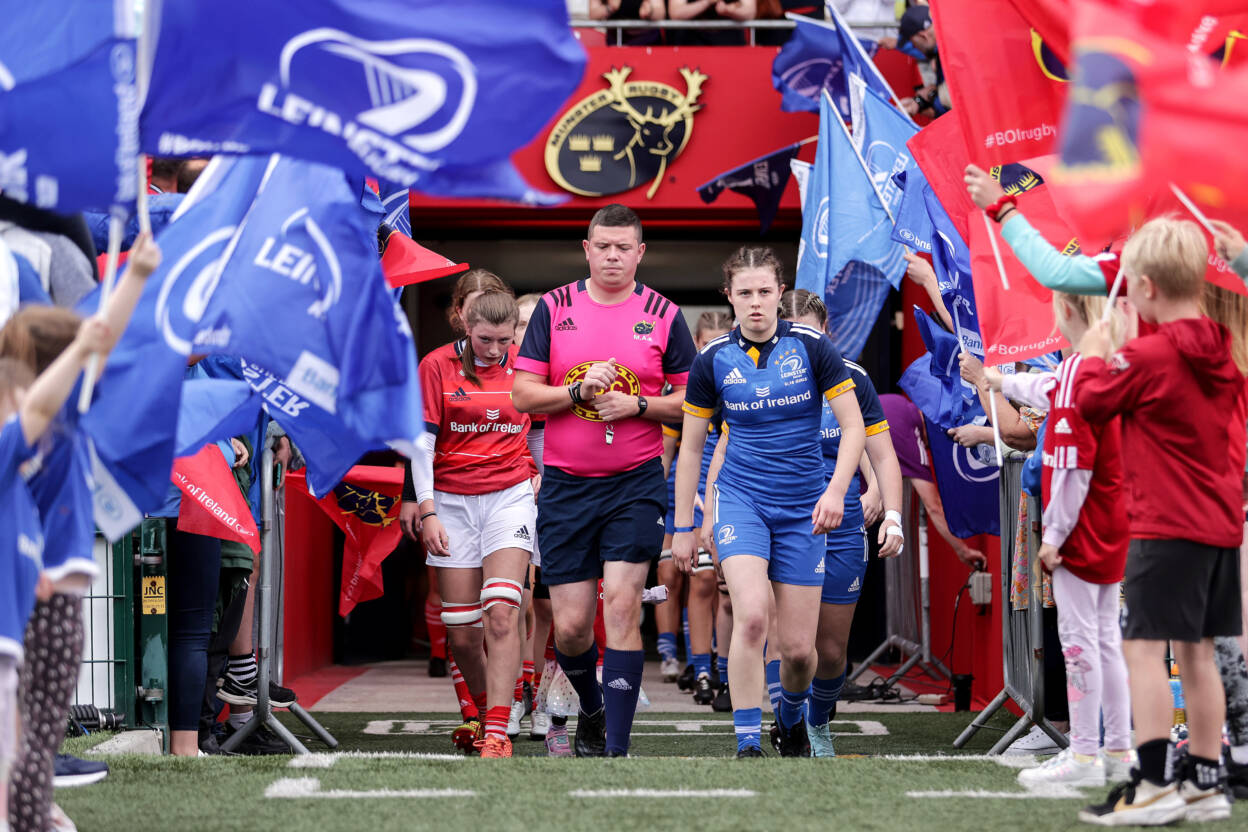 Leinster got on the front foot early on, winning a series of penalties and building a promising attack with some deft offloading from forwards Prudence Isaac, Hannah Wilson and Clíodhna Ní Chonchobhair.

The hosts defended stoutly, winning two clearing penalties in response, and were able to release the in-form Ellie Cournane for a sprint down the left wing. Emma Brogan brought her down with a textbook tackle.

Abby Moyles and Isaac combined to win turnover ball for Leinster, who steadily worked their way back into try-scoring range in the ninth minute with Isaac and O’Connor both carrying to very good effect.

Greystones’ Eva Sterritt then tidied up an attack with quick hands before a jinking O’Connor was able to release Larn to go over untouched from her left wing berth.

After Moyles’ conversion came back off the left hand post, crooked lineout throws thwarted both sides. Munster took encouragement from a pacy break by Lyndsey Clarke and good work at the breakdown from prop Ciara Fleming. 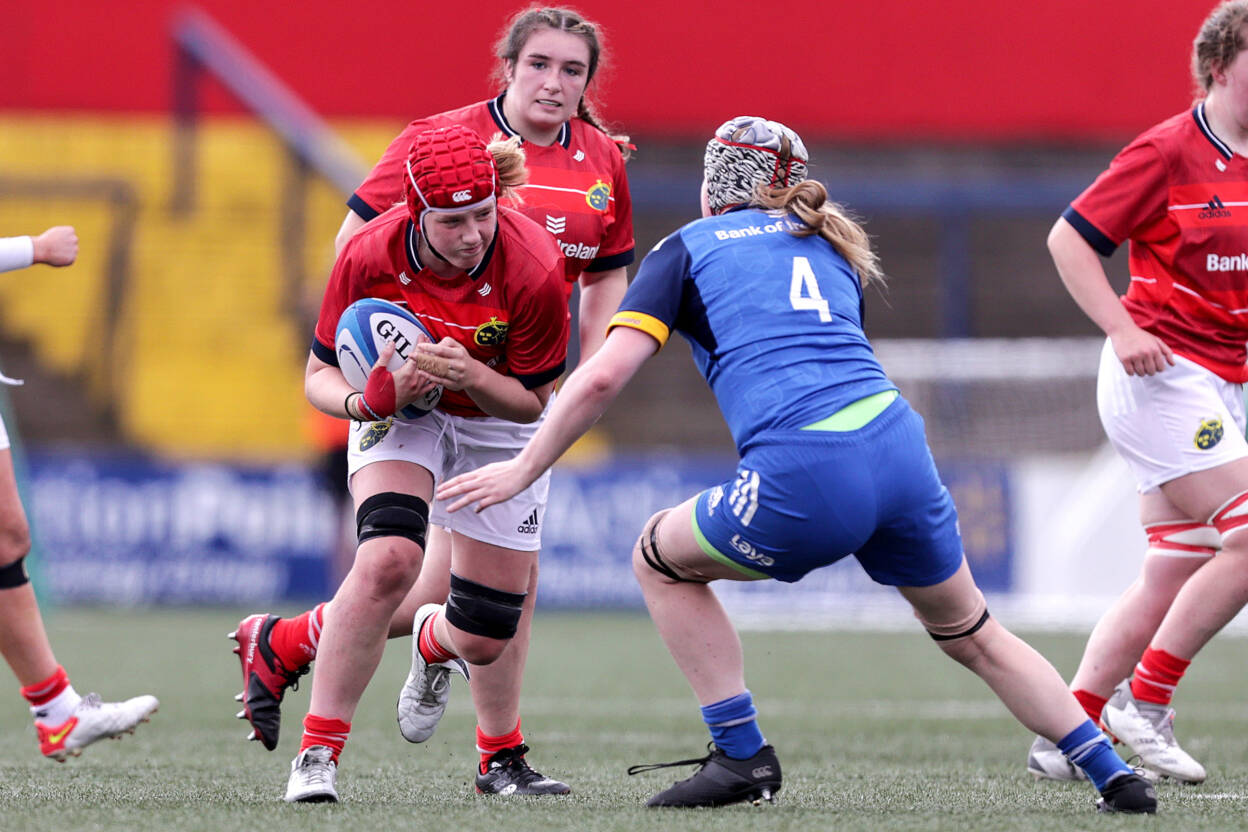 However, when Caitriona Finn failed to find touch from a penalty, Athy flyer Larn gobbled the metres back on a mazy run that took her past seven players. Leinster soon lifted their attack up another level.

Munster full-back Ellen Boylan tackled Brogan into touch to foil the initial surge, but Leinster continued to carry more of a threat with ball in hand, and the hosts lost winger Clarke to the sin bin for a high tackle on O’Connor.

A handling error saw Leinster miss out on an immediate try, yet a scrum infringement and quick tap paved the way for Isaac and Cara Martin to send the lively O’Connor over in the left corner.

Fethard’s Beth Buttimer (pictured above) claimed a turnover penalty to help Munster keep the deficit at 10 points, and Boylan did well to defend a dangerous chip and chase from Leinster centre Martin early in the second half. 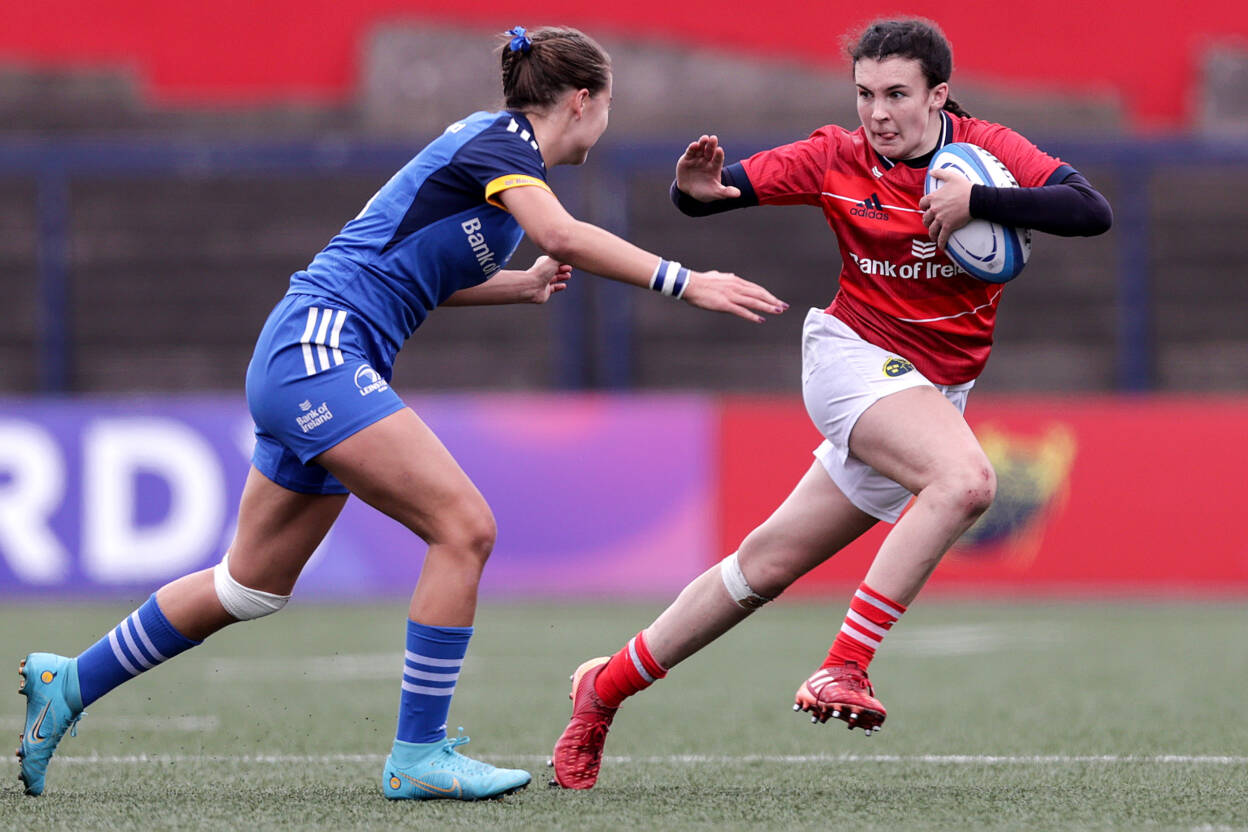 Munster then enjoyed a purple patch, forcing the visitors to concede penalties and Bruff lock Aimee Kelly also pinched a lineout. Loosehead Fleming gave them plenty of momentum with a terrific carry up in the 22.

Scoring chances dried up amid a spate of injury stoppages, yet Munster continued to plug away and got the score that their efforts deserved during the closing stages.

Niamh McCarthy and industrious number 8 Buttimer both won penalties at the breakdown as Willie Shubart’s charges put the squeeze on Leinster in terms of territory.

Off a close-in lineout, Buttimer and Saidhbh Morrison both carried hard, bringing Leinster back close to their own posts before Ennis youngster Hahessy hurtled onto a pass to crash over to the right of the posts.

Finn curled over the conversion to make it 10-7, with the home support in full voice, and the three-point gap remained after Leinster out-half Moyles missed a penalty in response.

Munster tried their best to break out of their own half in the dying minutes, but Leinster were well organised in defence. A final ground-gaining burst from energetic winger Brogan (pictured below) allowed them to recycle and kick the ball dead. 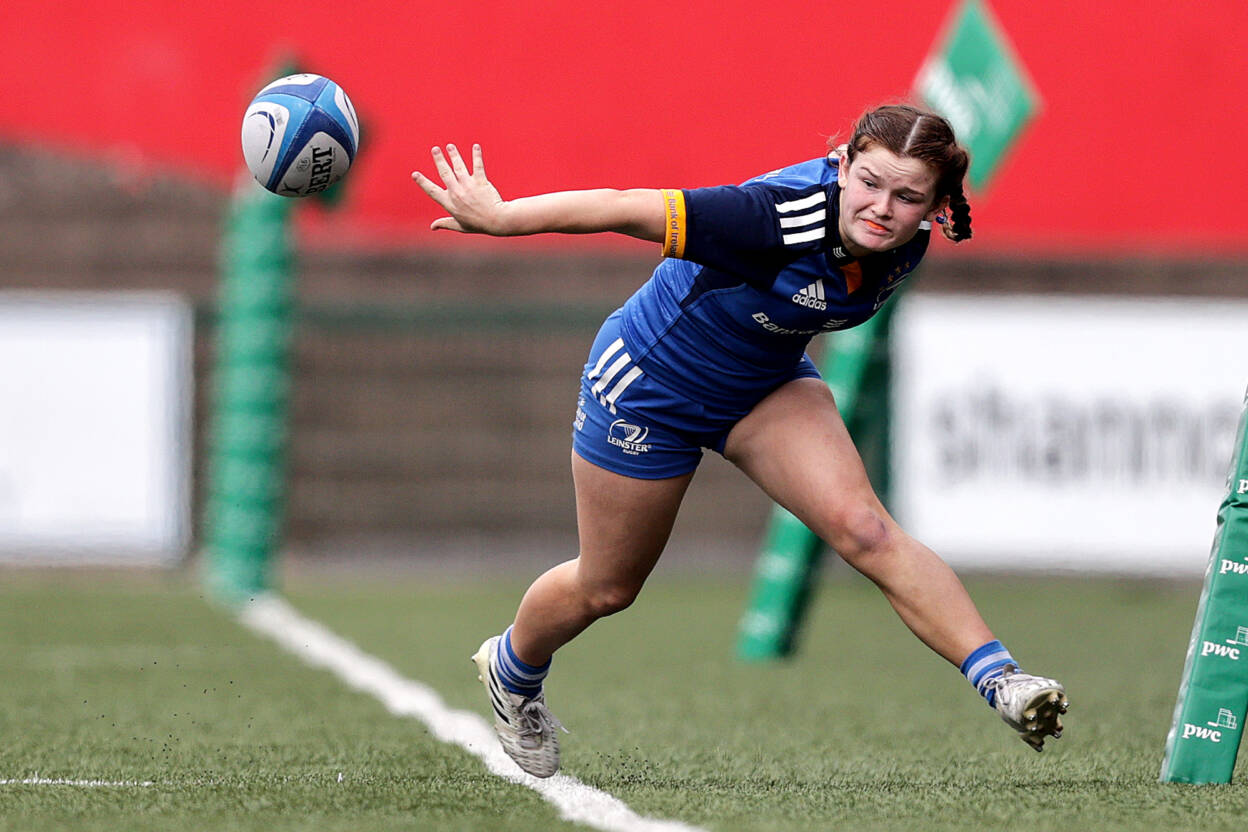