Lyndsey Clarke ran in a hat-trick of tries and Kate Flannery crossed twice as Munster put down a marker with a 47-5 bonus point win over Ulster in the PwC IRFU Under-18 Girls Interprovincial Championship.

With the Leinster-Connacht clash postponed due to a family bereavement, it was all eyes on Musgrave Park where Willie Shubart’s Munster side bounced back impressively from an opening round defeat.

They registered seven tries with the result wrapped up by an Ellie Cournane intercept effort and out-half Flannery’s second try of the game.

It leaves Munster, Connacht and table toppers and defending champions Leinster on five points each heading into the next two weekends, which will see Leinster visiting Munster before Mick Bolger’s Blues host Connacht in that rearranged clash.

Ulster came under immediate pressure from the kick-off, knocking on and then conceding a penalty but their scramble defence managed to keep out threatening winger Cournane.

Strong running from Flannery, Cournane and prop Ciara Fleming quickly brought Munster back up into the opposition 22, and nice offloading from Flannery and Emily O’Regan released Clarke to score in the right corner.

Despite the McGrath-led resistance with Maebh Clenaghan also picking up a turnover penalty, 8-0 became 15-0 nearing the quarter hour mark when out-half Flannery showed a clean pair of heels to the Ulster defence.

The Ireland U-18 15s and Sevens international shrugged off a tackle from Cara O’Kane and beat two more defenders to score from the edge of the visitors’ 22. Flannery also converted from the left. 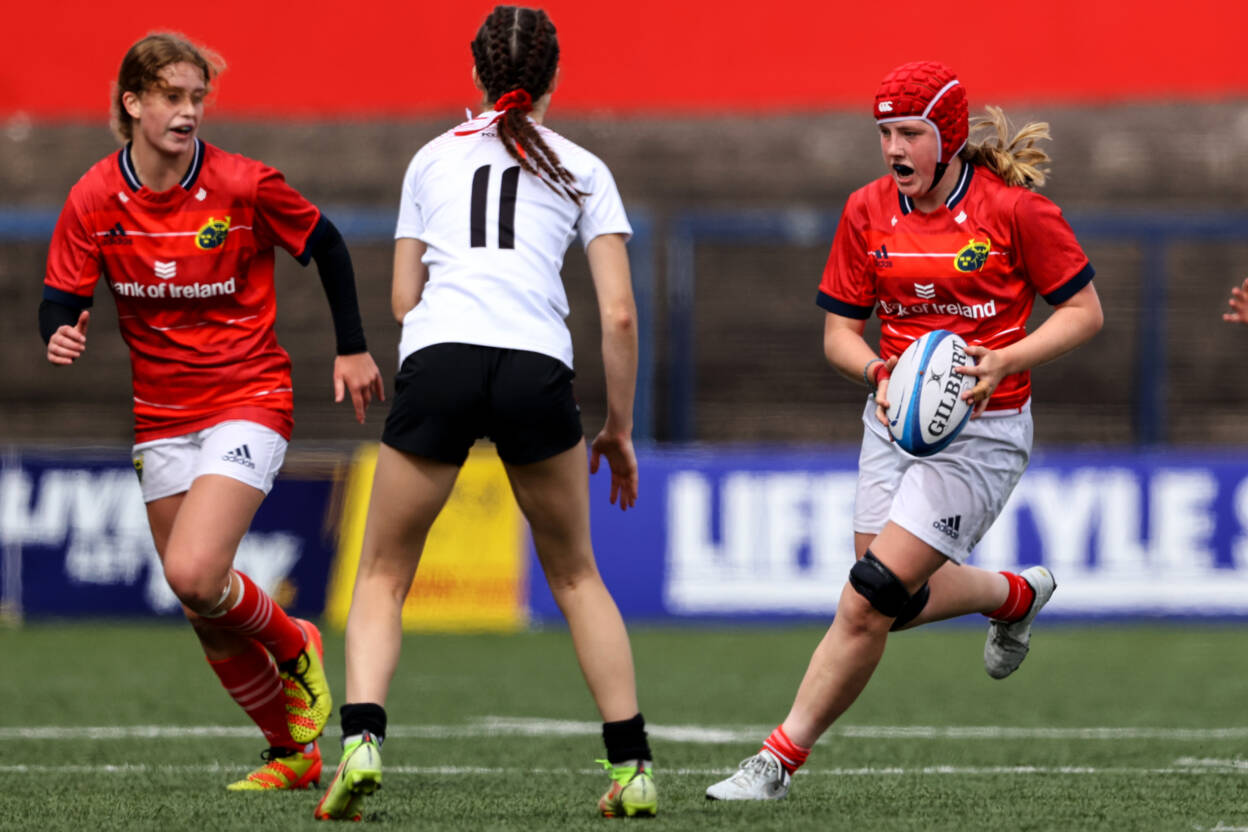 Centre Finn’s well-won turnover was answered by another relieving penalty won by the excellent McGrath, yet Munster remained on the front foot and good handling from the backs sent Clarke over out wide again.

After Munster’s maul had gained ground, quick-witted full-back Ellen Boylan weaved in past three defenders before Finn took the points on offer from a penalty, making it 23-0.

Good hands, this time from front rowers Aoife and Ciara Fleming, then set up Finn to unleash Clarke down the right wing from just inside halfway. The Ennis flyer took off and rounded Sophie Meeke to complete her hat-trick.

Finn left-footed the difficult conversion through the posts for good measure, and it was her terrific touchfinder that set up the five-metre lineout from which Munster struck for their fifth try.

Hooker Fleming went close from the maul, the quick ball generated from the ruck snapped up by number 8 Beth Buttimer who squeezed over by the right corner flag. Munster went off at half-time leading 35-0. 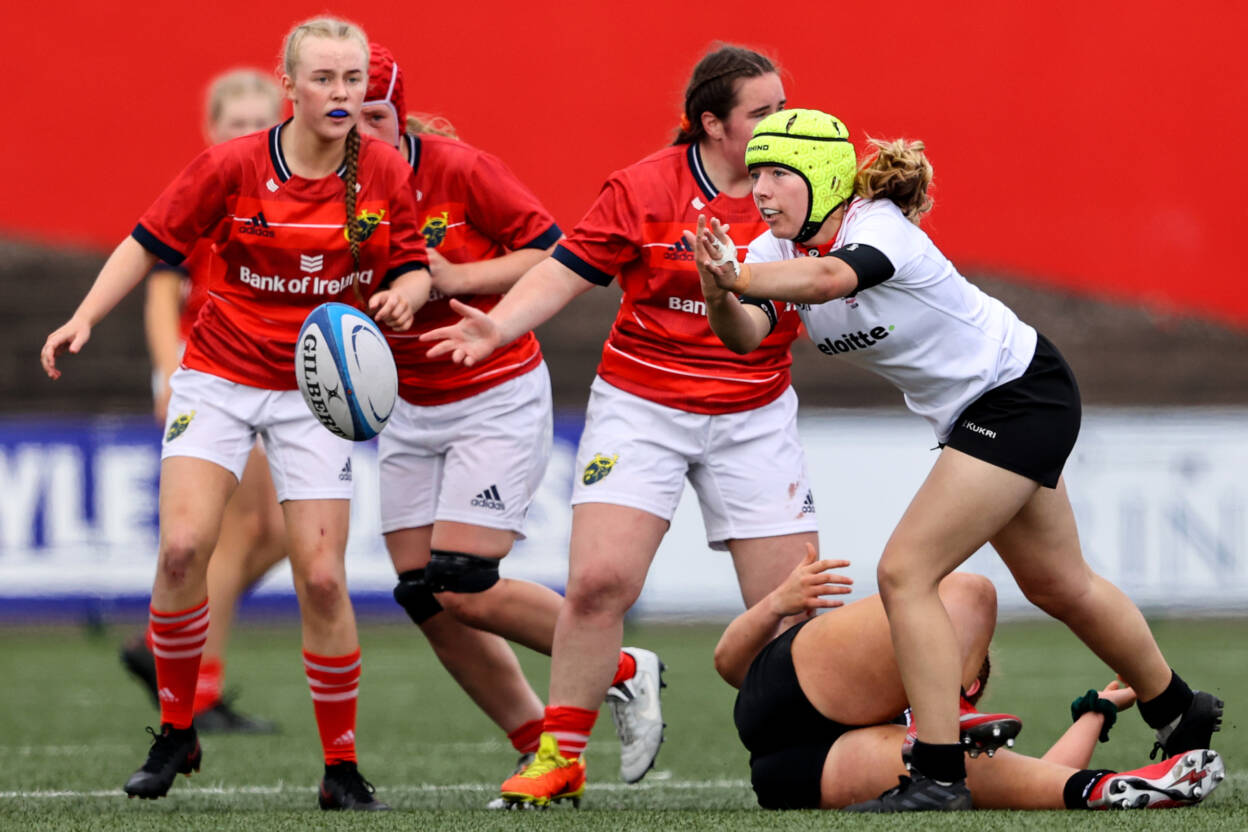 Ulster came more into it in the second half, but Cournane intercepted a Molly Boyd pass just outside the Ulster 22 to get her name on the scoresheet in the 44th minute.

Finn continued to impress, this time ripping the ball free in contact as Munster teed up Flannery to dummy and ghost through a gap, showing good strength to touch down despite a cover tackle.

That 51st-minute score proved to be Munster’s last, with Ulster using a close-in lineout to hammer at the try-line. A couple of phases later, replacement Maia Finane grounded the ball in determined fashion for her province’s first points of the Championship.

Tara O’Neill was unable to convert but Ulster made sure they produced a strong finish to the match, earning more territory and building phases with a couple of penalties and a scrum won against the head.

Replacement front rower Seonaidh Douthart forced a penalty at the breakdown, but the lineout did not work out for the Ulster girls. A series of knock-ons by both sides led to a scrappy conclusion on a day that Munster were convincing winners. 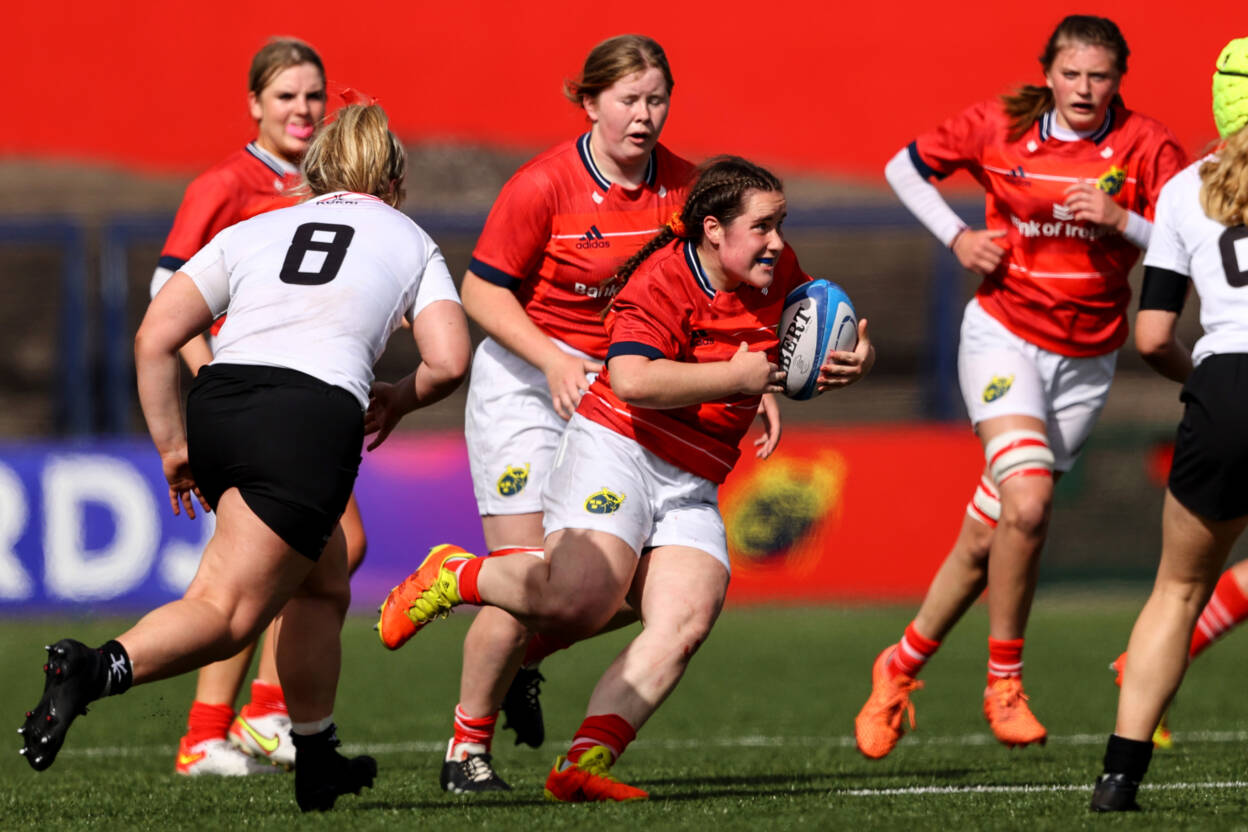