Three of Ireland’s new caps from their historic summer tour are set to make their Energia All-Ireland League Women’s Division debuts with Old Belvedere, while Wicklow will field an incredible five sets of sisters in their opening fixture.

The Women’s AIL bursts back into life this afternoon, with a repeat of last season’s 3rd-4th place play-off taking place at Ollie Campbell Park where Old Belvedere host UL Bohemians.

Belvedere, who have brought in 2013 Grand Slam winner Tania Rosser as attack coach, are out for revenge after losing that game 19-7 at Energia Park last February.

Fresh from her international debut in Japan, talented teenager Aoife Dalton (pictured below) will make her club bow at outside centre. Fellow Ireland tyros, Dannah O’Brien and Emma Tilly, are on the ‘Belvo bench.

Dual international Deirbhile Nic a Bhaird packs down at number 8 against her former club UL, who have captain Chloe Pearse, another of the Japan tourists, primed to carry hard off the back of their scrum.

Niamh Briggs’ Bohs have retained the majority of last year’s squad, including out-half Rachel Allen who said: “We didn’t finish where we wanted to last year, but I think we gained a lot of experience from that. Hopefully we can bring it forward for this year.” 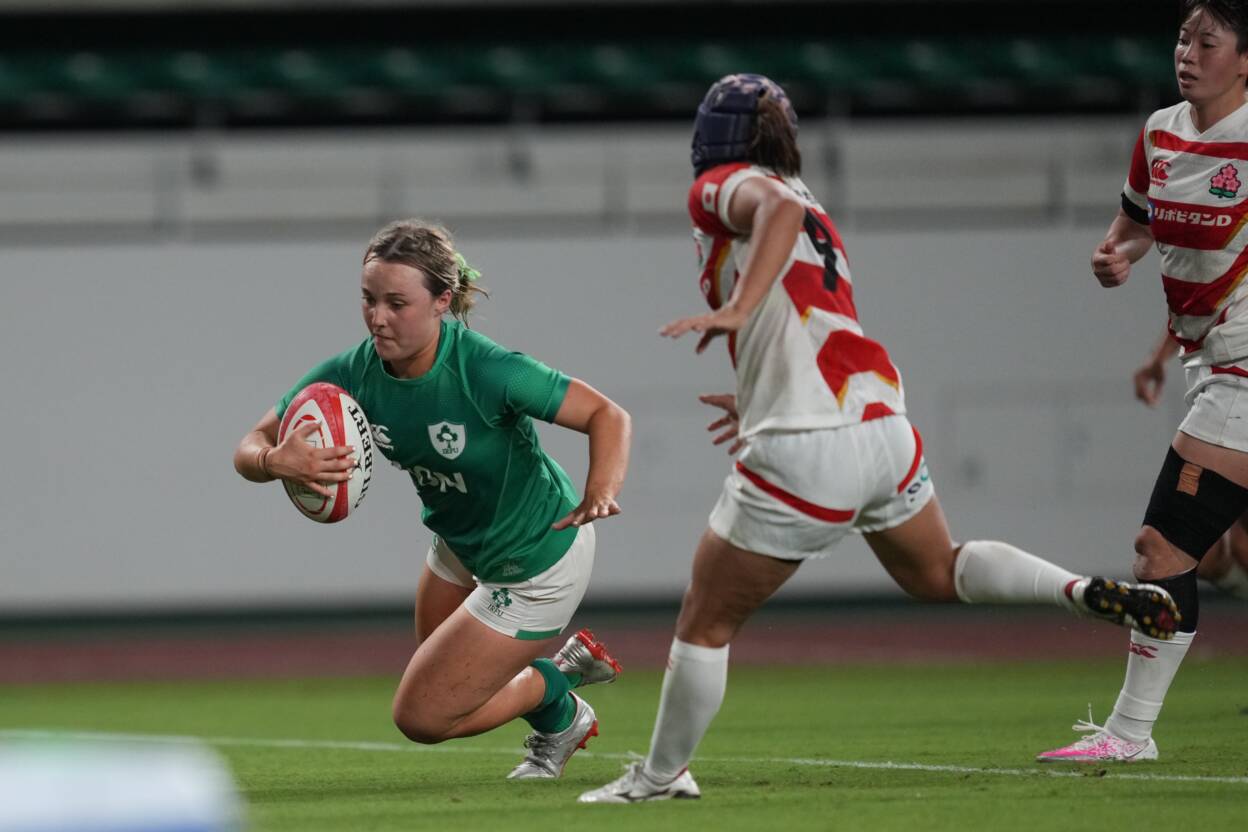 Sisters will be literally doing it for themselves at Ashtown Lane where Wicklow’s matchday squad contains five sets of siblings – the Griffeys, Molloys, Roberts, Schmidts and Stones – on a very proud day for the club.

Aoibhin Stone and Rachel Griffey are both back from long-term injuries, and Roisin Stone, who starts at scrum half, and Leah Murphy make the step up from Wicklow’s Leinster League-winning Under-18 side from last year.

Caoimhe and Orla Molloy will both line out against their former club, with Wicklow captained by Niamh Ni Dhroma at hooker, in the injury-enforced absence of regular skipper Erin McConnell and vice-captain Lauren Barry.

Wicklow head coach Jason Moreton commented: “This is an exciting starting line-up and we’re looking forward to seeing them back out on the pitch against a very experienced Blackrock team.

“We’re hoping to do better than last season. We’re starting to build a nice young squad, creating competition for places. We want to speed up our game and attack the gain-line while creating more options in attack.” 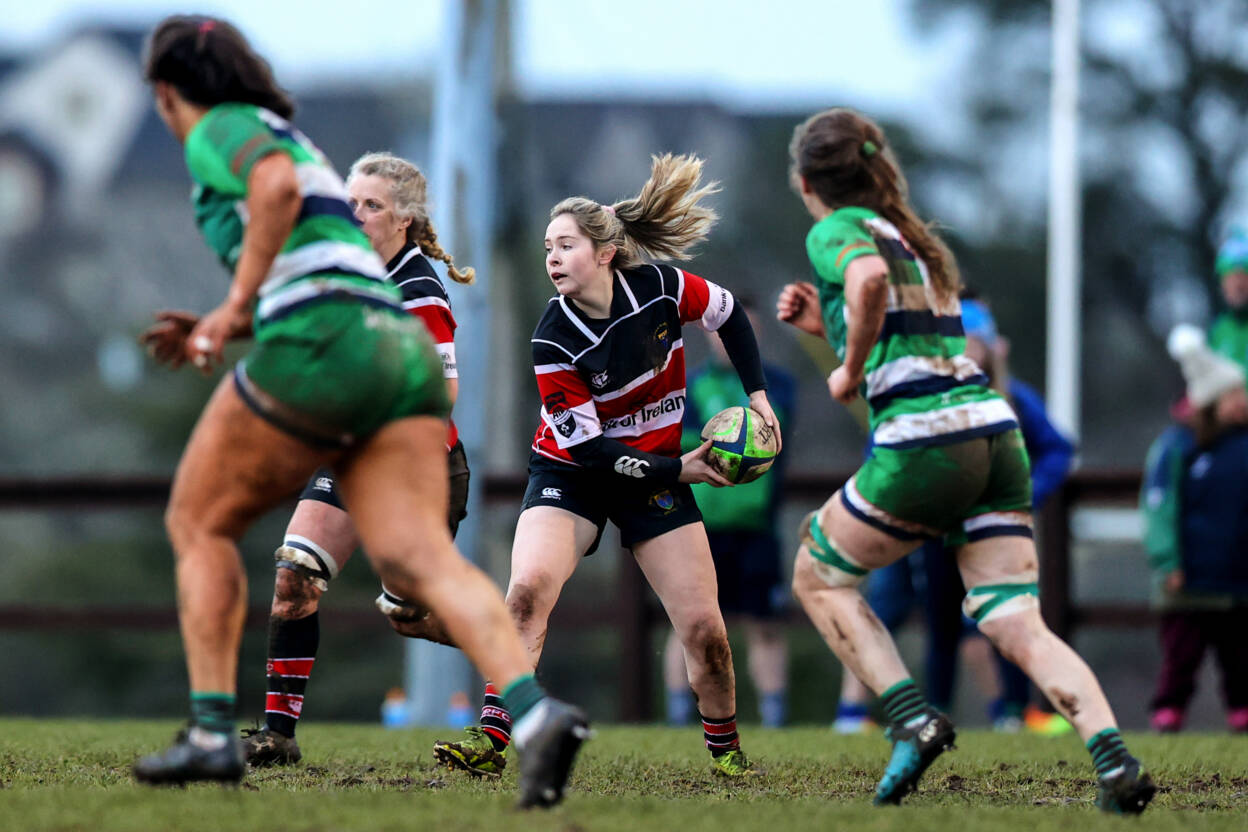 His Blackrock counterpart Ben Martin, whose charges were beaten finalists last February, has only lost one player to retirement, and their new signings have ‘really added strength to the group and given selection headaches’.

Back on club duty following Ireland’s recent two Tests in Japan, Emma Hooban starts at hooker and there are bench spots for Laura Feely, Méabh Deely, who turns 22 next month, and Natasja Behan.

Martin acknowledged: “Wicklow are physical and close knit, they’ve also seen a lot of young players now experience the AIL and what it takes.

“I expect, after their efforts through pre-season, that they will be looking to take an early mark at one of the finalists from last year.”

Blackrock captain Michelle Claffey, who retired from international rugby in May, added: “We have a new half-back partnership in Lisa Mullen and Maeve Liston (the Ireland Sevens international) who will look to control the game.

“Roisin Crowe returns to start on the right wing and will bring all her rugby league experience with her. We’re also excited to have Beth, Ella and Shannon Heapes making their debuts. Wicklow will present a tough challenge.”

Galwegians and Ballincollig clash at Crowley Park where the Blue Belles are unbeaten in five league games. They ran out 50-5 winners over Fiona Hayes’ Cork side last February.

However, Ballincollig should be capable of making it a much tighter contest today. Centre Jessica Kelleher, a Conference winner with Suttonians last term, has joined along with Rebecca O’Flynn (Kanturk) and Highfield’s Ellen Fehily.

Head coach Hayes commented: “There’s lots of new combinations in the back-line, we’re excited to see how they fare. The squad have worked hard in the gym for pre-season and, as a coach, I’m looking forward to seeing the transfer of that to the pitch.

“Galwegians are always a very strong, physical, well-organised team. We expect a huge battle up front, with a very well-managed kicking game from them.

“We have set goals of kicking on this season and hopefully having a lot more consistency in how we play each week.

“I’m hoping that the nerves that were present in the club’s first season have vanished, and each player feels that they deserve to be playing at this level and back themselves on the pitch.” 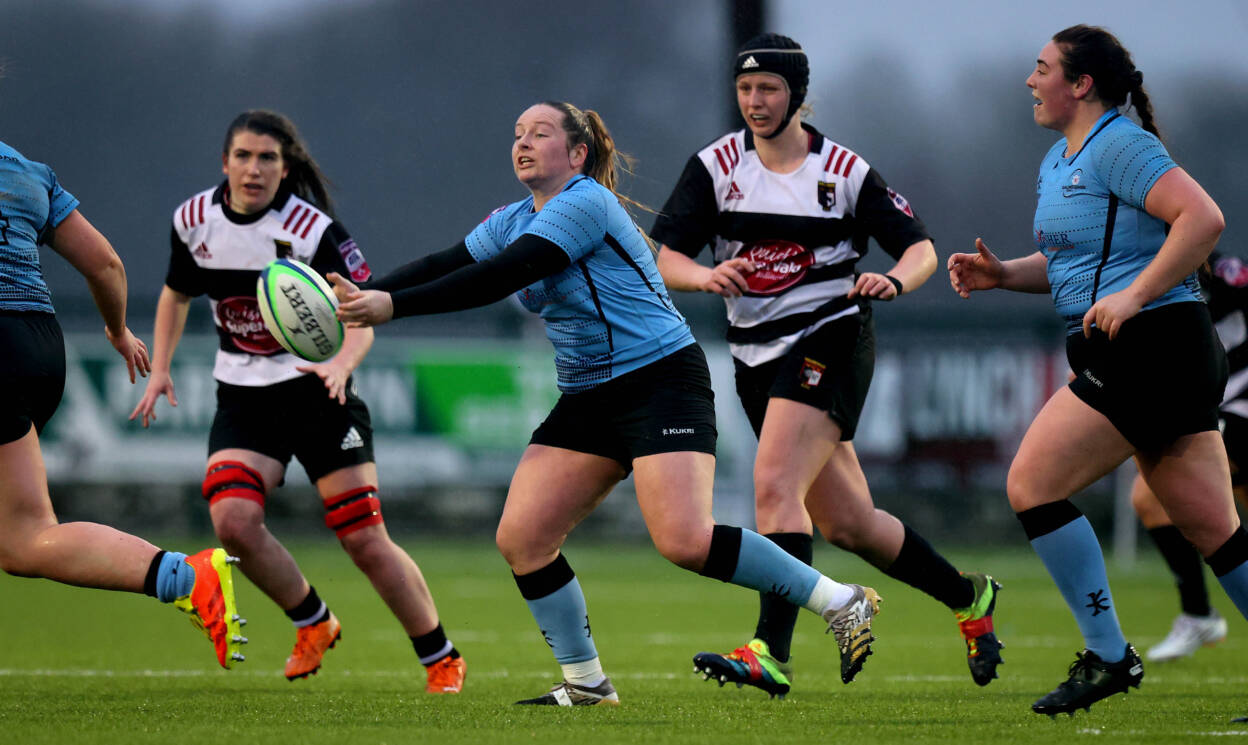 Galwegians lost to Sutts in that Conference final and will be eager to recapture their form from either side of last Christmas. Hooker Elizabeth McNicholas says they are coming into the new campaign with an ‘anything is possible’ attitude.

“We’ve got to back ourselves and play our own game,” said admitted. “One thing we’re definitely aiming to do this season is to bring home silverware to the west.”

This is Galway native Eoghan Maher’s first league match in charge of Galwegians. He is a former Connacht Academy and Buccaneers player, and has ‘Wegians AIL stalwart David Clarke assisting him as backs and skills coach.

Sligo native Nicole Fowley (pictured above) captains ‘Wegians from out-half and forms an exciting half-back partnership with 18-year-old Olivia Haverty, who is highly rated as a young player with plenty of potential.

New head coach Maher have some strong ball carriers up front in the form of Niamh O’Grady, Nolwenn Dubois and Lisa-Marie Murphy, and their bench options include Orla Dixon and wily Ireland-capped scrum half Mary Healy.