Munster are the new PwC IRFU Under-18 Boys Schools Interprovincial champions – winning the title for the first time since 2014 – after defeating Ulster 38-0 at Musgrave Park.

Having accounted for reigning champions Leinster last week on a 19-17 scoreline, Fiach O’Loughlin’s youngsters got the job done on home soil to win the shortened tournament with Connacht not involved.

Leinster and Ulster will battle it out for second place at Energia Park next Saturday evening, but the Kevin D Kelleher Cup has a new home in Munster for the next year following back-to-back victories for the Jack Ryan-led side.

In their first outing of the Interprovincial series, Ulster quickly got on the front foot, a nice move off a scrum seeing winger Rory Fulton gain ground before David Armstrong also had a snipe around the fringes.

It was a fast-paced opening from both teams, influential full-back Jed O’Dwyer countering with some nice acceleration before a penalty saw Jordan McAuley find a brilliant touch, just five metres out from Munster’s try-line.

Following a strong set-up from the lineout drive, Ballymena Academy hooker Callum Mustoe should have notched a try but he agonisingly lost control of the ball in the act of scoring.

Although Tom McAllister and Ulster skipper Finn Fehnert swarmed over the breakdown to win a penalty, a breakthrough score remained out of reach until Munster began to go through the phases.

O’Dwyer and Coughlan carried a considerable threat out wide, the latter having a try ruled out for a forward pass before St. Munchin’s College openside Minogue was held up from a maul in the left corner. 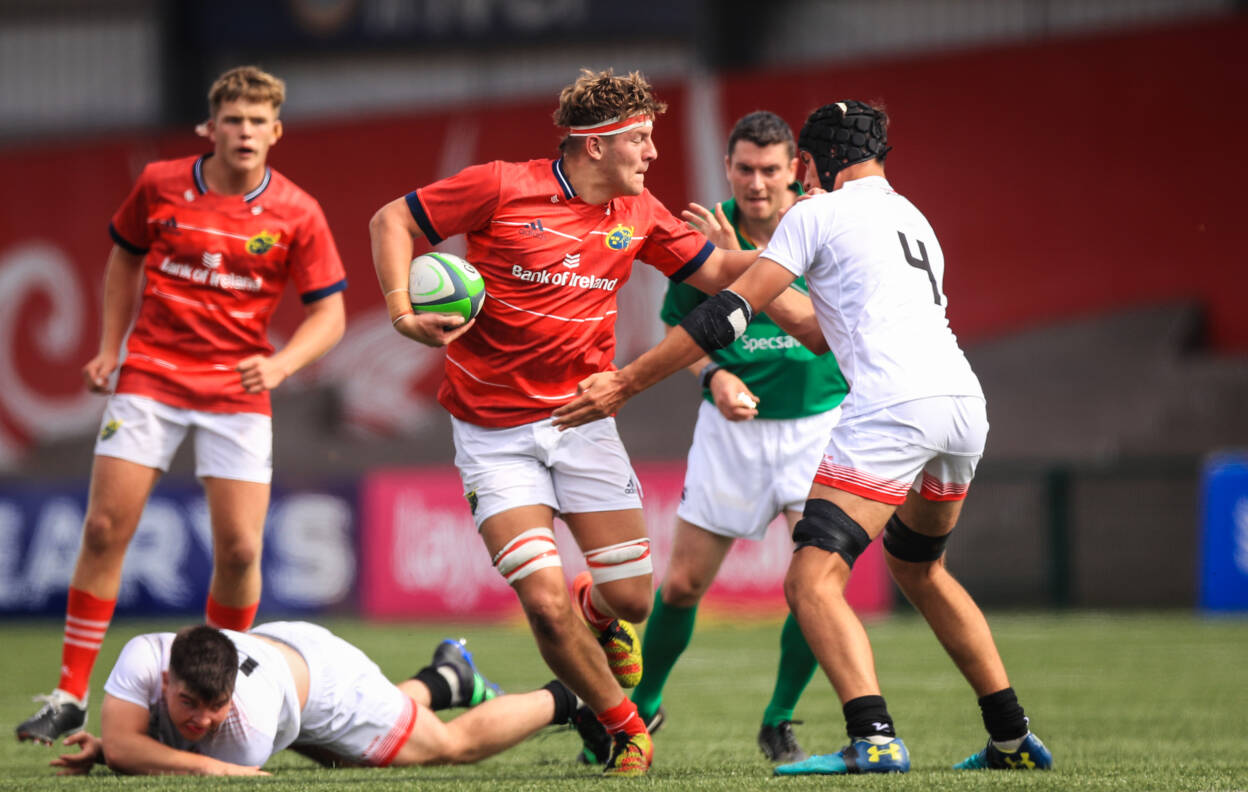 Luke Murphy (pictured above) carried well as Munster came hunting again from the goal-line drop out, quick bell being generated for Davey to put Gene O’Leary Kareem darting up into the 22 and he fed winger Coughlan who jinked around the covering Armstrong to score.

Centre O’Leary Kareem’s well-struck conversion from near the right touchline gave the hosts a 7-0 lead, midway through the first half, and just three minutes later they were a dozen points to the good.

Backs and forward combined in another purposeful attack, drawing a penalty which set up a lineout drive in the right corner from which Casserly, who had connected with Michael Foy in the air, plunged over for his opening try.

Fehnert forced a turnover penalty in response, yet a crooked lineout throw, combined with another big carry from number 8 Murphy and a Te Pou kick chase, sent Ulster back into their own 22.

A loose pass handed Munster a lineout and they needed no second invitation, second row Foy’s clean take setting up the surge from 10 metres out and Casserly duly extended the lead to 17 points. 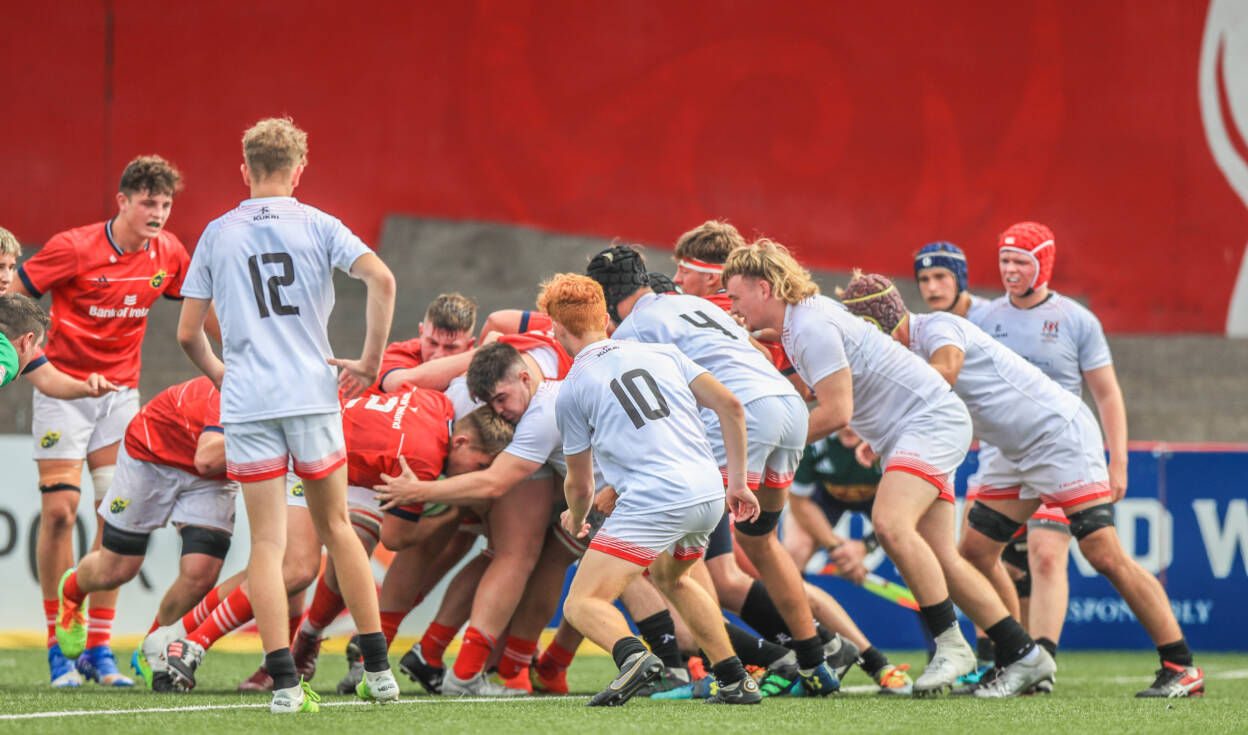 Tighthead Emmet Calvey and Marcus Lyons both went close as the home side pressed for the bonus point score before half-time. It arrived when tall centre Gavin O’Riordan went the direct route, and the inrushing Minogue managed to touch down from the ruck.

The conversion was swung over by PBC Cork’s O’Leary Kareem, making it 24-0 at the interval and leaving Ricky Andrew’s Ulster charges with a huge amount to do in order to get back in touch.

They shored up their defence early in the second period, a threatening break that saw the skilful O’Leary Kareem launch O’Dwyer through a midfield gap ended with Fraser Cunningham bundling Te Pou out over the touchline.

A barnstorming maul won back some very good territory for Ulster, and both defences continued to hold firm with a number of kicks well covered and tackles completed.

Ulster also got a better grip on the Munster maul, this time Wallace High School loosehead Joshua Hanna getting in to disrupt and force it to ground. 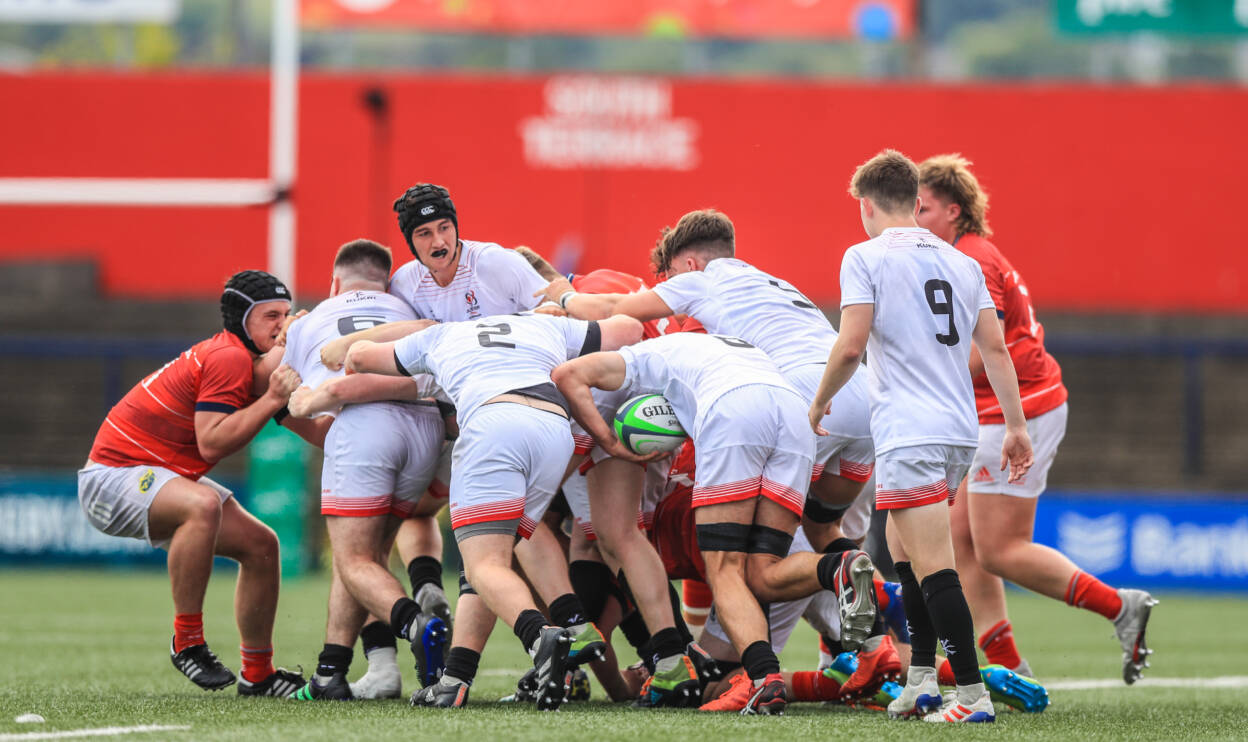 The error count increased during a scrappy spell, a territory-starved Ulster were still much improved defensively and Te Pou had an untimely knock-on as Munster went wide with the real prospect of another try.

Replacement Joe Costello was pulled back for a forward pass as another Munster chance went abegging, and O’Dwyer was narrowly denied after a jinking run from O’Leary Kareem had taken him past two defenders.

Ulster eventually gave way with five minutes remaining, the try going to Crescent College Comprehensive out-half Davey who crossed to the right of the posts courtesy of an O’Dwyer pass. O’Leary Kareem added the extras.

Winger James Hillman provided a late spark for the visitors, making metres on the left and then following up his kick chase to give Ulster a five-metre scrum.

Frustratingly, some ‘afters’ saw replacement Daniel Moore penalised and the opportunity was lost for Andrew’s charges. In response, Munster managed to close out the game with a clinical finish on the 70-minute mark.

The hard-working Te Pou deservedly raided over from the left to profit from Murphy’s muscular initial burst and offload, followed by some equally deft handling from O’Leary Kareem and O’Dwyer. 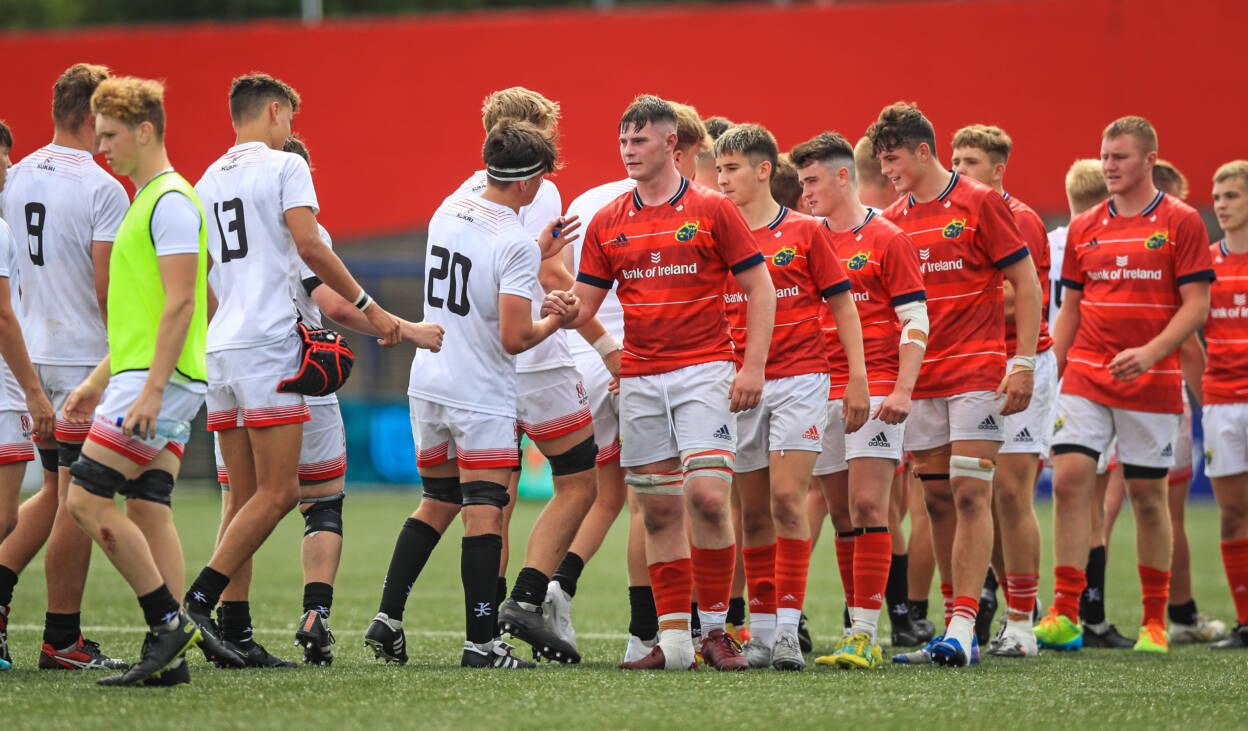 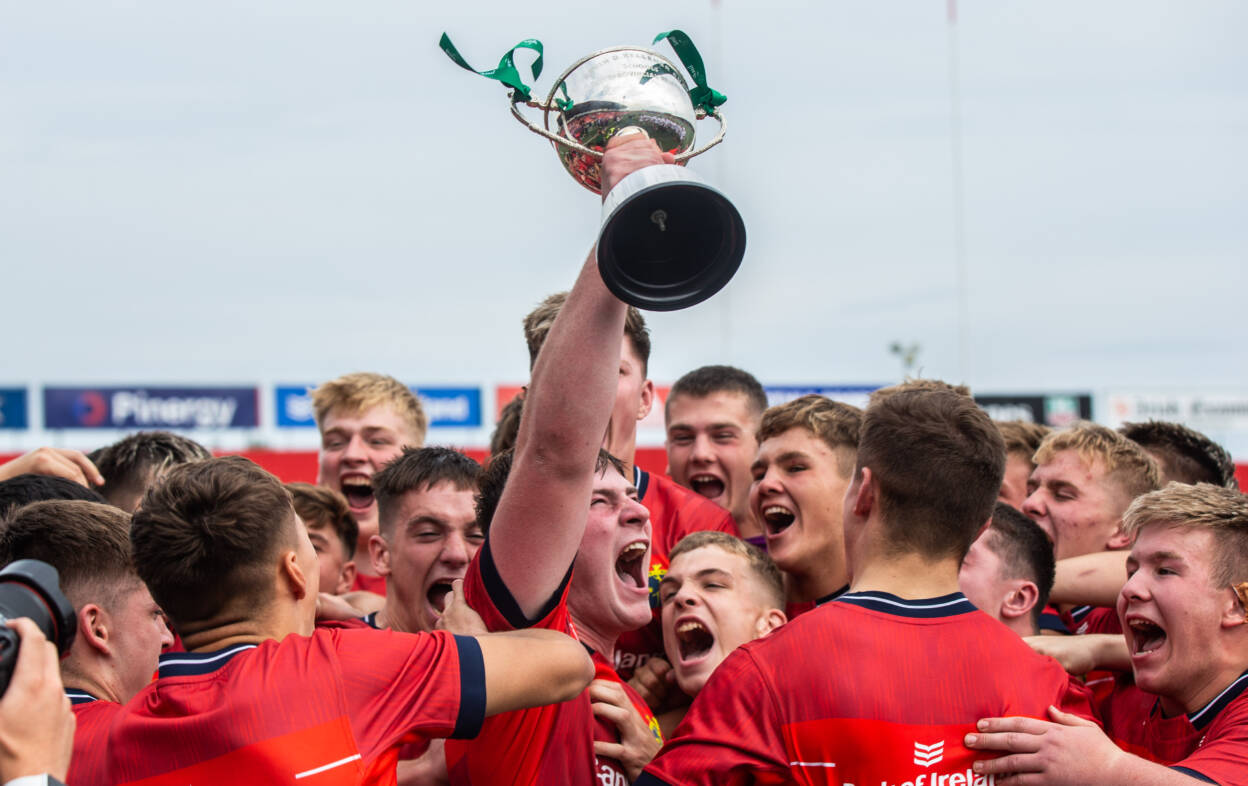