The Ireland Men’s Sevens squad, sponsored by TritonLake, has been named for the final leg of the HSBC World Rugby Sevens Series in Los Angeles this weekend.

Coming off the back of strong performances in Toulouse and London in May, James Topping‘s side currently sit fifth in the World Series standings heading into the finale of the 2022 season at Dignity Health Sports Park, the home of LA Galaxy.

A 15-player squad, captained by Billy Dardis, arrived in Los Angeles on Monday to finalise preparations for the first LA Sevens since 2020.

Terry Kennedy will be looking to continue his rich vein of form having been one of the standout performers on the World Series, with the 26-year-old leading the top try-scoring charts with 47, nine ahead of Australia’s and Corey Toole and Marcos Moneta of Argentina.

While this week’s focus is on finishing an excellent World Series campaign with a flourish, Ireland will also have one eye on building towards the upcoming Rugby World Cup Sevens in Cape Town, which takes place between 9-11 September.

Ireland have been paired in Pool C alongside France, Wales and Fiji, with all the action live on the World Rugby stream here.

Commenting ahead of the tournament, the Ireland Head Coach said: “It has been a pleasing World Series season for us so far, particularly as we’ve introduced a number of new players onto this stage since the turn of the year, and the squad are motivated to finish as strong as possible in LA.

“It was a big achievement for the group to reach our first World Series final in Toulouse in May and coming off the back of a Rugby Europe campaign in June and July, we are excited to return to action this weekend. We are also building towards the Rugby World Cup Sevens and performing well in LA will be an important stepping stone for us towards Cape Town.” 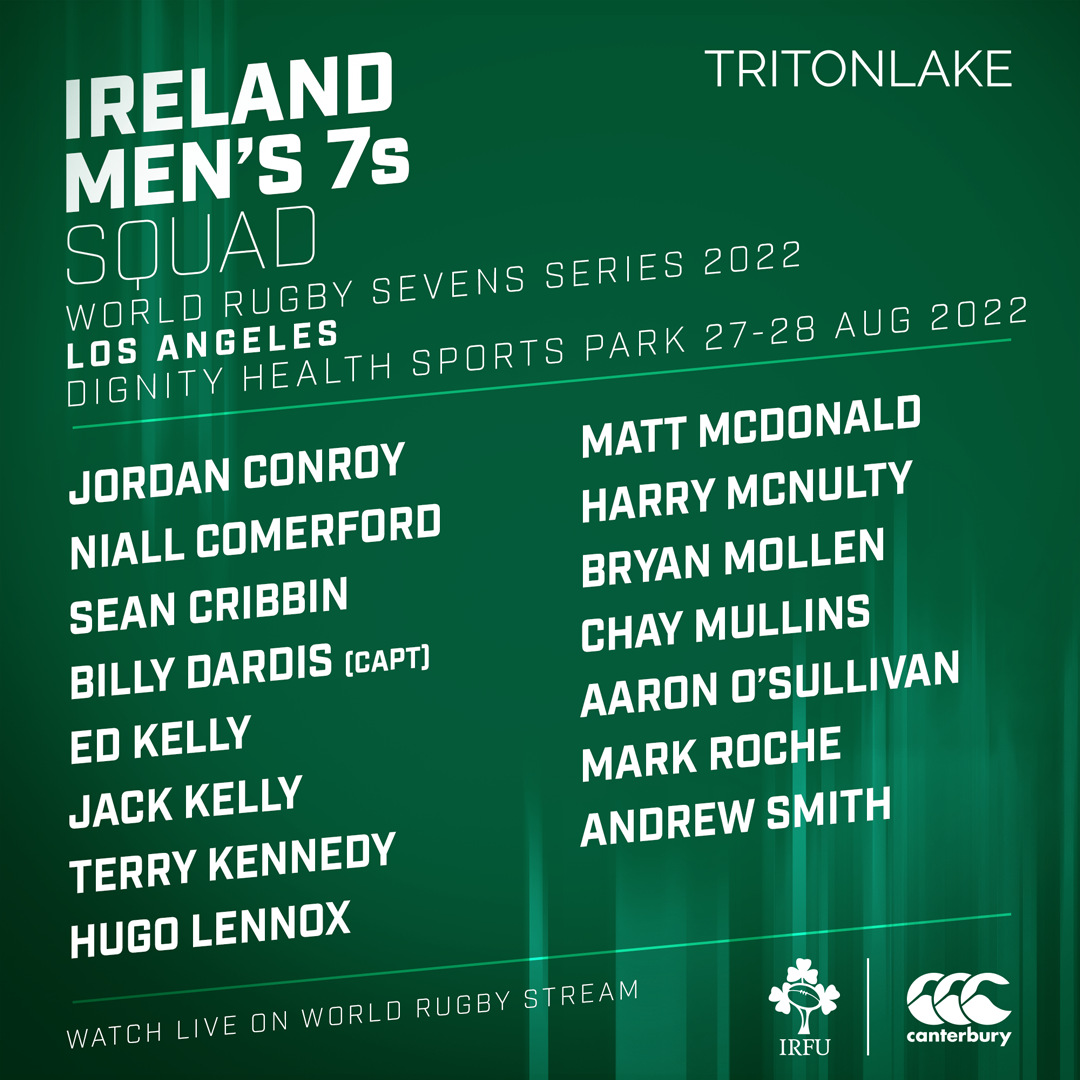 All matches live on the World Rugby stream here.