Four months on from his Guinness Six Nations debut, Kieran Treadwell is determined to make the most of a rare start in the green jersey in Hamilton later today.

His consistent performances with Ulster earned him a recall to the Ireland squad earlier this year, and he was sprung from the bench during the final quarter of both wins over Italy and Scotland.

A debutant on tour to Japan in 2017, Treadwell has not made an international start since then. There are no caps on offer for tonight’s clash with the Māori All Blacks, but the game still has plenty of significance for the 26-year-old and his team-mates.

Part of a youthful Ireland selection, which includes Leinster talent Joe McCarthy as his lock partner, he said: “Any opportunity to represent your country is massive personally, and for the people around me in my circle as well.

“I just want to go out there and stick to what I know and put a performance out there. We’re all eager to play. We’ve been training hard and rather than take knocks out on of each other, we’re going against an opposition now so it’s quite nice and refreshing.

“The boys are excited in camp and you can tell everyone is really just backing us to put a good performance out. We’re really looking forward to it.”

Treadwell admits it is ‘a massive pinch-me moment’ to tour New Zealand with the national team, and it all starts with a mouth-watering encounter with the Māori and the chance to blood five uncapped players.

The big Ulster second row is one of 11 players in the Ireland XV with five or less caps, but he has bags of experience as a centurion with his province and will bring leadership to a fresh-faced Irish pack.

21-year-old Academy player McCarthy has enjoyed a rapid rise this season, from playing regularly with Dublin University in the Energia All-Ireland League to making his Leinster debut in January – followed by Champions Cup selection – and earning a call-up for the Ireland tour. 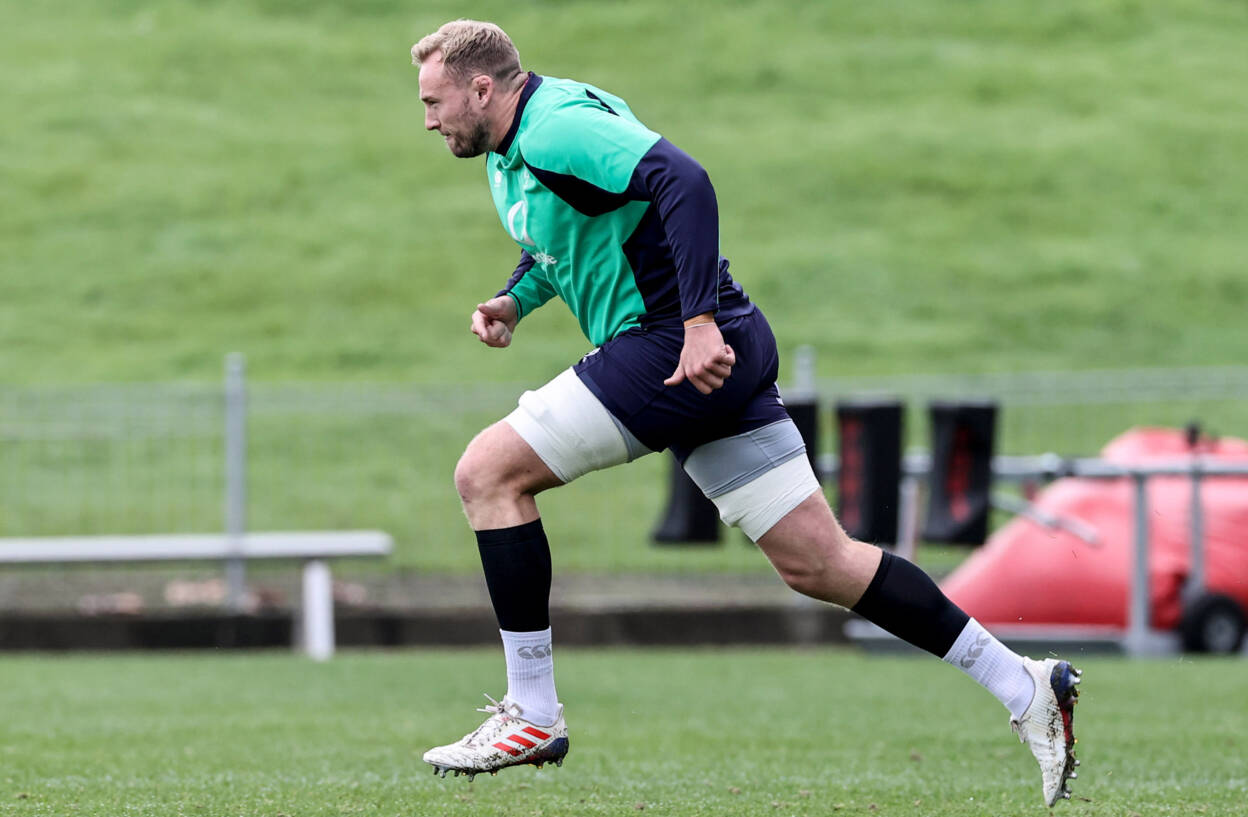 Impressed by McCarthy so far, both in terms of his stature and work ethic, Treadwell commented: “Joe is a big guy, very athletic, good hands, quite a specimen really. Obviously coming into camp he’s very eager to learn.

“He’s asking the right questions. Always taking good advice, giving advice, so he’s got that platform where he can feel like he can say things that he needs to say and put points across.

Really excited to see how Joe goes (tomorrow). Obviously we’ve got quite a young side out, a few young people in quite a few pivotal roles.

“It’s good, they’ve stepped up to the plate in meetings and stuff like that, had a clear mindset and everybody’s really supporting each other. There’s definitely a team of leaders out there. It’s going to be exciting to see.”

Ireland will be led out at FMG Stadium Waikato by Bundee Aki, who returns to the ground where he won a Super Rugby title with the Chiefs back in 2013.

Aki has a vocal presence on the pitch and can be a real nuisance to play against. Understandably, Treadwell is delighted to have the Connacht star back as a team-mate for the first time since that Triple Crown clinching-win over Scotland.

“Playing against Bundee and playing with him a few times, you know he’s going to bring that passion. He’s one of those people that I would definitely follow into battle.

“He’s definitely going to put everything out there and say to the lads, ‘look at me and follow me into battle’.” 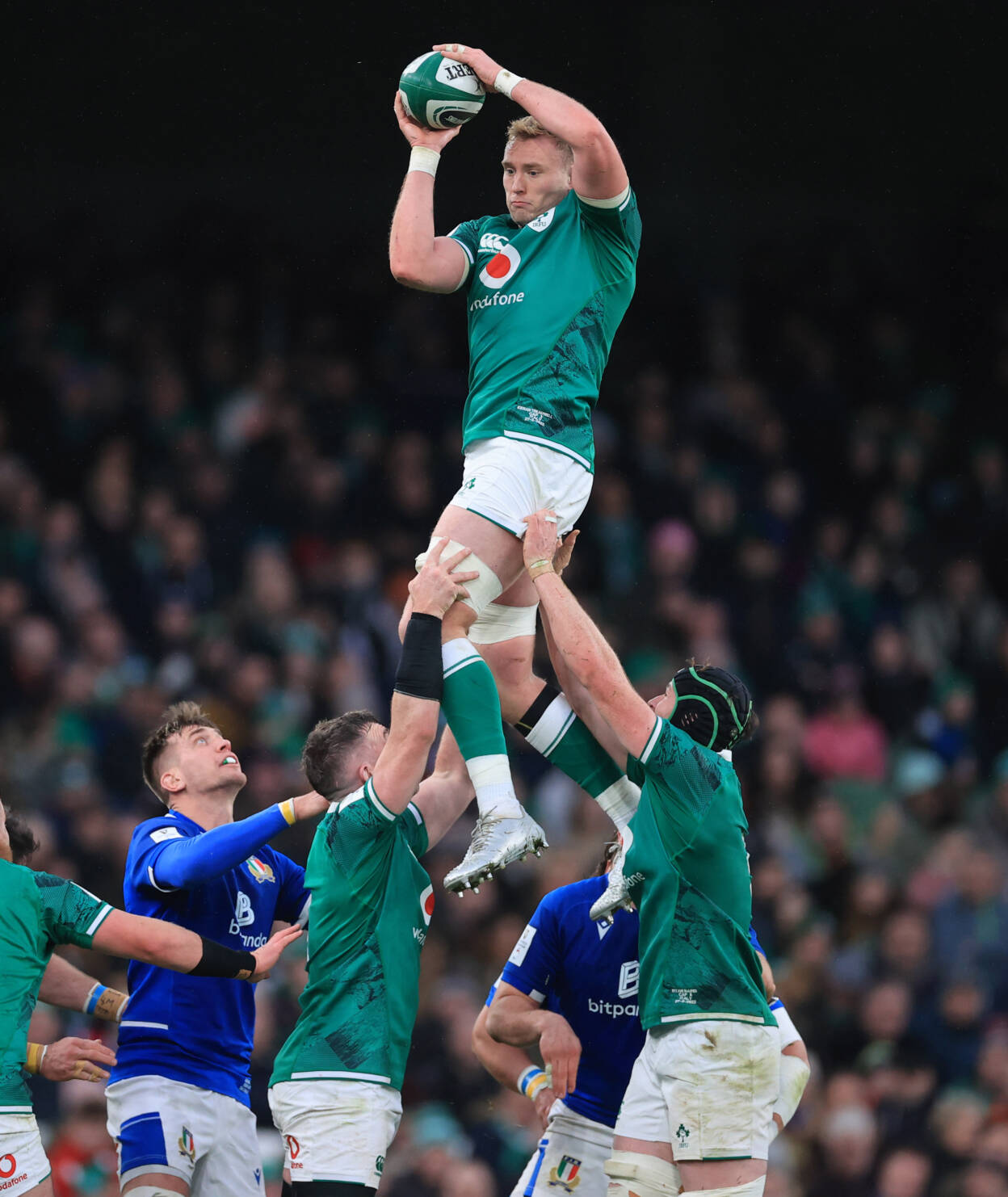 Both camps are heading slightly into the unknown tonight with Ireland lining out with new combinations dotted around the pitch, while the Māori – with ten debutants on board – have not played since last summer’s series win over Samoa.

Acknowledging the importance of a strong start against unpredictable opponents, Treadwell added: “They’re a very passionate team, the Māori are going to want to play expansive rugby. But, again, they’ll be very physical and taking it to us.

“We can’t be put on our heels, we have to be basically taking it to them really. The start of the game is going to be massive for both sides, so hopefully it all falls into place.

We all want to go out there and put our best foot forward. It’s the start of our journey really now that we’re here. We want to lead from the front and make sure that we put out a clear path for the games to come.

“They’re an expansive team, they like to play ball, play rugby. (We) just have to be ready for everything, anything that can be thrown our way we have to be prepared.”