IRFU referee Joy Neville has been named in an 18-strong team of match officials for Rugby World Cup 2021 which will be led by an all-female team of referees.

Neville, who refereed the 2017 Rugby World Cup final, is selected for her second tournament along with Aimee Barrett-Theron.

I’d like to congratulate Joy on her appointment to the RWC Referee Panel. This will be her second World Cup and having recently returned from maternity leave, it is testament to her drive and hard work that she has been selected.

“Joy has been and continues to be a leader in Women’s rugby as a player and as a referee, and this is a hugely deserved honour.”

Selection for the pinnacle tournament in Women’s 15s rugby follows a comprehensive review of match official performances over the last four international windows and features an exciting blend of youth and experience.

The highly-anticipated tournament, which runs from October 8 to November 12, 2022, will take place in New Zealand and be the first time that the women’s edition has been hosted in the southern Hemisphere.

For England’s Sarah Cox, New Zealand will be her fourth Rugby World Cup after she refereed at Ireland 2017 and was an assistant referee in 2010 and 2014.

An assistant referee in 2017, this will be Hollie Davidson’s first Rugby World Cup with the whistle. Maggie Cogger-Orr, Aurélie Groizeleau, Lauren Jenner, Clara Munarini and Amber McLachlan will all make their Rugby World Cup debuts in New Zealand later this year. 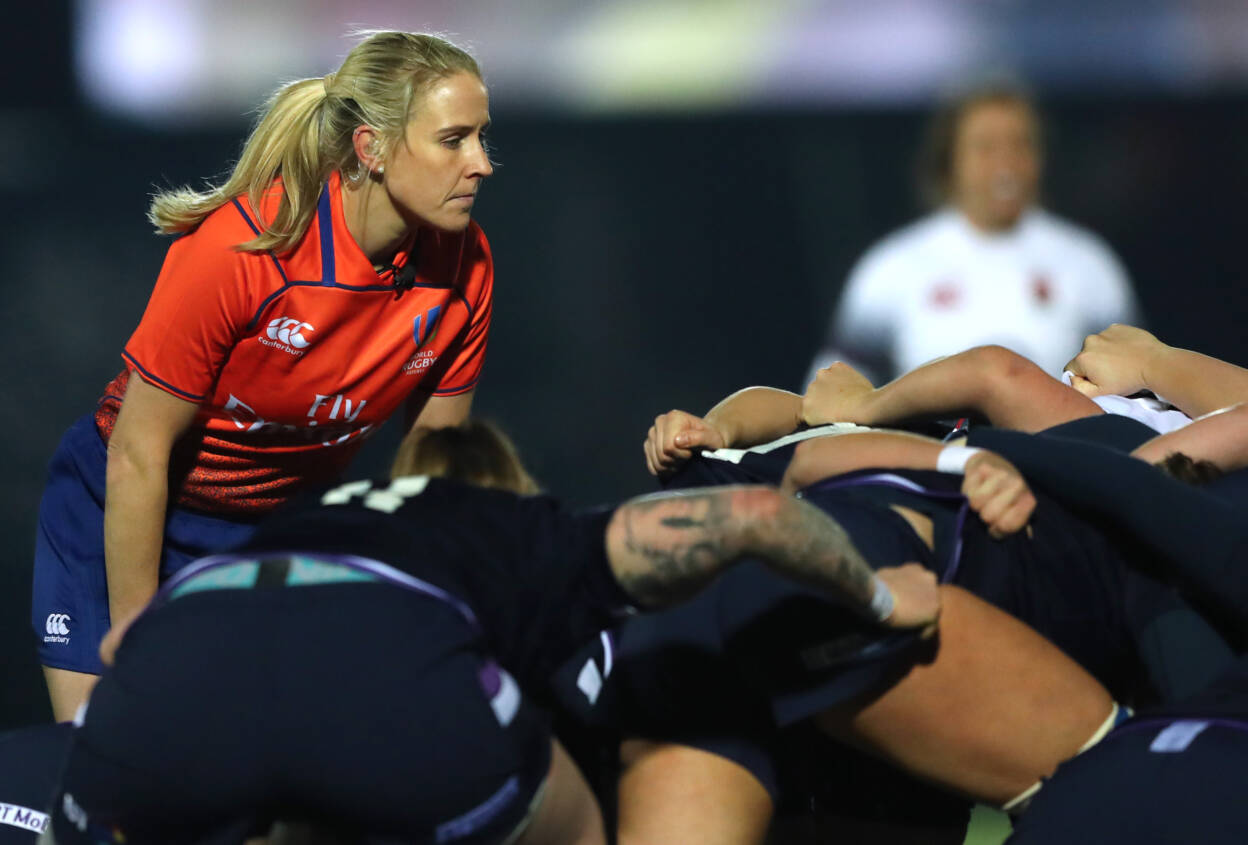 World Rugby Chairman, Sir Bill Beaumont, said: “I would like to congratulate the 18 match officials selected to officiate Rugby World Cup 2021. The Rugby World Cup is the pinnacle event in 15s rugby and to earn selection – whether you’re a player or a match official – is a huge achievement and something to be extremely proud of.

“15 of the 18 match officials selected being female not only demonstrates the strength and depth of elite level match officials across the globe, but also the commitment that World Rugby and its member Unions have made to developing women in rugby and increasing the visibility of females within our sport across multiple pathways.

“Rugby World Cup 2021 promises to be an exceptional celebration of Women’s rugby and we wish the team of match officials the very best for their final months of preparation.”

World Rugby Referee Talent Development Manager, Alhambra Nievas, added: “After a comprehensive process we are delighted to be able to confirm the team of match officials for Rugby World Cup 2021.

“Selection followed a rigorous process that was based on merit and form, and with such strength and depth in the pool of match officials we are fortunate to work with, selecting a final team of 18 was not easy.

“I’d like to personally congratulate everyone on their selection and thank all of those involved in the process. We have been working hard to foster a strong team ethic among the group – something that is just as important for match officials as it is for players.

“Trust and cohesion are vital, and we look forward to seeing the hard work pay off on the field of play in New Zealand.”

Following its postponement from 2021, the Rugby World Cup will kick off at Auckland’s Eden Park on October 8, 2022 as 12 of the world’s top Women’s 15s teams go head-to-head to determine who will be crowned champions.